DraftKings has plunged further into the world of Web3, embarking on a project with NFT brand Deadfellaz. 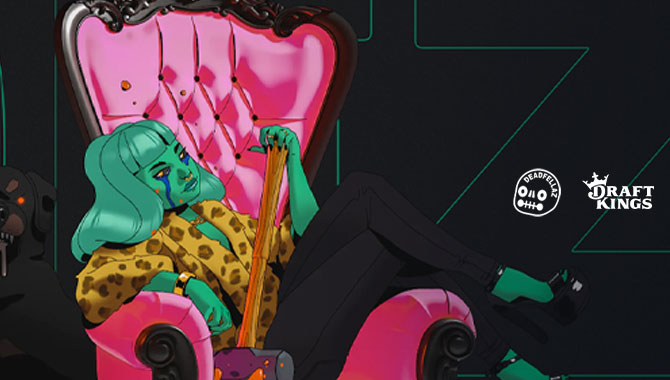 Together, they will “transform” 13 pro American football stars into so-called “NFT player cards,” which are scheduled to drop on DraftKings Marketplace on 25 October.

Nick Chubb, Jalen Hurts, Alvin Kamara, Kyler Murray, Deebo Samuel and Matthew Stafford are among the featured athletes, while additional players will be announced at a later date.

The tokens will be eligible for use in Reignmakers Football, DraftKings’ “NFT-based fantasy football-style game.”

Players will be able to include these new cards in a line-up starting on 30 October and can then use them for the remainder of the season.

Betty and Psych, Deadfellaz Co-Founders, said: “We are thrilled to be working with DraftKings on this collection. We love building bridges from the Web3 space into other communities like fantasy sports fans.

“This collaboration with Reignmakers provides a strong opportunity to innovate and bring the value of Web3 to the fantasy sports industry.”

DraftKings has announced several partnerships related to NFTs and Web3 this year. For example, the company teamed up with the UFC to launch a series of digital collectibles in June.

“Deadfellaz have established themselves as one of the most culturally relevant and impactful NFT projects in Web3 to date,” said Matt Kalish, Co-Founder and President at DraftKings North America.

“With this collaboration, we are connecting our communities to create a Reignmakers Football experience with a Deadfellaz twist that we believe you can’t get anywhere else.”