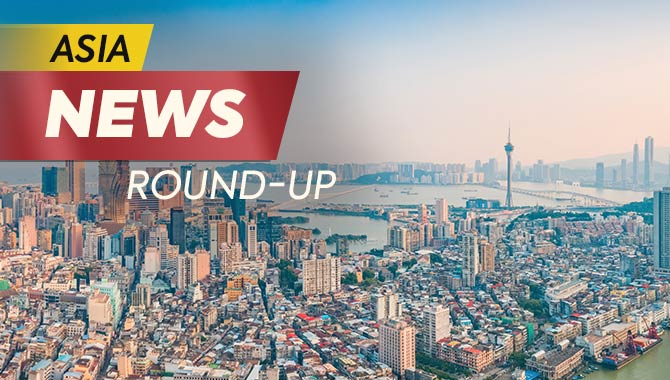 This is largely attributable to the return of e-visas which allows for local, quarantine-free travel to and from China’s mainland.

However, despite these gains, October’s GGR represented an 11% decline from October 2021, when GGR amounted to MOP$4.36bn.

The figure comes amid a mixed time for the region. Earlier this week, a dealer allegedly tested positive for Covid, with three further people subsequently returning positive results.

In response, Macau’s Government announced a new round of testing in the city. It comes as China’s zero-Covid policy sees no signs of easing up, with the origin of the virus, Wuhan, recently heading back into lockdown after another outbreak.

Even though revenue was higher for October, February’s figure of MOP$7.75bn remains the highest total of 2022 so far, as well as representing the only month in which GGR grew year-on-year.

Oz online operators must use new RG tags from March 2023

Online operators in Australia will be forced to ditch the “Gamble Responsibly” message from betting ads starting in March 2023.

Instead, operators must use new taglines on their advertisements to prompt gamblers about the consequences of losing a bet.

New taglines include: “Chances are you’re about to lose,” “Think. Is this a bet you really want to place?”, “What’s gambling really costing you?” and “What are you prepared to lose today? Set a deposit limit.”

These new taglines have been informed by research commissioned by the Department of Social Services, and agreed to by states and territory governments under the National Consumer Protection Framework.

“The Albanese Labor Government is committed to harm minimisation and practical solutions when it comes to addressing problem online wagering. We have consulted widely and, importantly, we have used evidence to inform these taglines.”

Three officials from Macau’s Gaming Inspection and Coordination Bureau (DICJ) have said in court that no suggestions of under-the-table betting at Suncity had been reported or found at the time it is now known to have taken place.

Seasoned casino inspectors, the officials were called to the defence of the ex-CEO of Suncity, Alvin Chau.

Chau and up to 20 associates face charges of illegal gambling, criminal association, fraud and money laundering over their handling of the junket Suncity.

The indictment against Chau accuses him of running a criminal group and processing multiplier bets on behalf of VIPs.