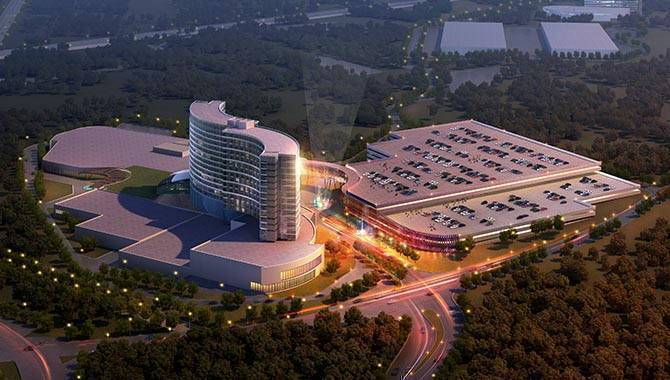 By Edward Obeng
The Mashpee Wampanoag tribe has announced plans to open its $1bn casino in Taunton by August 2017, with construction set to begin next month.

The site, which measures 150 acres, will be home to the First Light Resort & Casino which is expected to be Massachusetts' first full-scale casino, offering a full range of gambling games including blackjack, roulette and slots.

The second phase of the construction is expected to include three 15-story buildings which would accommodate 900 hotel guests and entertainment space.

The mayor of Taunton, Tom Hoye, explained that the casino's proximity to several cities, and its job prospects, made it a “win-win” opportunity.

“There is no better place for a casino anywhere in southeastern Massachusetts,” he said.

Although in recent months a lawsuit was filed to block the project, tribal chairman Cedric Cromwell said his tribe had defied doubters to now be just weeks away from building the casino.

The state Gaming Commission will make a decision on whether the Mashpee Wampanoag tribe will have exclusive rights to run a resort casino in southeastern Massachusetts.

The tribe leaders will present their plan to the Commission tomorrow.
RELATED TAGS: Land-Based | Casino
DISCUSS THIS ARTICLE