Americas Cardroom (ACR) has announced that it will provide 10 players a chance to play at the Enjoy Poker Series Main Event at Punta del Este in Uruguay. 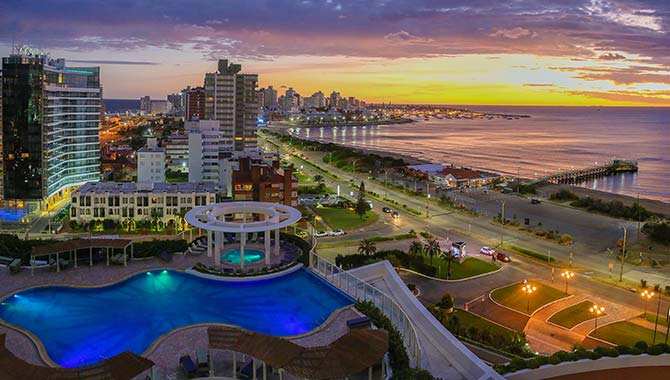 There are two types of satellites running this year – one offering a complete poker vacation package and another offering the Main Event buy-in.

Each Punta del Este package, worth $5,000, contains a $1,100 Enjoy Poker Series Main Event seat, seven nights’ accommodation with breakfast for the player and one guest at the Punta del Este resort, $1,500 towards airfare and $500 in spending money.

Further, ACR is running another satellite where five more players can win a Main Event seat worth $1,100. This option is perfect for any local players looking for a cheaper route to the Main Event.

Chris Moneymaker, ACR Team Pro, said: “ACR is helping to beat those January blues by offering the potential to win one of these epic packages. Can’t wait to see you there!”

Meanwhile, in August 2022, Americas Cardroom had planned to send 21 players to Uruguay as part of its 21st Anniversary Celebration.

It offered players a chance to win a stay at the Punta del Este Resort and Casino, located on Uruguay’s Atlantic coast if they compete in a series of satellite competitions.