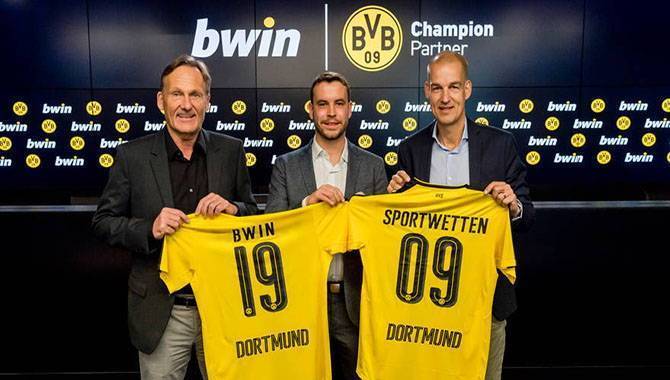 The deal is worth an estimated €3m a year and will see bwin become the clubs ‘Champion’ partner with bwin advertising being placed prominently throughout the club’s Westfalenstadion stadium for the 2017/18 season and concluding with the 2020/2021 Bundesliga season.

Dortmund fans will also be able to check the team’s current odds and access team information via the bwin mobile app and website.

Carsten Cramer, Dortmund Commercial Director welcomed the deal, saying "In bwin, we have a partner by our side that has a longer association with German football than any other company in the betting industry. We believe that this company is a perfect fit for BVB thanks to its global appeal and its preference for the black and yellow colour combination."

Some of Europe’s biggest football teams, such as Real Madrid, Bayern Munich, Juventus and AC Milan, have previously held sponsorship deals with bwin.

Under the terms of the deal bwin will also contribute to a number of social and grassroots football initiatives throughout the city.

In a joint statement announcing the signing of the deal, Head of bwin Brand in the DACH region (Germany, Austria and Switzerland), Stephen Heilmann, said: “As a BVB Champion Partner, bwin is back in the Bundesliga. We want to involve the BVB fans in our sponsoring as much as we can and we have a range of exciting ideas that we will soon implement both inside and outside the stadium."