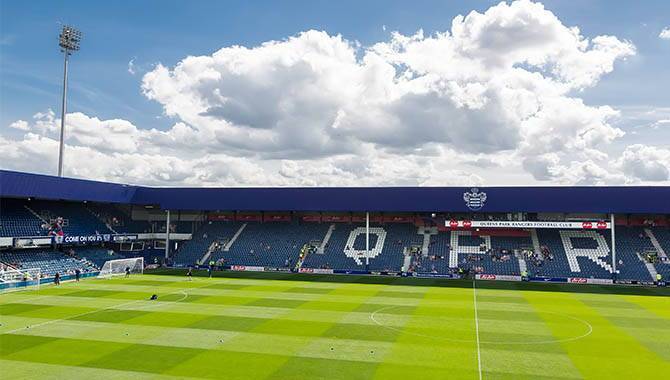 QPR, who play their football in the Championship, will play in kits emblazoned with the Royal Panda logo from the beginning of the 2017/18 season.

Established in 2014, Royal Panda is a Malta-headquartered online casino with plans to debut a sportsbook product in the coming months.

According to QPR, the partnership “will involve more than simple brand awareness”, with plans in place to activate the partnership around exclusive promotions and half-time pitch activities.

Mark Podd, Royal Panda CEO, greeted the deal with much enthusiasm: “On behalf of everyone at Royal Panda, we’re delighted to be sponsoring Queens Park Rangers.

“As an up-and-coming brand, the opportunity to team up with a club with such history and tradition as QPR was a fantastic opportunity for us.

“We look forward to building a long and prosperous relationship with QPR as we enter the sports betting market.”

QPR Commercial Director, Euan Inglis, added: “We are absolutely delighted that Royal Panda are on board as our new shirt sponsors from the 2017/18 season.

“A market-leader in the online casino sphere, Royal Panda are joining us at a hugely exciting time, having recently received their sportsbook license, which will launch in the coming months.”
RELATED TAGS: Marketing | Sports Betting