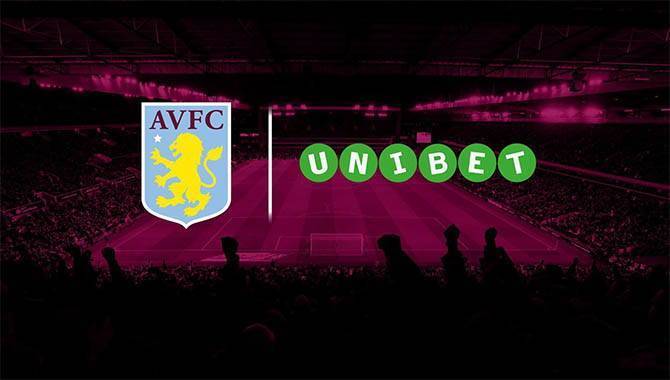 By Tom Lewis
Unibet has been announced as Championship club Aston Villa’s main sponsor for the upcoming 2017/18 season.

Part of Kindred Group, Unibet branding will feature on the home and away shirts of the Villans' men’s and women’s teams.

The first collaboration between Unibet and Aston Villa will see supporters offered the chance to play at the club’s Bodymoor Heath training ground in a five-a-side tournament alongside club legends and celebrities.

Sam Mead, Head of Marketing UK for Unibet, said the brand was “delighted” to partner with the club as it sets its sights on Premier League promotion.

He continued: “Unibet and Aston Villa are two of the biggest names in our respective fields with a rich heritage - Unibet genuinely understands football fans and, working together with Aston Villa, will be ensuring we enhance the enjoyment of their fans in all aspects of the beautiful game.

“We look forward to supporting Aston Villa fans and the Birmingham area with unique content and special betting opportunities.”

"They made it clear from the outset how important our fans will be to this partnership and their planned level of emphasis that they will put on our fans will be exciting to see come to life.

"The club’s size is reflected by the magnitude of this relationship with Unibet and we look forward to testing our data and digital abilities to drive value and provide a rounded partnership for us all to enjoy.”