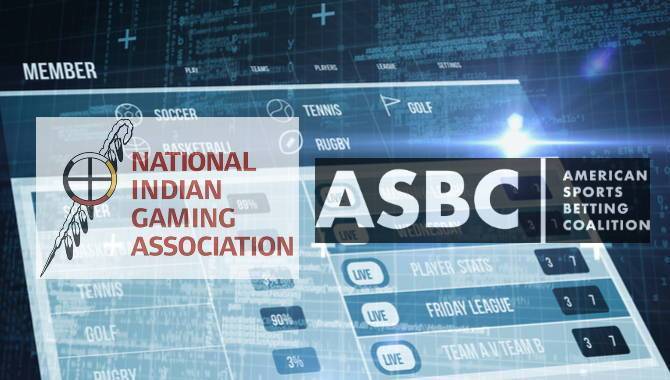 National Indian Gaming Association (NIGA) has announced that it will join forces with the American Sports Betting Coalition (ASBC), a group which is campaigning for the repeal or amendment of the Professional and Amateur Sports Protection Act (PASPA).

It primarily aims to repeal or amend the Professional and Amateur Sports Protection Act (1992), which currently prohibits sports betting in anywhere apart from Nevada, Delaware, Oregon and Montana.

In a statement, NIGA chairman Ernie Stevens said: “We are pleased to announce that the National Indian Gaming Association will be joining the AGA’s Coalition on Sports Betting, which will enable us to coordinate with and provide feedback to the AGA with regard to tribal gaming concerns as the coalition advances its policy objectives,

As one of the key stakeholders in these discussions we want to ensure that if legalized, our members have the opportunity to offer this activity as part of their overall entertainment package and as an additional source of revenue for tribal government gaming to promote tribal economic development, tribal self-sufficiency and strong tribal government.”

Geoff Freeman, president and CEO of the AGA added: “We have a window of opportunity to get this done and the National Indian Gaming Association is critical to making it happen,”

“Tribal engagement will help to move the needle forward and as the industry further unites, we will be able to end the failing ban on sports betting and allow our industry to grow.”

At present, thirteen states have introduced sports betting bills despite the federal prohibition including: California, Connecticut, Hawaii, Maryland, Michigan, Mississippi, Montana, New Jersey, New York, Oklahoma, Pennsylvania, South Carolina and West Virginia. Tribal involvement in the fight against PASPA is essential to the success of the campaign and NIGA represents a big scalp for the ASBC.

The ASBC campaign will come to a head later this year when officials from the Supreme Court review New Jersey’s case to dismiss an August 2016 ruling by the Philadelphia-based 3rd US Circuit Court of Appeals that an earlier 2014 New Jersey statute permitting sports betting at casinos and racetracks effectively violated PASPA.

Regardless of the result, state-wide support for the campaign is growing and the National Conference on State Legislatures recently said that: “The Professional and Amateur Sports Protection Act (PASPA) has not only failed to prevent illegal sports gambling, but it has also restricted the ability of states to regulate and collect revenue from sport gambling wagers estimated to be in the billions of dollars each year, to the detriment of state economies. PASPA is the definition of unwarranted pre-emption of state authority.”