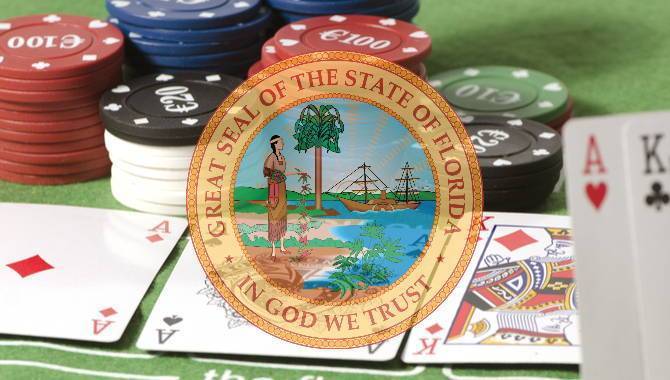 By Robert Simmons
Officials from Florida’s gaming regulator have launched legal proceedings against two pari-mutuel venues following their alleged failure to remove so called “designated player games” from their premises.

The two venues named in the suit are the Sarasota Kennel Club and Pensacola Greyhound Racing and this lawsuit follows a November 2016 ruling by Federal Judge Robert Hinkle that the existence of designated player games in Florida violated the Seminole tribe’s compact with the state, which grants the tribe exclusivity on banked games like blackjack.

Under existing statutes designated player games allow one player to act as the “bank” in casino games. Florida regulators argued that this dynamic satisfied the requirement of Florida law that requires players at pari-mutuel card rooms to “play against each other” rather than against the house.

Without the house acting as the bank, these games could not be defined as “banked,” and thus state regulators asserted that they were not subject to existing law. In his closing remarks, Judge Hinkle dismissed this assertion stating that: “The essential feature of a ‘banked’ game is this: the bank pays the winners and collects from the losers.” effectively making such games illegal.

Hinkle also ruled that the Seminole tribe should be permitted to continue to offer blackjack exclusively at its Hard Rock casinos until 2030. He also stated: “The tribe agreed to pay more than a billion dollars to the state, primarily for the right to provide banked card games without competition from the card rooms or others, save only other tribes,”

“The tribe certainly did not intend this exclusive right to be easily evaded.”

With other suits expected to be launched against other venues offering this type of gaming, Florida’s other table gaming venues are bracing themselves for the worst.