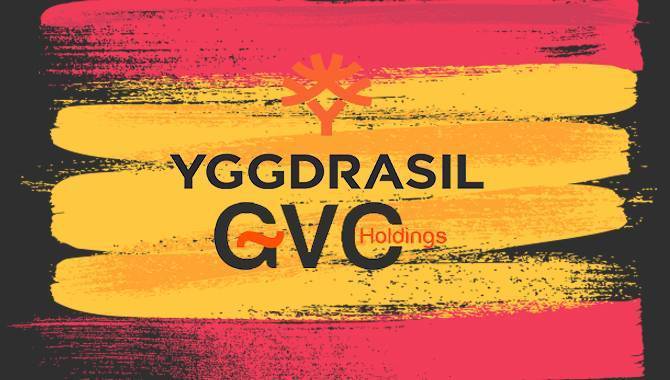 By Caroline Watson
In a deal with GVC, Yggdrasil will now be able to enter the Spanish online gaming market later this year in Q2.

Under the agreement, Yggdrasil will be able to offer its games in the Spanish market, in full compliance with the region’s requirements.

GVC has a strong presence in Spain including its leading bwin brand and as Yggdrasil Gaming and GVC join forces in Spain, it will be the first operator to offer Yggdrasil titles in the market.

Fredrik Elmqvist, Yggdrasil Gaming CEO, commented: “Spain has quickly emerged as one of Europe’s fastest-growing and exciting jurisdictions, making it a perfect environment for Yggdrasil’s award-winning slots and promotional tools.

Earlier this week, Spain posted its financial figures for 2017, with online gaming revenue jumping by 38% in the fourth quarter. Revenue during the three months ending 31 December, 2017, generated €173.3m, up 38% on the corresponding period a year prior. Furthermore, the fourth quarter revenue figures also posted an increase of 23.5% on the total collected in the third quarter of that year.

“To enter Spain with GVC, a long-time partner across multiple jurisdictions, will ensure our games are enjoyed by slots fans across the country.

“Following recent entries into Denmark and Italy, it also underlines Yggdrasil’s commitment to expanding its footprint in Europe’s regulated markets.“

GVC’s Head of Content and Commercial, Andy Whitworth added: “Our aim is to offer content from our best suppliers in all of our markets. Yggdrasil’s slots have already proved to be hugely popular with our players elsewhere, so we are delighted to be the first operator to bring that award-winning content to Spain.”

In addition to this, Yggdrasil has announced its Q4 financial results, with revenues for the period increasing by 61% to MSEK51.2m, whilst its full-year figures showed revenue increased by 95% to MSEK169.1m. Mobile gaming dominated the figures, totalling now at 59% of the gross game win.

2017 was an exciting year for the gaming supplier, releasing 11 new network games and one operator exclusive game, in addition to signing 40 new licence agreements.

This new deal to enter the Spanish market follows on from an agreement made earlier this year, whereby Yggdrasil entered the Italian market.

Elmqvist commented: “During Q4 we saw an increase in customers in Italy, and the signing of new and existing customers for another new regulated market for Yggdrasil, Denmark. Our first customers went live in Denmark in February, and we will do a full launch in the country in Q2.”

Finally adding: “It has been a remarkable 12 months, but I am even more excited about the possibilities and opportunities that lay ahead in 2018. We have a world-class team, an industry-leading product set and the best customers in the business, and we will be building upon this throughout the year and beyond.”
RELATED TAGS: Online | Industry | Legal & Regulatory | Financial | Poker | Casino
DISCUSS THIS ARTICLE