The gaming industry's most successful companies have made it into the prestigious 2019 Global Gaming Awards London Shortlist, and are now being contacted. 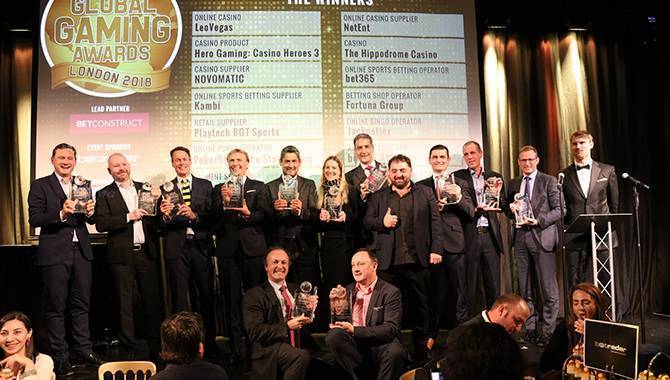 The news follows a lengthy and detailed process, where self-nominations, together with the nomination panel’s recommendations, have been narrowed down into the final shortlist in each category.

The winners will be announced over an afternoon tea at the Hippodrome Casino on Monday 4 February.

This will be the ceremony’s second edition in London. A total of 16 Awards will be presented.

Being nominated in the Global Gaming Awards is a clear sign of success for any organisation, as the ceremony is renowned within the gaming industry for its rigorous approach and fairness.

KPMG Isle of Man will adjudicate the voting process to ensure full transparency. BetConstruct is the Lead Partner for the Global Gaming Awards London 2019.

A detailed breakdown of all nominees across every one of the 16 categories will appear in the Global Gaming Awards London 2019 Shortlist magazine, which will be released in January and distributed at ICE London.

Visit www.globalgamingawards.com/london/ for more information on the Global Gaming Awards.