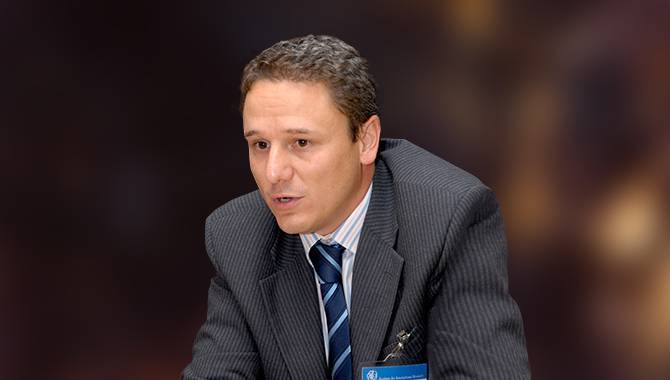 The Spanish gambling and betting market was regulated in 2011 by Law 13/2011 and a series of statutory regulations. There are currently around 80 operators offering their online gambling services in Spain and the gross gaming revenue (GGR) of this market is still growing.

The last licensing window was closed at the end of year 2018 and no new window is expected in the short term. Given this situation and given the fact that gambling and betting licenses are non-transferable under Spanish regulations, at the moment they can only be acquired by purchasing the company which holds them.

Nowadays, according to Spanish regulator Directorate General for the Regulation of Gambling’s (DGOJ) report of the second quarter of 2020, the number of active operators by segment is: (i) Betting: 46; (ii) Bingo: 3; (iii) Casino:46; (iv) Contests: 2 and; (v) Poker: 9.

The offering of any gambling or betting activity in Spain is subject to obtaining a prior license. The Law foresees three types of licenses: General License, Singular License and Authorisation.

General Licenses: These licenses authorise operators to offer those games classified within the categories of Lotteries, Bets, Raffles, Contests and Other games (casino games). The licenses that can only be obtained during the licensing windows are those for Bets, Other games and Contests. These General Licenses shall be valid for 10 years and may be renewed for an equal period of time.

In accordance with the regulations, those operators who provide their gaming services to customers and own a gaming platform will be required to obtain a license. However, those companies who “partially” undertake gaming activities will also be required to obtain a license if their income for such activity is directly related to the revenue obtained from the gaming activity.

This regulation also refers to those companies which will be considered as “operator and co-organiser of the game”. In this sense, it refers to companies that manage the gaming platforms of which other operators are members or adhere to. This refers particularly to the networks of poker and bingo, or other networks managed by a co-organising company.

There are 16 types of Singular Licenses and each one corresponds to a particular game; specific orders regulate each different kind of game. Such orders establish where and how these games can be offered, maximum amounts to be deposited and/or waged, customer rights, publicity allowed, etc. These Singular Licenses shall be valid for five years, although in some cases it is established as a three-year term and may be renewed for an equal period of time.

Authorisations: These must be obtained to carry out the activities corresponding to the previously indicated Singular Licenses but on an occasional and sporadic basis. These are not commonly used and can be applied for at any time.

The pandemic caused by COVID-19 led to the closing of the main sports competitions, both national and international, which affected the betting segment significantly for Q2. However, other segments (bingo, casino, contests and poker) have experienced a rise in this quarter in comparison to Q1 and, additionally, previous years. Especially for poker and casino, this quarter has been the highest.

“It is important to note that the new Government in Spain has adapted a more restrictive position towards the gambling sector and, therefore, it has recently approved a draft Royal Decree on Commercial Communications of Gaming Activities in Spain; it is expected to be approved by November 2020.”

Advertising agencies, media channels, or internet website editors are responsible for ensuring and checking, before publishing any advertisement or promotion that the operator/advertiser is duly licensed; and that such particular advertising is allowed in the frame of the operator’s license by means of the General Registry of Gambling Licenses maintained by the DGOJ. In any case, if these media entities disseminate advertising from non-licensed operators they would also be responsible.

It is worth mentioning the newly implemented Code of Conduct on commercial communications for gaming activities, which entered into force on 15 January 2020, and is applicable to all the companies adhering to this code of conduct. From the 80 online gambling operators currently licensed in Spain, 48 are adhered to the referred code of conduct. Adhering to the code of conduct is not obligatory but shows the willingness of the operator to promote responsible gambling and is therefore recommended.

Spanish Gaming Law provides a wide definition of the persons or entities that can be liable, which comprises “any person or entity that performs any of the breaches provided by the law, as well as any other that gives them support, advertise or promote them, or in any way obtain profit from them.” In regards to these types of breaches, the same liability applied to gambling and betting operators could be jointly applied to media and publicity agencies, with fines which could range from €1 to €1m.

It is important to note that the new Government in Spain has adapted a more restrictive position towards the gambling sector and, therefore, it has recently approved a draft Royal Decree on Commercial Communications of Gaming Activities in Spain; it is expected to be approved by November 2020. This Royal Decree is very restrictive and prohibitive towards publicity in various areas such as digital and audio-visual commercial communications, sponsorships, bonuses and betting predictors. We will have to wait for the final text, although it may imply a limitation to the sector.

It shall be taken into account that the second quarter has been affected by the declaration of State of Alarm due to COVID-19, which has resulted in the application of wide restrictions in advertising and promotions of gambling. Therefore, after the entrance into force of the new Advertising Royal Decree, these results will probably become the reality for marketing in the near future. However, with the exception of betting due to the cancellation of sporting events, gambling in general has increased in spite of the advertising restrictions, so operators have spent less in marketing and still generated very good results.

“The DGOJ is active in investigating and fining the offering of any illegal or irregular gaming and betting services in the territory of Spain, opening sanctioning procedures to operators which do not have a license; as well as operators with licenses operating with non-authorised technical systems and non-compliant operators.”

The tax rate for all games will be of a 20% of gross win (defined as the wagered amounts minus the pay-out of prizes). In the case of draws and promotional games, the tax rate will be 10% of the value of the prize. Additionally, there is the annual tax of 0.00075% on operator gross income.

It is important to know there is a special tax regime applicable to companies located in the tiny Spanish enclaves of Ceuta and Melilla. Such operators will have a 50% cut on their tax rate, which becomes 10% of gross win. These companies additionally have reduced taxation on corporate tax and other taxes.

The Spanish state company of lotteries and bets (“SELAE”), and the Spanish national association for the blinded (“ONCE”), are the operators appointed for the commercialisation of national lottery games. The games that the SELAE and ONCE commercialise can be carried out by means of tickets, or through any other electronic, telephone or interactive means. These companies could also offer any of the other games available to other operators, subject to obtaining the corresponding license. SELAE and ONCE’s traditional games are exempt from gaming taxes and VAT. The prizes won by customers from these entities are exempt from personal income tax up to an amount of €2,500. When such amount is exceeded, personal income tax shall be paid at a 20% flat rate.

The law foresees gaming operators, as well as any other company which offers them support, publicity, promotion or which obtains profits from illegal gaming activities, to be responsible for any breach of the law. This is a very wide definition, which may include any company which directly or indirectly participates in any way in irregular gaming activity. The DGOJ has the authority to start the relevant sanctioning procedures and impose the corresponding fines. Other public bodies, such as the media and TV regulators, and bodies from autonomous regions, may also be competent depending on the type of breach.

Those breaches are classified as:

Minor breaches: these may be punished with a written warning and fine of up to €100,000.

Serious breaches: these may be punished with a fine ranging from €100,000 to €1m and the suspension of gaming activity for up to six months.

Very serious breaches: these may be punished with a fine ranging from €1m to €50m, loss of license and the closure of any gaming activity.

The DGOJ is active in investigating and fining the offering of any illegal or irregular gaming and betting services in the territory of Spain, opening sanctioning procedures to operators which do not have a license; as well as operators with licenses operating with non-authorised technical systems and non-compliant operators. Overall, we could say that, after nine years, the Spanish gambling market is quite mature, with a quite active regulator, helping keep illegal offerings out of the market.