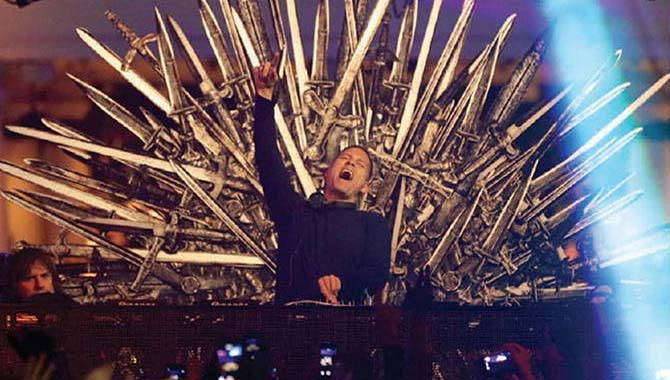 As he assesses the role of the Vegas nightlife, regular contributor Oliver Lovat considers what nightclubs and casinos are learning from each other

In New York on 26 April 1977, as Elvis was in the middle of what was to be his final tour and Sinatra had just completed a residency at Caesars Palace, two young men were about to embark on a journey that would define not only Las Vegas of the next millennium but the future of nightlife and global hospitality. On that night, the doors of Studio 54 opened and the modern nightclub was born.

Studio 54 co-founder Ian Schrager, now better known as a real estate developer and hotelier, stated a truth that all casino operators are familiar with: “When you are in the nightclub business you really have no discernable product. You have nothing different to what everyone else has. You have the same liquor, the same music. So all you have, the only opportunity you have for distinction, is the magic you create.”

For Las Vegas operators, this is the eternal question. How do we differentiate a non-differentiated product. In his 1974 classic text on casino management, Bill Friedman offers little on bars and nightclubs, other than they should be seen as marketing tools for the actual revenue generators – the casino and hotel. Likewise, as recently as 2008, Katherine Hashimoto in Strategic Casino Marketing makes little mention of nightlife as a significant revenue driver or even as an effective tool for casino repositioning.

For 21st century Las Vegas, the real legacy of Studio 54 is not the glamour or excess, or even the power of celebrities that was a feature of the early nightclub boom, but the fact that if run well, nightclubs can be extremely profitable businesses.

In 1977, Studio 54 reported $7m in profits, which is over $30m in today’s terms. In 2014, Nightclub and Bar magazine reported that seven of the top 10 bars and nightclubs in the USA were in Las Vegas, and the revenues of the top four (XS, Hakkasan, Marquee and Tao) totalled over $350m – and this excludes the dayclubs.

Having spent 20 years in real estate development and taking up teaching positions at Cass Business School and The College of Estate Management in London, much of my recent research has focused on Las Vegas, strategic positioning and loyalty (which is how Las Vegas resort operators remain profitable). During my dozens of visits I have been a witness to (and participant in) the nightlife explosion that has seen Las Vegas become America’s Ibiza.

Today’s prime, high margin real estate is not Las Vegas Strip land or on the casino floor. The most profitable space is found in nightclubs, and the brand equity they bring is a further additional revenue driver that nobody foresaw

In analysing that revolution, today’s prime, high margin real estate is not Las Vegas Strip land or on the casino floor. The most profitable space is found in nightclubs, and the brand equity they bring is a further additional revenue driver that nobody foresaw.

Nightclubs: learning from casinos
A giant image of the DJ Tiesto dominates the southern perspective of the iconic MGM Grand Hotel. Five years ago it would have been a bold assertion to state that 1% of the MGM Grand’s guests knew who Tiesto was. Even today how many can name three Tiesto mixes? Caesars Palace can now proudly display images of Calvin Harris and Armin Van Buuren alongside Celine Dion, Elton John and Rod Stewart. Again, how many Total Rewards customers typically spend an evening listening to Dutch trance music?

The prominence of the DJ isn’t really about the music they play. The DJ has become the most visible differentiator in the homogenous modern Las Vegas nightclub space. Like Sinatra or Elvis of days gone by, if you have a headliner of note there is brand alignment value - nightclubs have found differentiators of value, gained from the showrooms of Las Vegas.

MGM, Caesars Palace and Wynn are home to the largest DJ-driven nightclubs. One casino executive told me that when a certain DJ plays, the weekend hotel ADR increases by $10. Average this out at 3,000 rooms running at 90% occupancy for the 20 days of residency and we have increased revenue of $540,000 on the bottom line – made possible by who the external nightclub operator has booked. Run this at a property like MGM and on 60 nights (where Hakkasan has headliner residencies) this is a nearly $3m revenue increase for the resort, not to mention the club revenue and potential profit.

But this brand alone isn't enough to draw customers. Like casinos, nightclubs have become sophisticated businesses, where customer relationships and loyalty are highly prized.

One of the nightlife industry’s greatest costs (other than talent) is nightclub hosts and promoters. They are the club’s sales managers with the job to source and assess the customer and sell to them, whilst maintaining the relationship – not just on that night but with the aim of creating longer-term loyalty of profitable customers.

In her Harvard Case Study of Marquee in New York, professor Anita Alberse writes about hosts: “Each (host) has their own approach to finding desirable patrons for Marquee and cultivating relationships with them. Some drew heavily on their own network of friends or acquaintances. For instance, several promoters (hosts) were former or current fashion models who knew many other models. Increasingly, promoters coordinated their activities using online social networks and event sites.”

In a typical Las Vegas nightclub, there are between 10 and 20 hosts employed who, although salaried, are heavily commission-driven and are highly in demand.

Indeed, nightclubs such as Hakkasan, Marquee and XS have become global destinations in their own right. With such competition among the clubs for the Las Vegas tourist dollar, some hosts have advanced from acting for the nightclubs bringing people in, and like casino hosts are now representing customers in securing the best deals.

Nightclub ecology
When I operated bars and clubs as a student in Manchester, we operated on a volume and margin business where the cover paid for the event and the margin was bar revenue. In major cities with key space restraints, such as London, Los Angeles and New York, lounges and clubs have moved to upscale and table service, with customers paying a premium to occupy a prime position.

The sheer number of visitors has allowed the mega-club to scale up on a level that other cities cannot replicate, striking the perfect balance of customers to be able to sell the tables at the highest prices and provide enough atmosphere to sustain the expansive dance floors.

In Las Vegas the various iterations, from Voodoo and Baby’s, to Pure and Light (in Bellagio), to Tryst and Tao, to XS and Omnia, have advanced and refined their operating concepts. Today we have the equivalent to Steve Wynn’s 1989 Mirage, when a 'high/low' customer value model is integrated at the same property under the one roof, and the 'low' element steps up their game.

In nightclub ecology, the whales are the bottle service/table customers, which is where the main share of the profits are derived. Success relies on generating demand among a loyal and wealthy client base and not just the volume customer.

The general admission customers are important in filling the space and creating the atmosphere and vibe that the club needs to be successful, but are of a much lower value from an economic perspective.

The cost for this top-level access starts at $10,000 for a table, but increasingly the best tables on key weekends are being kept for regular customers as the prices head north of $40,000. With a host being commission-based, this is a lucrative business. As noted in my past column, in 2009 72% of Las Vegas visitors were over 40. In 2014 this was 57%. Nightclub hosts have proved more successful than their casino counterparts in capturing the younger generation of customer.

It is no surprise, with European alcohol laws and cultural heritage of nightclubs, that this generation of nightlife entrepreneurs was spearheaded by Brits. Andrew Sasson (The Light Group, which was acquired by Hakkasan Group in 2014 for $36m) and Neil Moffitt (Angel Management also acquired by Hakkasan Group which is now run by Moffitt) were the trailblazers, but the European influence is still felt with Calvin Harris, David Guetta, Tiesto and Avicii among the highest earners on the Strip, again following in the footsteps of Elvis and Sinatra.

Failure
As industry experts from Steve Wynn to John Acres point out, people come to Vegas to be big and large it up. Historically this was done by gambling, but by spraying champagne from a pool party or being participant to the razzmatazz as a dozen cheerleaders bring a $1,000 bottle of vodka to your table, this generation has the opportunity to gain instant status in an environment as never seen before.

It is evident that Las Vegas and the nightlife market fit hand in glove, with the high-spending, hedonistic and highly transient nature of the visitor seeking the unique escapist pleasures that nightclubs provide. Plus, Las Vegas as an 'adult Disneyland', as it so likes to pride itself, provides a safe and secure environment for those who can afford it to go to nightclubs, which by nature may be more underground in large cities. As one friend pointed out, in LA there are two types of nightclub: one you can’t get into, and the other you don’t want to!

That it took external operators to come in and identify the opportunity that existed within the nightclub market in Las Vegas was a failure of casino resort management to successfully understand their customer’s needs. They are still playing catch-up.