Will Vegas reclaim its F1 crown? 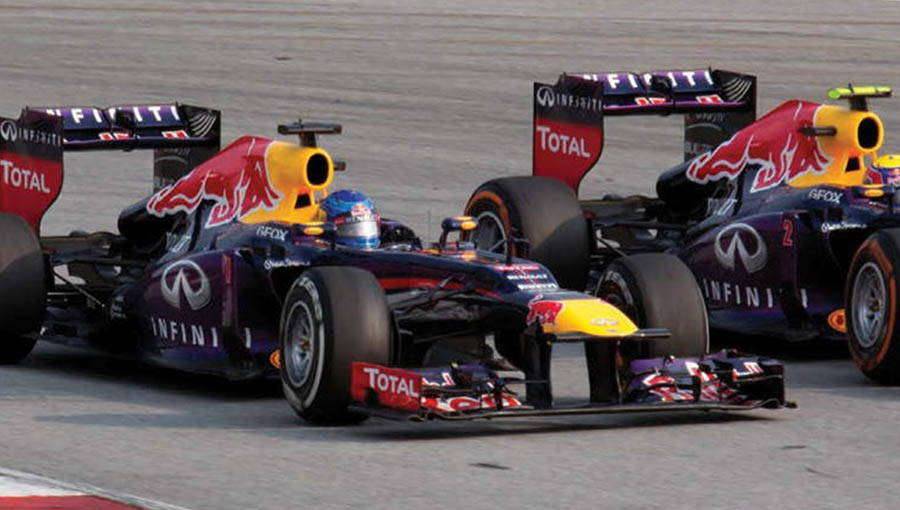 In a warm September 1982, as jubilant crowds waved on, Michele Alboreto eased his car past the iconic fountains and marble statues of Caesars Palace towards the winning line of the Caesars Palace Grand Prix. This was the last time the world’s richest sport came to the world’s entertainment capital. Is there a case for it to return?

Knockout numbers
The true numbers of the Floyd Mayweather/Manny Pacquiao fight may never be known. The reported TV buy for the fight in the USA was 4.4 million households, which would equate to over $400m in TV revenue, plus a further $100m in sponsorship, gate and merchandise.

Undoubtedly, the main beneficiaries were the two pugilists, but at time of writing (Q2 reporting from the companies has not taken place) anecdotal evidence and reporting indicates that Las Vegas was also the winner.

The Nevada Gaming Control Board reported that Nevada’s gaming win was over $1bn for May 2015, an increase of 3.3% year-on-year. That is despite the closure of the Riviera the week preceding the fight, and when one considers the systemic slowdown in high limit baccarat play this figure looks all the more impressive.

It’s rodeo time!
Walk down the Las Vegas Strip in early December and alongside the gamblers, bachelorette parties and usual Vegas visitors, one can’t fail to observe the huge number of cowboy hats. The National Finals Rodeo has been held in Las Vegas since 1985 and last year extended its contract to 2024. Around 180,000 visitors come to Las Vegas over the rodeo period, with an economic benefit of over $100m to the city, according to the organisers. The Thomas and Mack Center at the UNLV has been the home of major sporting events, such as the Rodeo, outside the casino resorts in recent years, but MGM and AEG are set to challenge that with the rapid construction of the stadium at the rear of New York-New York and the Monte Carlo.

With completion due in early 2016, the MGM-AEG Arena is a 20,000 capacity venue that will be the natural home for a number of sporting, music and entertainment events – and the largest venue on the Strip. When one considers that Las Vegas’s population was under 5,000 in 1920, the year of the foundation of the NFL, one can understand why there are no major professional sports teams in the area, as the leading franchises and brands were well established before Las Vegas was!

As Las Vegas has grown from a train station to a modern, iconic and substantial city, with global recognition bigger than many others, the one aspect it lacks is a major sporting team. The MGM-AEG Arena may solve this as it is mooted to be the home of an NHL franchise, while there are rumours of an NBA relocation.

Blockbuster
Harvard professor Anita Elberse has written extensively about this being the age of "blockbusters". There are certain global events that attract a premium in terms of attention. Elberse contends that the true value of these events is currently underplayed and everyone is looking to create them.

The Mayweather/Pacquiao fight is not an outlier – it is the shape of things to come. Las Vegas is the world’s blockbuster city, supplanting New York as the home of the largest mass cultural events. Whereas New York has more, Vegas has bigger. With gaming no longer the unique attraction to drive visitation (as Atlantic City has proven), Vegas is searching for big draws to entice visitation.

The LVCVA, in their annual study of visitor profile, notes that of the 41 million visitors that Las Vegas had last year, 81% are repeat visitors – some 33m. Although more visitors come to New York, only 66% are repeat and New York has generations of infrastructure, culture and multiple attractions.

The relationship between Las Vegas and its visitors is also symbiotic. The city’s offering has to constantly improve and innovate for internal competitive reasons. Operators must continue to offer more to their customers for them to remain loyal. But as importantly, customers want reasons to come back to Las Vegas, and unique, time sensitive events provide these.

Moreover, going to Vegas for an experience enhances that experience. In my own research (to be published later this year) I found that over 57% of respondents say that seeing a live performance in Las Vegas is more special than seeing it in their home town. Vegas, just by existing, has a competitive advantage in entertaining customers.

Formula 1
Formula 1 is the world's only blockbuster sport that is both held annually and in multiple global locations. As a private company, the finances are closely guarded, but it is estimated that each F1 race generates between $100-140m in revenue, and annual profit to the commercial rights holder is c.$1.8bn. The participation and prize money paid to Mercedes, the 2014 winners, was in excess of $108m. Participation and prize money is only half the story: as much as 85% of team revenue is made up of sponsorship paid to individual teams.

Sponsorship is a pretty closely guarded commercial secret. Some sponsors tend to follow the drivers: Santander has always been with Alonso, while Perez gets Mexican backing. Louis Hamilton was named the most marketable athlete in the world by SportsPro – his salary with Mercedes is estimated at $36m and he is represented by former Spice Girls super agent Simon Fuller.

For the teams themselves, the numbers are big. A sponsor can pay anything from $500k per race to millions. Forbes believes that Ferrari’s revenue from sponsors Shell, Santander and Philip Morris is over $250m per annum.

Economic pressure
NASCAR has been a regular fixture in Las Vegas since the 1996 opening of the Speedway (which incidentally doubles as home to dance music festival Electronic Daisy Carnival). The LVCVA estimates that the economic benefit to Las Vegas from NASCAR weekend is over $250m.

Over the past 33 years, a return for F1 has always been simmering. As recently as late last year, Formula One Group chief executive Bernie Ecclestone reaffirmed his position: “Vegas say they are ready to go and it would be on The Strip for sure.”

Bringing the sport to the heart of America’s entertainment capital seems a natural alignment. However, with an eye on Mayweather’s experience, there is undoubtedly another reason why this may happen which transcends image and glamour. Formula 1 in Las Vegas will make an unprecedented amount of money. The photograph of a Mercedes racing a Ferrari down the most iconic street in North America, if not the world, is perfect alignment. Fast cars, fast women, fast money, fast times.

It is a sponsor’s dream, not just in terms of promotion and exposure, but in entertaining in the most exciting place on earth. Las Vegas is America’s Monte Carlo and the Las Vegas Grand Prix will be the most exciting date in the global calendar for the world’s elite to go partying.

And for the resorts, it is heads on beds. If recent events are an example, both the potential bump in visitation and gaming revenues over a two-day Grand Prix race (compared to a 90-minute boxing fight with 16,800 tickets) and the increased ADR on even the most ordinary rooms, will well outweigh the inconvenience of limiting pedestrian and regular traffic for a long weekend.

The economic impact of Las Vegas staging an F1 street race would be unparalleled, the experience for customers incomparable and as a global spectacle it would be unrivalled anywhere in the world. It is inevitable.

Oliver Lovat is managing director of the Denstone Group, which offers strategic advisory in the real estate and hospitality sectors. He is visiting faculty at Cass Business School and can be contacted at [email protected]