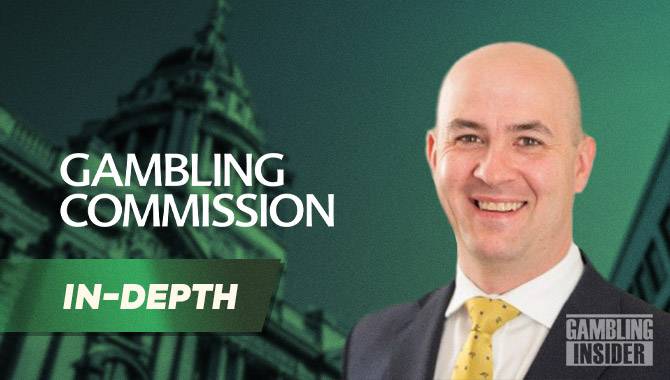 The Gambling Act Review White Paper is not far away. In anticipation of it, many are looking to review the state of gambling in UK markets, predicting what the White Paper may bring and what they believe it should.

One such commentator is Gambling Commission CEO Andrew Rhodes, who spoke about Britain’s position in the global gaming industry at the Westminster Media Forum Gambling Regulation Conference.

In his speech, he said: “Gambling is an increasingly global industry. Many gambling operators more closely resemble global tech firms than they do traditional bookmakers of yesteryear. And the British market is the largest regulated online market in the world.”

This means a greater amount of technology partnerships, mergers and acquisitions between online sportsbooks and casinos, something Rhodes attribute to a “growing and competitive global market.”

“The four biggest operator groups in Great Britain all have international footprints,” said Rhodes. “They also, for the first time, will make up more than half of the British market by Gross Gambling Yield when you exclude the National Lottery... and we expect this trend to continue shortly.”

Entertainment moving into the gambling sphere is something Rhodes is particularly wary of, as it may bypass regulations in for certain products, such as NFTs and loot boxes.

For those operators who understand this, we will continue to work with them towards that shared goal. To anyone else offering gambling to consumers in Great Britain, whether with a licence or not, then I’m afraid that is the time when the House always loses Andrew Rhodes, Gambling Commission CEO

“As entertainment more widely is becoming more seamless – across locations, channels and devices – so too gambling operators are looking to take advantage of this trend by moving towards more entertainment-focused business models, reducing the friction between gambling and non-gambling products,” Rhodes said.

“We have been warning against the risks that come from the gamblification of products that currently aren’t covered by gambling legislation and regulations for some time.

Elsewhere, Rhodes feels the frequency in which operators are still falling short of regulatory standards is concerning.

He cited Gambling Commission casework: “We saw one example where a customer lost £60,000 ($72,470) in just two weeks and it was only then that the operator intervened. We found that no checks had been conducted before this point to assure the operator the funds were legitimate, or event that the customer could afford it.

“Another example we saw one customer lose £40,000, despite affordability checks showing they only had £38,000 available to them. And the intervention that this customer got despite showing obvious cause for concern? Only two emails, both of which went unanswered.

“And a case where a customer lost £98,000 in five months without the necessary evidence being gathered to show this level of gambling was affordable to the customer.”

These cases are obviously of notable concern. However, Rhodes feels operators and suppliers shouldn’t stand by and wait for the ever-delayed White Paper to come into force. They should act now.

“No one in the gambling sector should believe that the Gambling Commission will accept waiting for the White Paper as an excuse not to tackle problems now,” he explained. “We don’t accept that; we don’t accept that anything should come before making sure you are trading as fair and as safe as possible.

“I have to believe it is possible to have a successful and innovative gambling industry that provides something its consumers want but can do so in a responsible way; eradicating the inexcusable excesses we still see today and expanding the good practice we also see.

“For those operators who understand this, we will continue to work with them towards that shared goal. To anyone else offering gambling to consumers in Great Britain, whether with a licence or not, then I’m afraid that is the time when the House always loses.”