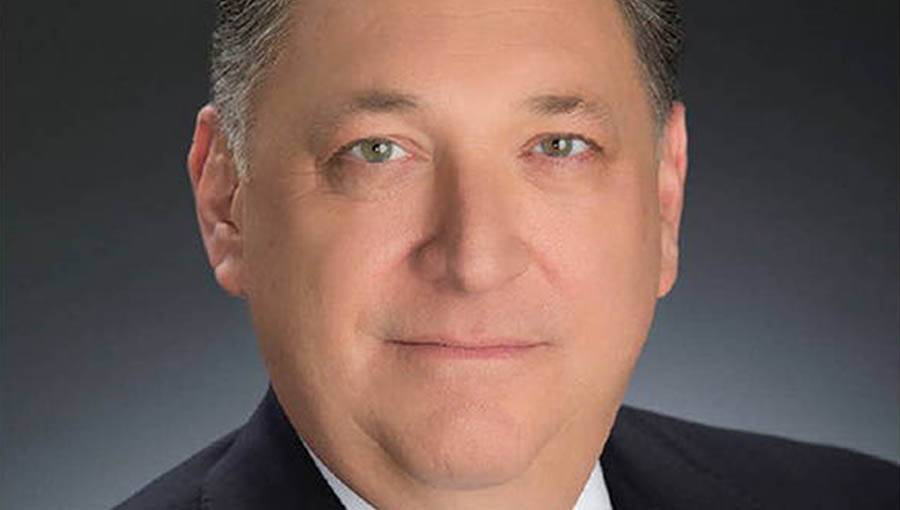 Boyd Gaming CEO interview: "We're not done growing"
In an exclusive interview, Boyd Gaming Corporation president and CEO Keith E. Smith speaks to David Cook about pulling the company through a global recession and his plans for the firm's future
By David Cook

We were never going to be short of things to talk about with Boyd Gaming Corporation president and CEO Keith E. Smith. Boyd owns 22 casino properties across eight US states – including joint ownership of Atlantic City's Borgata with MGM Resorts International – and Smith’s involvement with the company has included various roles since joining in 1990. This, combined with his other previous positions within the industry, such as chairman of the American Gaming Association and Nevada Resorts Association, means there is little on the topic of US gaming that Smith has not encountered.

After taking over as CEO in 2008, Smith oversaw Boyd’s acquisitions of the IP Casino Resort Spa in Biloxi, Mississippi in 2011 and Peninsula Gaming in 2012. With issues on the agenda including Smith’s journey with the company, the task of guiding it through a financial crisis, the future of Borgata’s online partnership with PartyPoker and an uncertain road ahead for the Atlantic City casino market, our biggest challenge was to fit all the relevant topics into one interview. He may have been with the company for 25 years, but Smith’s drive and ambition for further success is showing no sign of slowing for the time being.

Can you tell us about your background in the gaming industry before joining Boyd Gaming.
I started in the gaming industry back in the mid-1980s with what was then the Ramada organisation. I joined that organisation out of college and got involved in the casino industry in Atlantic City, where I went to work at Tropicana Casino and Resort. I then came out to Las Vegas shortly after that to work at Tropicana Las Vegas and then I joined Boyd Gaming Corporation.

What have been the main changes within the industry and specifically Boyd Gaming in your time there?
I’m celebrating my 25th year with the company, which I’m quite proud of. We’ve grown quite dramatically in those 25 years. When I joined the company back in 1990, we had four properties, all here in Las Vegas, and we were a private company. We went public shortly thereafter as gaming started to expand across the US. At that point in time, casino gaming was only legal in a couple of states across the country, whereas today it’s legal in 40 states. The industry, as well as our company, has seen quite explosive growth from 1990 through to today. It’s growth that I think would have been very hard for anybody back then to predict. There are more than 1,000 commercial casinos spread across the US today.

How did your role with Boyd Gaming change when you became CEO in 2008?
It was a much bigger job than I’d had before. It was complicated by the fact that at the beginning of 2008, the great recession started to take hold here in the US, so my role of taking over responsibility for operations of the entire company as well as fighting our way through the recession was quite a challenge. I took over the reins at a very challenging time for the company, but we’ve got a great management team here. Bill Boyd, co-chairman, was still there for me to lean on and rely on as a great confidant to be able to talk to. We successfully weathered that storm. There were certainly a number of challenges as we worked our way through that.

What were your aims for Boyd Gaming when you were appointed CEO and how close have you come to achieving these?
From my joining the company in 1990, this company has been making sure that first and foremost we are a participant in the communities where we operate. I wanted to make sure we continued that as we continued to grow. That’s always been a focus, even through the recession. When I took over during the recession in 2008 it was a challenging time, but several years later we bought the IP Casino Resort Spa in Biloxi, Mississippi, then we bought Peninsula Gaming, which was a collection of five properties across three states. With those two acquisitions we grew the company by some 35% in the middle of the recession. We’ve had a good run since 2008 in fighting through the recession and growing the company quite successfully.

How did the two roles assist each other when you were chairman of the American Gaming Association between 2010 and 2012 as well as Boyd CEO?
Being chairman of the AGA was largely about identifying issues for the industry and helping the industry move forward. It helped to move our agenda forward. The other opportunity I had after I became CEO was being appointed to the San Francisco Federal Reserve Bank board and ultimately being chairman of the LA branch of the San Francisco Federal Reserve System, and that was something that helped me gain some additional insight into the operation of the economy and where it was heading during a difficult time. That helped me to move our company forward, weather the storm and come out of it very successfully.

The Atlantic City casino market has not seen its annual casino gaming win increase since 2006. In light of this, how have you attempted to remain successful with your Atlantic City operations?
First and foremost, the Borgata Hotel Casino and Spa is a wonderful property. It’s got a great selection of hotel rooms, spas, restaurants and entertainment amenities.

You have to keep the Atlantic City marketplace in context. Casino gaming launched in Atlantic City in 1978 and New Jersey became only the second state in the country and the only state in the east coast to have gaming. Today, there is casino gaming in almost every state up and down the east coast corridor. The traditional laws of economics took hold and 12 casinos was too much for the competition in the area, so unfortunately four of them closed, but the market went through a right-sizing. In the remaining eight casinos, we are seeing same-store revenue growth in that market, which I think is a very positive sign for Atlantic City.

Borgata became the first Atlantic City casino to offer physical skill-based gambling when it launched a free-throw basketball tournament in March. What are the chances that we could see more physical skill-based gambling at Boyd Gaming properties in the future?
I’ve given the New Jersey regulators a lot of credit for being the first to the market with skill-based gaming. There was a way to draw a new customer and to introduce something new to the market. We were the first property to take advantage of it. The contest drew hundreds of players from 23 different states. The average age of those players was about 35 years old and they were customers that largely had never been to the Borgata before, so this was a brand new customer that came to participate in something new, which is what we were hoping for. We haven’t scheduled a second event. We’re in the process of trying to think through what another event would be that would be broad-based. We attracted a broad spectrum of people that were male and female and were very happy with it.

Nevada has recently passed a skill-based gaming law. The regulators here in Nevada are in the process of determining exactly what can be offered and what can’t be offered. We’ll certainly take advantage of that once all the regulations here in Nevada are set and hopefully other regulators across the US will begin to adopt this. I think it’s important that we continue to market our products to a broader audience and so skill-based gaming simply allows us to offer something different and attract new and unique customers to our business.

What effect would the potential forthcoming acquisition of Borgata's online partner BwinParty have on Borgata’s internet operations?
We certainly haven’t been a part of the conversations and don’t understand all of the elements of the deal. Sitting here today, knowing what we know, we would expect no changes to our partnership with the operation of the Borgata online side. We expect everything to operate as normal. It’s certainly early in the process and I’m sure more details will come out in the future.

In which direction do you see the New Jersey online market moving?
Looking at the first full year of online gaming in New Jersey, it turned out to be a much smaller market than any of us anticipated. It has continued to grow and we continue to see slow growth this year in its second full year in operation. We saw double digit growth in the market for July and it continues to build. Firstly, we’ve been profitable in that business for the last four quarters. Secondly, it has allowed us to speak to a new customer. The majority of customers of the online product are new customers to Borgata, having been in the state for several years but never having been to Borgata. It has opened a door for us to talk to a new customer and invite them into our land-based facility, so it’s turned out to be a great marketing tool for us, even though it has started off a little more slowly than we would have anticipated.

How would you be able to compete with PokerStars if it is to join the market?
I think PokerStars is a very strong poker product and frankly we anticipated that they would be in the market when we put together our business plan for that product. We think that PokerStars will grow the overall business and the overall liquidity for poker. We’re frankly more successful on the casino platform side of online gaming. That is growing at a faster pace than the poker side. We welcome PokerStars to the market and we think they will grow the market. We’re happy to compete with them and I think it will be beneficial to both of us.

Secondarily, we want to use those improved results to continue to deleverage the company and continue to pay out debt. We’ve done a great job of that over the last couple of years. We’re looking for opportunities to continue to grow the company – we’re not done growing by any means. Since 1975 when we opened our first property, the California Hotel and Casino, to today where we have 22 properties, we have seen tremendous growth, but we’re not done. We’re looking for other opportunities to grow the company, whether it’s here in the US or internationally. We’ll continue to focus on that to find not just any deal but the right strategic deal, the right fit, at the right price and something that works for us.

This article was first published in September 2015