CNBC Evolve Summit: Is the casino industry headed towards recession? 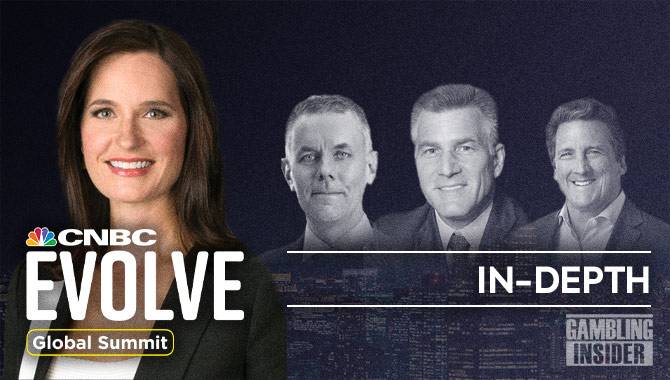 The panel discussed the financial status of the US casino industry in a post-Covid-19 era where many businesses face the threat of recession.

Brewer: We know that people are enjoying what Las Vegas has to offer and that demand is persistent despite rising inflationary pressures. Bill, what are you seeing – what do you see for the next half of the year and where's the industry going?

Hornbuckle: I do believe there's been a change. I do believe that how people think about travel, how they think about whether there was initially Covid money or not and how they think about what they want to do with their free time is a credit to Las Vegas and its casinos in a large way. Is there a recession around the corner? Time will tell. You wouldn't know by looking at this place last night or what we've experienced over the last couple of quarters. And I think about the environment we're in today in employment and getting people to come to work. It's an interesting environment that we're all in. But I'm extremely optimistic about the space, the experience economy, and where we belong in it. And so, you know, I'm very positive, generally speaking.

Brewer: What are you seeing right now, Craig?

Billings: We spent much of the Covid period really just continuing to invest. Invest in our people, invest in our business, and that's borne fruit. I think we see that every day in our customer satisfaction surveys and in our numbers. So it's been great throughout the past few months. On the founder point that you raised, you know, obviously, our founder left very rapidly (Steve Wynn). And for us, there was kind of three buckets of things that we had to think about. The first was what needed to change very quickly – certain points on governance, the board, etc.

The second is that which would never change, that founder’s mindset, that sense of ownership down to the line level, accountability and our design and development capabilities. And then that which we could evolve. That's really a multi-year journey. So much of what we've seen over the past six months is the fruit of that evolution. So you see it in our food and beverage programme, you see it in the way we use social media, you see it in our entertainment programme. And so, we've started to see that bear fruit and it's still early days in that evolution.

Brewer: What do you think, Rob?

Goldstein: Well, I’m not in Las Vegas anymore. We sold our properties as you and these guys know. I'm thrilled to see the rebound of Las Vegas. I’ve been a citizen here for almost 30 years and am very proud of the city; a huge fan of it. We are experiencing a different situation because we're Asia-bound. All of us here have properties in Macau and it's struggling, as you know. For me, having been with Sheldon Adelson (late Las Vegas Sands Founder) for decades, it's now a difficult time for us emotionally.

We sold Las Vegas; it was very hard for me. We sold it for different reasons than people understand. And I think, you know, Sheldon did something that I'll never forget during Covid when everybody else was laying people off and I had made a proposal to the board to follow suit. He tapped me on the shoulder and said, “Rob, not doing that.” I said, “Not doing what?” He said, “I'm not laying people off.” I thought he was confused. So I took him aside to explain it to him. He said, “I'm not confused.” He said, “I'm not laying people off.” He had a very strong belief in culture and people. And that today resonates with us as we try to carry on his legacy in Macau and Singapore. Maybe again in the US at some point.

It was very expensive to keep people on. When I told Sheldon how much it was, he was very sweet. He said, “Rob, I can afford it. We can afford it.” And he said, “I'm not going to fire people. They have made me very wealthy, it's my time to give back to them.” I had the privilege of watching Sheldon on two fronts. Very much a believer in culture, longevity and sustainability with the staff. And secondly, a big believer in strategic thinking. Sheldon never did anything – whether it being Macau, Singapore, Pennsylvania, Las Vegas or any other jurisdiction – without thinking, “what do I bring to the table strategically? Why am I different?” And he did it here in Las Vegas and he authored this whole MICE strategy.

Goldstein: Yes, the convention-based group business was Sheldon's calling card. He grew up with it through Comdex. But my point is all these people we are referencing had a strong strategic perspective of people, culture and thought processes. Different people have different perspectives. The fellas that we all came to work with saw things a different way. They had a huge vision and a huge appetite for risk.

Billings: Steve Wynn was a true founder at heart in every way. And you know, the way that he ran the business was as a founder. He led with very high accountability and very few corporate staff. And you have to make sure that continues and take that legacy, be a steward of that legacy and evolve it. And I think Rob, you said that too. You can't be afraid to evolve it and make sure that you can meet changing consumer needs and shifting consumer trends to stay relevant. But you have to maintain the core and soul of who the business is and who the team is.

Brewer: Did that make a difference for Wynn when we saw this massive hiring squeeze when everybody around the nation was desperate for workers? Did that soul of Wynn make a difference in how you were able to retain talent? Attract talent?

Billings: No doubt. No doubt it did. I mean, it’s similar to what Rob was talking about; we also didn't lay anybody off during the shutdown because you can't reassemble a team in a short period. It takes years and years and years to do. And so, when we reopened, we actually had an energised team that felt great about where it worked. And our turnover has reflected that.

Brewer: Is there a canary in the coal mine about a recession coming?

Hornbuckle: We have a pretty broad view on this because we have properties all over the country and obviously we have every marketplace here in Las Vegas as well. We have not seen it, particularly here in Las Vegas. Now, what's happened over the last 18 months has literally been historic. But if you look at how we thought we'd be performing against how we are performing, we're exactly where we thought we would be. We're not naive to think that consistent gas prices and a consistent increase in inflation are not going to impact our business. It hasn't yet.

Billings: I would agree with Bill. We're in a similar situation. Now how much of that is our customer type? I don't know. But I do think that the industry particularly here in Las Vegas is better prepared strangely, because of Covid, to know the levers that we need to pull to make it through whatever does happen.