Legal update: Camelot, potential damages and the battle for the National Lottery 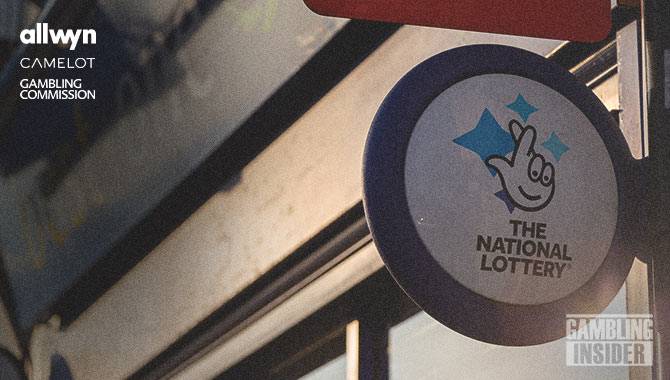 Gambling Insider speaks to Keystone Law’s Richard Williams about the Gambling Commission’s decision to award the fourth National Lottery Licence to Allwyn. He discusses the legal action taken by previous incumbent, Camelot Group, after it held the prior three licences, dating back to the National Lottery’s inception in 1994.

With Camelot losing the licence for the lottery, why did the Gambling Commission award the fourth licence to Allwyn?

The Gambling Commission set out quite clear factors that would determine the successful applicant as part of the licence competition process. There was a quite clear bidding process, and what each of the bidders would need to satisfy the Commission in terms of its overriding duties to protect players, ensure propriety and maximise returns to good causes. Obviously, I’m not party to the decision-making process that led to Allwyn being appointed as the successful bidder for the National Lottery. Some leaks prior to the announcement of the decision suggested that Camelot would retain the licence. However, Allwyn was announced as the winner, and Camelot – as you might expect – has now challenged the decision on several grounds.

Looking at the nature of Camelot’s challenge, is it fair to say there doesn’t overtly appear to be much substance to it?

Camelot and IGT, Camelot’s technology partner, have challenged the Gambling Commission’s decision to award the licence to Allwyn. There are two elements to the appeal; a procurement challenge, which is the procedure under which the contract was awarded; and a judicial review, which is a review of the decision making process.

“There has been some suggestion in the press recently that damages are now the only possible outcome, but I don’t think that’s correct” Richard Williams

Without knowing the details of the case, I can’t say exactly what Camelot and IGT are seeking. In relation to the judicial review, if Camelot were successful, I understand that the Court could order the Gambling Commission to re-run the entire competition process. There has been some suggestion in the press recently that damages are now the only possible outcome, but I don’t think that’s correct. Damages may be one outcome, but I believe that if the Court found the process to be flawed, it could declare it null and void.

So is Camelot looking for a re-award? Because the operator is saying it’ll cost it around £600m ($721.2m) if it lost the licence.

I think it’s still a possibility that the judicial review could conclude the competition process was flawed. The further Allwyn gets down the route of taking over the lottery and putting in place the technology to do so, there is less of a chance that the decision will be reversed due to the disruption it would cause. If the process was reversed at a late stage, the costs on both sides would be huge. Allwyn could then seek damages against the Gambling Commission.

In terms of the recent hearings, on 29 June, Justice O’Farrell in the High Court lifted the suspension on the National Lottery contract being entered into with Allwyn. Camelot and IGT then appealed that decision to the Court of Appeal (Civil Division). After which, the Court of Appeal sought undertakings from all parties in relation to costs, in the event that the substantive appeals are unsuccessful. If Camelot’s appeal ultimately fails, it could be liable for damages.

On 14 July, the Court of Appeal granted Camelot and IGT permission to appeal and (subject to undertakings as to costs being given by 15 July) ruled that the suspension preventing the Gambling Commission signing a contract with Allwyn would remain in place. We’re assuming those undertakings were given, as the Court of Appeal has now listed the appeal on the 13 September 2022 for two days. It’s an urgent “flagged” appeal and will be heard by the Master of the Rolls. As things stand, the Gambling Commission cannot sign the enabling contract with Allwyn until the appeal has been concluded.

Is there any precedent for having a lottery licence decision overturned?

In relation to the current challenge, we do not know the grounds or the details of the selection process, but I expect that the Gambling Commission and Allwyn will fight these challenges all the way. Similarly, I expect that the owners of Camelot, the Ontario Teachers’ Pension Plan, have set aside a significant amount to cover legal fees which Camelot is prepared to risk to challenge the decision.

Is Camelot hoping that Allwyn will just throw in the towel like Virgin did in 2000?

If Camelot can shorten the transition period, it gives the new operator less chance to be fully prepared for launch and could end up being a disaster. The shorter the period you have to implement IT solutions for something as large as the National Lottery, when things have to be tested, it could end up being chaotic. Allwyn certainly won’t want to be in the position, where it’s taking on a whole massive infrastructure project on short notice.

The one thing that is beneficial for Allwyn is that the Court of Appeal is keen to get on with the hearing. It’s set an urgent date for the appeal hearing to take place, even though it couldn’t be listed before the court recess. If that appeal is heard and is unsuccessful, Camelot may have to admit defeat, because the enabling agreement could then be signed and Allwyn will be further down the transition process. Then, if it was found that the process of awarding the contract was wrong through judicial review, damages would be the most likely outcome - rather than reversing the decision.

If the bid was overturned, would the process have to be re-run – or would Camelot take the licence by default?

It appears that the hearing in September 2022 is to consider the procurement challenge. I am not entirely sure when the judicial review will be heard - that’s likely to be a subsequent hearing. So, there will effectively be a two-parter to this. Camelot, even if it lost on the procurement challenge and the suspension on awarding the contract was lifted, could possibly seek a further suspension pending the outcome of the full judicial review – therefore, the litigation could potentially go on and on.

“I feel fairly certain that if Camelot were to lose, it’d be back as a bidder next time” Richard Williams

If, as seems likely, Allwyn will definitively be given the licence for the National Lottery, does that increase public faith that the process isn’t biased to those that have been awarded contracts before?

I think there is a proportion of the public who would welcome a change. It will be interesting to see how another operator runs the lottery. There have been decisions taken by Camelot over the years which have led to dissatisfaction in certain quarters about how the lottery is operated; for example, in 2013, the stake to play Lotto was raised from £1 to £2, while the odds of winning have also lengthened dramatically and jackpots have been rolling over.

Some players would prefer there to be smaller jackpots divided between more people rather than one huge jackpot.

Are there any potential issues if it is overturned again and Camelot continues to run it for the next decade?

I think we’d have to wait and see what the outcome of these appeals is before we start to think about the next licence competition from 2034 onwards. I feel fairly certain that if Camelot were to lose, it would be back as a bidder the next time. So, if Allwyn’s projections, in terms of maximising returns to good causes didn’t materialise in practice, then similar projections for the next licence period would have to be scrutinised very closely.

For more on the background and history of the recent National Lottery bid, check out our cover feature in the May/June edition of Gambling Insider magazine.