What has the Chandler family brought to the gaming industry? 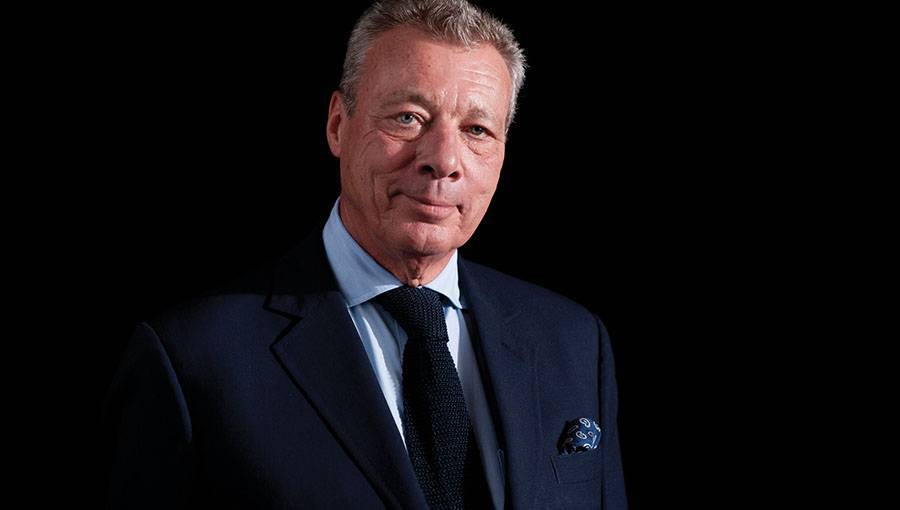 23 May 2014 proved to be a seminal day in the history of UK gambling. For those connected to the industry, it was a day that may have felt like the end of the reign of a royal family, such was the level of familiarity that one particular family had created with British bettors. Michael Tabor’s purchase of the BetVictor group for an undisclosed fee brought to an end the Chandlers' day-to-day involvement with the betting industry that had lasted for nine decades. The family’s presence with the gambling sector is as familiar as the Coppola family's within the film industry or the Jackson family's in the music industry, and a sense of emptiness can be felt at the lack of a Chandler acting as the driving force of the company.

So where did the story begin? Well, long before UK betting shops were legalised via the Betting and Gaming Act, it was in 1933 that William Chandler’s Walthamstow Stadium greyhound racetrack opened in east London, although it is reported that William’s betting-business career had actually begun on the illegal market in the 1920s. The track was purchased after William sold his shares in Hackney Wick greyhound racetrack. The number of licensed greyhound tracks in the country then rose to 77 shortly after the end of the Second World War, and Walthamstow Stadium was graced by dogs owned by Prince Philip. The end of the war preceded the splitting of the ownership of William’s businesses to his two sons, Victor and Charles. Victor Sr. took control of the gambling arm of his father’s estate, while Charles assumed control of the racetrack, which remained in operation until its closure in 2008. It is reported to have attracted 5,000 fans and hosted five race nights a week at its peak.

The year of 1961 was one of the most influential in the history of the UK market, as the first legal betting shops in the country opened following the passing of the aforementioned Betting and Gaming Act. It is estimated that approximately 100 shops were opening per week after the law was implemented on 1 May. According to the BBC, the Government’s plan was to take gambling off the streets and prevent bookmakers from using runners to collect money from players. The Chandler family weren't going to miss out on the emerging fruitful landscape. Victor Sr. grew the business by creating a land-based chain of betting shops that would further increase the company’s presence.

Victor Jr. assumed control of the gambling business in 1975, following the passing of his father. It was his duty to look after his mother and two sisters – both of whom were still at school. This would be the man who even casual observers would still associate above all else with the company today, despite his now-reduced involvement.

Taking over the reins was an unexpected development for Victor Jr., who was in his early twenties. He told the Huffington Post: “I had been working as a consultant in Spain after attending college in Switzerland, but I returned home when my father became ill. The illness was quite protracted, so I opened an estate agents in Brighton first. It never really occurred to me that I'd have to run the bookies until my father died." He had been met with some damning words, with his accountant telling him the business was insolvent. Several betting shops were sold so that focus could be placed on a credit business for VIP customers. He referenced in that same interview with the Huffington Post that the turning point was a successful Royal Ascot in 1977, from which the business continued to grow.

Standing still was something that Victor Jr. would simply not do and there was a time when the company became quite unpredictable, including when Victor Jr. took the firm offshore to Gibraltar in 1999. The decision was based on the view that if Irish bookmakers could advertise in and take bets from the UK, why could his company not do the same from Gibraltar? This move turned out to be a trend-setter in the industry, taking advantage of a pre-point-of-consumption tax market. This coincided with Victor Chandler (as the bookmaker was known) becoming one of the first operators to offer online gambling around the same time.

Unlike many other operators, the man driving the operation was happy to become the face of the company, akin to Betfred founder Fred Done. Victor Jr. starred for a number of years in the operator’s TV advertising campaign alongside the likes of actor Paddy McGuinness and comedian Paul Kaye. It wasn't uncommon for him to be the topic of newspaper and magazine features, including within the inaugural Gambling Insider Sports-Betting Focus. It was in an interview for the 2014 publication that he opened up about how the industry appeared so vastly different from the one he had been introduced to.

He said: “You used to have people walk up to you with bags full of cash and you had to think on your feet whether you wanted to lay a big bet or not in seconds. People would just walk up to the rails and ask us for football prices. I miss the characters on the racecourse. I miss immediate decisions made on the telephone and mistakes made. I loved being on the racecourse. I loved talking to clients on the phone and I miss it.”

An expansion also took place with Victor Jr. at the helm – towards new markets in Germany, eastern Europe and Asia. Name changes were also a theme of the younger Victor's reign, beginning with a rebranding to VC Bet from Victor Chandler in 2004.

He would later admit that this was the wrong move that was not backed up by a big enough marketing campaign. The original name was restored in 2008 and a rebrand to BetVictor followed in 2012.

The family has been through virtually every significant development in British gambling history, but in 2014 it was announced that the full-time relationship between the Chandlers and consumers would come to an end. Victor Jr. elected to sell the business to a trusted ally, Michael Tabor, deciding it was time to take a backseat.

He said: "Having owned and led this business for more than 40 years, I looked towards the future and I decided that the company would be best served under new ownership and leadership. I have known Mr Tabor for many years and I am confident that the company will continue to thrive under his ownership." His imprint remains on the company, the BetVictor name has been retained and the terms of the deal did not lead to Victor Jr.'s exit from the company, he has remained in a consultancy position. However, he is no longer at the forefront of the marketing campaign and appears to be very much in the background.

Some may deem this to be well-earned time off for the man who knows the industry inside out, and who himself has known little else. Now, when a BetVictor ad appears on a TV screen or other media platform it is impossible to think of the brand without remembering the family that cemented its place in the minds of the country’s punters. It is now time to see what a new generation can offer.