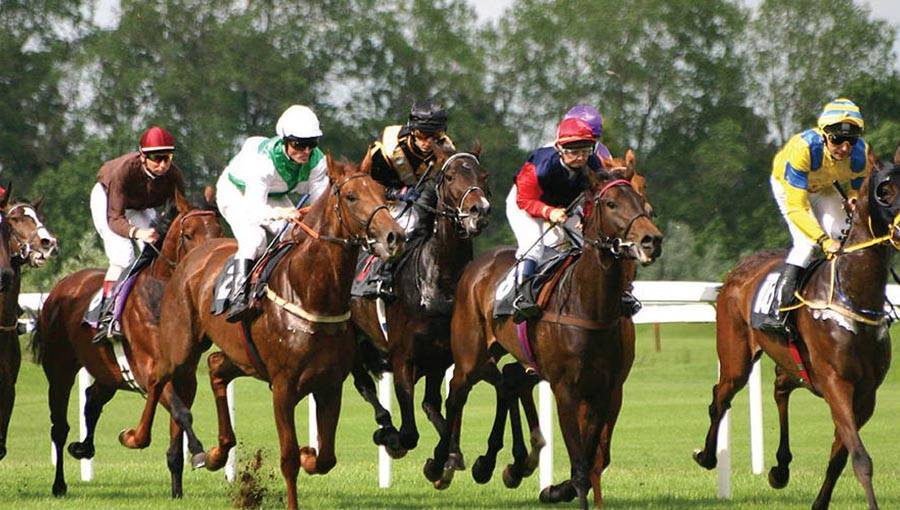 ﻿The tangled mess of a problem that is the Horserace Betting Levy reforms won’t be solved any time soon, says Steve Donoughue

Only Coronation Street, which was first broadcast on British television on 9 December 1960, beats the Horserace Betting Levy into second place as Britain’s longest running soap opera. However, even though the Levy might be a few years younger than Corrie, the two are an even match when it comes to having a wide cast of comical characters and ludicrous plot lines. This latest instalment is to update you on where the story has progressed to in the past few months and as a spoiler, there are no teenage pregnancies, miraculous plane crashes or exploding fish and chip vans covering the locale with boiling hot dripping. What we do have though are flimsy statements by a Secretary of State, opaque briefings by his government department and still no real answer to what is now a mystery, wrapped in a riddle trapped in an enigma.

On World Book Day (3 March), the Secretary of State for Culture, Media & Sport, John Whittingdale MP, ex-Thatcher speech writer and nemesis of the BBC, announced in response to a planted question by Chris Green MP, Conservative MP for Bolton West, that the British Government “intend[ed] to introduce a new funding arrangement for British racing by April 2017”.

For the historians amongst you, it’s worth remembering that the government first announced that the Levy would be abolished in November 1999. Back to 2016 and the government is now saying that they want to “create a level playing field for British-based and offshore gambling operators, and will ensure a fair return for racing from all bookmakers, including those based offshore.

The racing industry will be responsible for making decisions on the spending of the new fund.” The country sat on the edge of its collective seat, and was assured that there would be “further announcements shortly”.

While not a shock to anyone in racing as this announcement had been trailed in most trade publications, the lack of clarity as to what the actual replacement for the Horserace Betting Levy would be left many at a loss. The sound of tweed clad racing-o-philes chomping at the bit for news about how this new funding mechanism would take them to the Promised Land was almost deafening.

Further detail was expected in the Budget Statement of on 16 March, but when Osborne’s second omnishambles came along it provided us with meagre pickings: “Horserace Betting Levy reform – The government has set out a timetable for replacing the current Horserace Betting Levy by April 2017. This will give British horseracing the right to funds from offshore remote betting operators.”

In fact, those of us addicted to this never ending story of repeatedly crushed hopes and dreams, interspersed with near psychotic episodes from all sides, had to look to the Department for Culture & Sport (DCMS) for some hard news. DCMS has obviously wrestled the topic back from H.M. Treasury where Osborne kicked off the idea for replacing the Levy with a Racing Right (allegedly) as a favour to his mate, the MP for Newmarket Matthew Hancock, so he could get re-elected by the racing set. With the shock of the 2015 Tory majority behind them, HM Treasury had been badgering DCMS to set the wheels in motion for over a year, not caring that there were major flaws with the Racing Right.

DCMS has rather poignantly published on its website (as of the time of writing) the three consultation documents looking at what could replace the Levy that were originally published in 2014/15 before the Chancellor made the decision to ignore them and just press ahead with the Racing Right. The actual document that was supposed to be published “Implementing the replacement for the Horserace Betting Levy – March 2016” needs to be searched for. Almost as though they don’t want you to read it.

Once you have read it, you realise that DCMS still don’t have a clue. Basically the only thing they know for certain is that a) it will look and smell pretty much like the existing Levy, only it will include offshore operators as well, b) the Levy Board will continue but only to collect the money, not distribute it, this will be done by a Racing Authority, and c) this is all tenuously based on the example of the French parafiscal levy on online horserace betting. Parafiscal means being ancillary to fiscal. Any clearer now?

My spies on the inside tell me that DCMS has been at panic stations for months in the knowledge that the anniversary of the 2015 Budget statement, when the Racing Right was announced, would prompt a call for material action and they would have to pull a rabbit out the hat. Nobody had come up with an alternative to the Levy that was legal and kept all parties happy in a generation of trying, and now it was down to one of Whitehall’s smallest department to solve the problem.

It would prove to be more hamster than rabbit that they pulled out in the end, as the only thing it will do is make us all go round and round in a wheel some more because this is clearly not the answer to racing and betting’s dreams, it’s a legal straw that has been grasped at.

To answer why, I turn to the brains of David Zeffman, partner in legal firm Olswang, located just yards from the British Horseracing Authority on High Holborn.

I share a small piece of a horse with David, unfortunately not the really good one that wins big races, more like the one that’s escaped its milk cart. He is undoubtedly a leading racing and betting legal expert, and can explain ins and outs of the industry as though he’s been around since the horses had chariots attached.

David can’t help stating that the legal premise of the Racing Right is inherently flawed, it is in breach of both UK and European law because of state aid. To be fair, the UK Government appreciates that state aid is an issue and will give state aid notification to the European Commission over the summer. To remind those of you sat at the back of the class instead of paying attention, state aid can occur whenever state resources are used to provide assistance that gives organisations an advantage over others. By using a law to impose a levy that gives money to a particular group such as racing you indulge in state aid. There are exemptions to this, such as developing defined economic areas (such as racing) but they cannot adversely affect trading conditions to an extent contrary to the common interest. The government is hoping that the exemption the French got for imposing their levy on online betting will be a sufficient precedent for the Racing Right to be implemented.

But Zeffman points out (I thoroughly recommend you sign up to his newsletter) that the French case is currently being challenged by the Remote Gambling Association and the European Gaming & Betting Association at the Court of Justice of the European Union, and the main question to answer is whether it adversely affects the common interest. This is obviously relevant to the UK case. Also to be questioned is whether the circumstances are like for like.

French racing doesn’t benefit from the media and data rights that the UK does, them not having the same betting shops, so their desire for a levy, which was part of them liberalising their betting market, may prove different as the UK is bringing this in to stop leakage of levy abroad. Different histories and different motives may make for different outcomes.

The fact is that any issue that goes to court is a gamble. There is probably just as much chance as the Court of Justice ruling one way or another. Which does lead to the question, should racing just back Britain leaving the EU, and then state aid wouldn’t be an issue?

Steve Donoughue is CEO at www.GamblingConsultant.co.uk. He speaks in a personal capacity only