Why does everybody hate us? 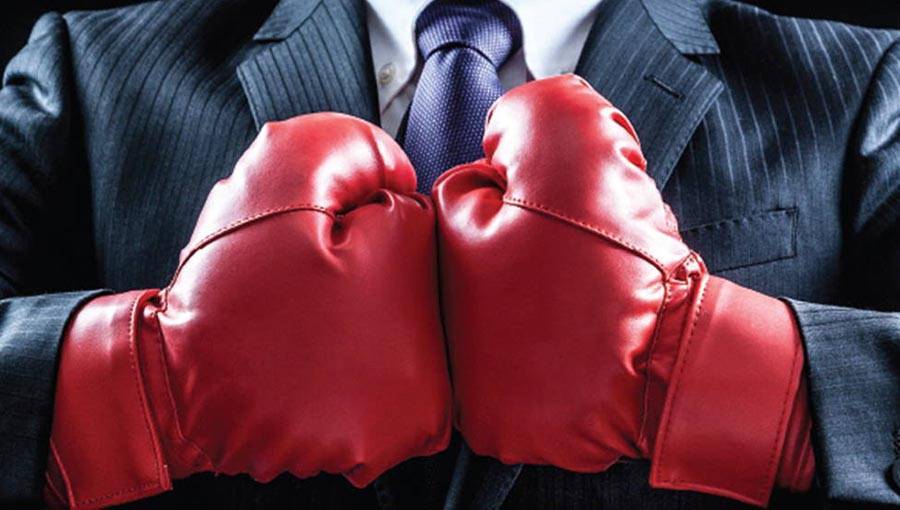 ﻿Don’t hide from the media or bury your head in the sand, it’s time to fight back says Steve Donoughue

You could be excused, when listening or reading a news story about gambling recently, or even in your most wonkishness, listening to a Parliamentary debate, for wondering why what we do would seem to be akin to farting in the face of Her Majesty (Happy 90th BTW). That is to say, why is it that the industry we work in is so hated by the press and those who they go to for comment?

How can something that has been around since the pyramids of Cheops (they found loaded dice inside them), has been indulged in by literally billions of people throughout all time and all civilisations, and has been legal in much of the world for nearly a half century be regarded so unfavourably by those people that newspapers deem intelligent and informed enough to quote on their front pages? In short, why does the MSM (mainstream media to you guys not wearing tinfoil hats) hate gambling so much?

The press has recently gone big on horrific stories linking suicides directly to gambling addictions without a mention of other underlying problems. There is a constant drip drip of stories where problem gamblers lose their houses, families and livelihoods, and it’s all our fault. Then there is money laundering, not just the scandals of the customers being busted by the police and then tipping off the Gambling Commission about errant operators, but the idea that street level drug dealers are laundering their money via gambling as if they were running massive crime empires.

Then we have that old chestnut of betting integrity, where somehow any rigged sporting event is the fault of the legal gambling industry not bent sporting officials, team members or illegal bookies. It would appear that if anything goes wrong, it’s our fault, us who operate legally, abide by the regulations and do everything we can to prevent the social externalities that can happen. If we were doctors or teachers we would be complaining about our profession being denigrated in the press, but for most of us, it’s just an occupational hazard and we do our best to ignore it.

To my mind there are three potential theories of why gambling isn’t loved in the way it should be and they may be interlinked. First is the over-exposure theory, which argues that if we look back through history, whenever a form of gambling becomes overly public and prominent, the forces of reaction kick in and through the use of a susceptible media launch a moralising campaign to have said form of gambling restricted or banned. Almost as if self-appointed guardians of the public morals have decided to put us back in our place.

This was the case in the UK in the 1930s with greyhound racing, the 60s with bingo, the 80s with gaming arcades, and now in the teens is the case with FOBTs. I predict it will be online next. Key to any reactionary campaign is the belief that vulnerable people are victims on a massive scale to these pernicious activities. In the 30s it was the poor, the 60s women, the 80s children and with FOBTs, if you listen to some of their loudest critics, anyone can become an addict just by being in the same room as them. In each example emotion beats evidence by a country mile every time, even though dodgy academics do their best to wade in with spurious data or studies to the contrary. This theory is sometimes called the “Think of the children” theory, and yes do make sure you screech it in a high pitched voice.

My second theory is that of a post-economic crisis moralisation, or for short, “Now we say no to greed”. Equally true historically is the cultural impact of regular economic catastrophes inherent in our capitalist system which sees, in a post-financial crash environment, an over emphasis on trying to put morals back in to markets. The markets being that young person was only turned bad by their evil influencers (bankers usually) focused solely on greed. If only they could become good again and believe in being nice to everybody we could all get along and still see healthy growth in our pensions or house prices. Gambling has got absolutely nothing to do with financial institutions going bad, but once they’ve said casino capitalism enough times, we’re just part of the malaise that caused the crash. Similar things were said after the 1920s, if there hadn’t been so much fun gambling and other excesses and more people saved and went to church instead we wouldn’t have gotten into this mess. To some, gambling epitom ises a disregard for hard work and clean living and so has to be worthy of some blame. Coincidentally it was exactly this louche stereotype that appealed to me in choosing it as a career.

My final theory I call the “Only thing Owen Jones is right about” from his 2011 book Chavs. Hidden in between a lot of torrid socialist dogma that could just about inspire a patchouli-oil scented student to undertake a sit-in, is a strong argument that the British media, cheered on by the establishment, demonises the working classes in the U.K. As post-industrialisation has reduced those who once had respectable factory jobs for life into zero hours contract distribution centre workers and a growing underclass weaned solely on welfare and moped wheelies, their traditional leisure amusements also get demonised. No-one watches My Big Fat Gypsy Wedding to see love conquering any obstacles that restrained circumstances can throw at you. We’re encouraged to laugh at poor people and criticise them for all their bad habits; smoking, eating fast food and gambling. How dare they have a flat screen TV or visit the bookies, surely they should be doing star jumps and volunteering for things to earn their food?

This may seem fanciful but in my time in Parliament I have seen a big change in the way Parliamentarians consider gambling. Much of the blame, it has to be said, is due to the years where the big three bookmakers were absolutely diabolical in their incompetent dealings about FOBTs, which turned the subject toxic. Those in other sectors, who keep banging on about FOBTs, only spread this toxicity and ruined it for the rest of us. Please do keep it down.

Having said that, it should also be recognised that there have been massive structural changes in who the MPs are. Post 2010 we have lost a large number of working class MPs who would defend their constituents’ right to gamble as it was what they did. Ed Balls was the last one I heard making this defence. Now our Parliamentarians are far too middle class to even know what gambling is, or if they do they look at it solely through the filter of it being an attack on anyone vulnerable (regardless of if they really are) – be they poor, women, or just so un-educated they can’t realise that a falafel, a world music CD and a discussion on unilateral disarmament is what leisure time should be all about. Without wishing to sound like my dad, we unfortunately live in a world of North London modern parents, where unless a venue where that little Jack and Poppy can partake in a pre-teens intermediate French poetry slam then it shouldn’t be on the high street and definitely not promoted online.

So what do we do? I know that some industry trade associations have taken the approach of keeping their heads down and saying nothing, but the ostrich strategy is always the worst. It gives the battleground fully over to the opposition. We need to educate. We need to show the commentariat that we provide fun in a safe and responsible environment. We need to mobilise our supporters, our staff and our customers and show our detractors that what we do is a part of our culture, our heritage and our future. Gamblers are happier people than non-gamblers. We need to speak up for ourselves. Someone find me a milk crate.

Steve Donoughue is CEO at www.GamblingConsultant.co.uk. He speaks in a personal capacity only