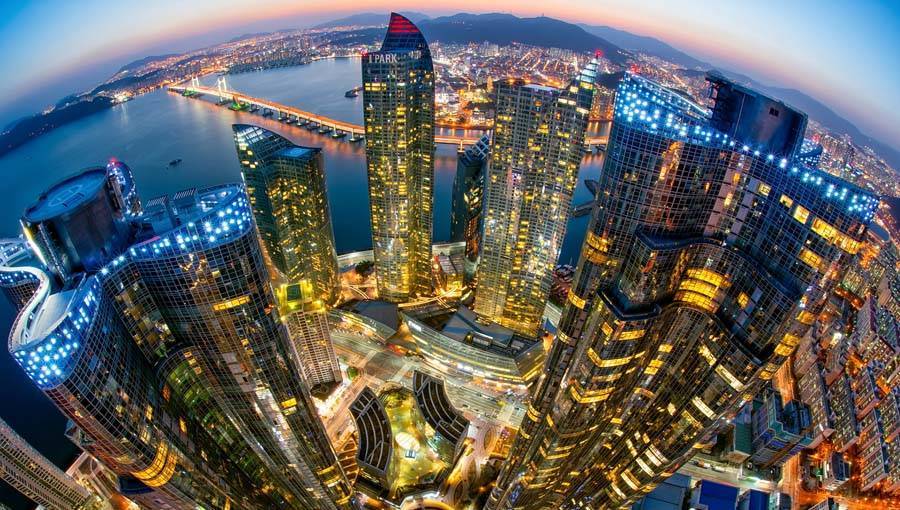 Las Vegas and Macau are the undisputed heavyweights of the land-based casino industry, with Macau’s annual gaming revenues surpassing those of Las Vegas in 2006 to establish the former Portuguese colony as the world’s gambling capital. However, ten years prior to Macau’s revenue dominance, the region was nowhere to be found on the casino scene, the monopoly system only ended by the Macau Government in 2002. Which begs the questions: Do any locations across the globe have the potential to follow in Macau’s footsteps, and chart a rapid rise to global prominence?

In February 2016, the Mohegan Tribal Gaming Authority, along with partners KCC Corporation and Incheon International Airport Corporation, was awarded a licence to develop a foreigners-only integrated resort at South Korea’s Incheon Airport, dubbed Project Inspire and requiring a total commitment of US$5bn. A year prior the awarding of the licence by the Korean Government, Incheon Airport Official Lim Byung Kee was quoted by Bloomberg as saying: “We have benchmarked Resorts World Sentosa in Singapore for the integrated resort project here. We want to attract more visitors from China, taking advantage of the close distance.”

There have also been success stories in the recent financial performance of South Korean casinos. The country’s second largest foreigners-only casino operator, Grand Korea Leisure Co Ltd, saw its net income climb 38.1% in Q2, while Kangwon Land’s revenue for rose 9.2% in 2015 to US$1.3bn.

But will these factors equate to South Korea’s emergence in the not too distant future as the latest hotbed of casino activity?

Grant Govertsen, Head of Asia Equity Research at boutique investment bank Union Gaming, seems unconvinced: “This is unlikely to be the case. Recall that there were more than 30 companies that took part in the RFC (requests for concept), but that most declined to participate in the RFP (requests for proposal). As of today, the landscape suggests there will only be two Integrated Resorts in the Incheon area, neither of which will be close to each other thus negating any sort of cluster-effect benefit. At the same time, the Chinese VIP story is not what it once was, which will further pressure the top lines of these integrated resorts.”

Certainly, it should not be forgotten that of the 34 initial expressions of interest in the Incheon project, by November 30 2015 deadline only six applications had been made, with Galaxy Entertainment and Melco Crown among those to pull out. Moreover, the proposal for Project Inspire ended up being the only potential project put to the Korean Government that met its requirements of a $50m deposit and the desired balance of gaming and non-gaming features.

Indeed, Govertsen questions the likelihood that we will ever see another hotbed for casinos on anything like the same scale of a Macau or a Las Vegas. He continues: “It is hard to imagine any jurisdiction in Asia moving forward with an ambitious plan that will allow for the development of dozens upon dozens of Integrated Resorts in close proximity to each other. It just won’t happen. The best that can be hoped for is to replicate the success of a jurisdiction like Singapore. However, the only way that can be done will be via allowing the locals to gamble.

“If integrated resorts are relegated to foreigners-only status then they just won’t reach the same level of success as other integrated resorts where locals are allowed to gamble.” And while South Korea’s minority opposition party, the People’s Party, may have reportedly expressed a desire to push for a second casino permitting locals to gamble, to add to the Kangwon Land casino, a reversal on this issue does not appear likely anytime soon.

In addition, South Korea’s regulated market in sports betting is unlikely to be of any import in this regard. On the prospect of Korean operators leveraging the country’s markets in sports betting and horse racing to differentiate themselves from other gambling destinations, Govertsen went on to say: “They could try, but this is unlikely to have any impact whatsoever. Casino gamblers just aren’t interested in horse racing as an amenity. Sports betting is marginally more interesting, although the ability to wager on sports is already available in Macau (e.g. basketball) and the revenue story on sports gambling is barely measurable relative to traditional casino GGR.”

Macau’s downturn has been pronounced over the last two years, the decline in the special administrative region’s gross revenue from games of fortune stretching to 26 months as of July 2016 (although this now looks to have turned around following three months of growth), per figures released by Macau’s Gaming Inspection and Coordination Bureau.

VIP gaming is Macau’s biggest money maker, with VIP baccarat the region’s most popular game, and the most lucrative in terms of revenue generation, standing at 127.8bn patacas for 2015, a 40% year-on-year fall. However, this has failed to benefit South Korea in any substantial fashion, according to Govertsen: “It is important to keep in mind that VIP gaming trends in Korea have largely mirrored those of Macau, namely they have experienced significant declines over the last two years.”