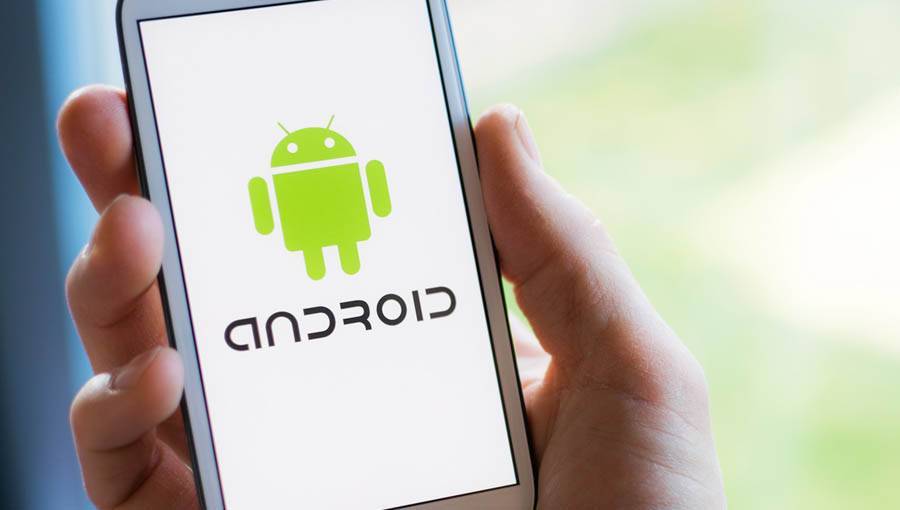 ﻿Google’s barring of real-money gambling apps from its Play Store is a lingering frustration for the industry. Julian Rogers catches up with a company aiming to change the landscape by building an Android app store dedicated to gambling. Could this be the silver bullet operators have been craving for years?

Apple may meticulously craft arguably the most desirable smartphones and tablets on the market, but these shiny devices come with premium price tags. That’s just one of the reasons why a myriad of Android-powered handsets from the likes of Samsung, LG, Sony and HTC, as well as rising Chinese brands such as Huawei, Xiaomi and ZTE, dominate the smartphone mix. In fact, Google’s Android accounts for around 80% of the smartphone market globally. In Spain, for example, the open-source OS runs on 90% of smartphones, while in India it has cornered a whopping 97% of market share. When it comes to tablets, Android’s dominance isn’t so pronounced, but it is still the leading OS; according to IDC, Android powered 65% of all tablets shipped in Q2 2016.

Why these numbers matter to the online gambling industry is because real-money gambling (RMG) apps have been refused entry to Google’s Play Store since it opened its doors in 2008 (known as Android Market until 2012). For those operators with native Android apps, the ban from this critical app emporium continues to be one of their biggest bugbears on mobile, which means app discoverability is a persistent headache. “It would, of course, be more optimal if Google had the same rules as Apple,” says Mr Green CEO Jesper Kärrbrink. “And, frankly, it is difficult to understand why Google is barring these apps when i-gaming is a legitimate industry and the largest entertainment segment in the world, while many of the operators are listed companies.”

It’s impossible to know for sure to what extent Google’s obdurate stance has hurt the online gambling industry during the explosion in mobile gambling this decade. What can be surmised is that users who can’t find RMG apps when searching for a brand or a gambling category in the Play Store are bound to be confused, and maybe a tad vexed. Apple allows RMG apps to enter its App Store in certain markets, including the UK, though there isn’t a gambling category and the Cupertino, California-based giant doesn’t rank or promote these apps. Nevertheless, it’s better to be in in some form (albeit a non-ideal one) than sat on the sidelines missing out on all those eyeballs.

Although Android apps can be downloaded and installed from outside the Play Store, it is still an unintuitive and convoluted process. First, users have to scan a gambling operator’s QR code or find the download link and instructions on the firm’s website. Then before the APK can be downloaded, the recipient has to delve into the settings to allow apps from “unknown sources”, which comes with warnings about potential harm to the device.

Furthermore, periodic scans by any antivirus software warns about the vulnerability of allowing apps from “unknown sources” to be permitted on the smartphone. All this niggling friction probably plants seeds of doubt in users’ mind, making a U-turn at this early stage of the customer journey a real danger. It’s easy to see why Android gamblers may well choose instead to access gambling sites and products via their browser.

However, one startup is looking to provide a solution for this confusing and messy app ecosystem with the launch of the first dedicated RMG Android app store. Betcade, based in Pasadena, California, aims to ameliorate the app discovery journey for customers and boost operators’ flagging fortunes on this OS. Created in collaboration with design company Fantasy, Betcade comes equipped with the look and layout of a traditional app store, as well as categories for various gambling verticals, product images and a star-based review system. Additionally, users will be able to deposit funds with Betcade to bet via any RMG app they chose to download, much akin to how Apple and Google handle app store payments. Again, it’s envisaged that this will help coax new users down the conversion funnel.

“We are trying to solve the discovery problem and then ease the payment process as well – that’s a really attractive proposition for people in the gaming industry”, founder and CEO David Chang tells Gambling Insider from Betcade’s East London office near Liverpool Street Station. “We are going to provide a viable ecosystem for operators and they are going to get their brand out there and discovered on Android. I really think our user journeys are going to be better than on iOS because we are going do a lot of things as a gambling-specific app store that is going to make the customer journey better in a lot of ways. So I’m absolutely convinced we are going to make them money on Android.

“On the consumer side, we are going to provide app experience that they prefer. So instead of being treated like a second-class citizens and having to deal with HTML5 browsers, they are going to be able to go to the store, search for their favourite operator’s apps and get a really robust app experience. The Betcade store is going to help them download that app so they don’t have to worry about all the wonky processes of downloading and installing.” Indeed, studies and anecdotal evidence show that mobile consumers usually much prefer native apps rather than the browser-based HTML5 equivalent. For instance, once someone has downloaded the Twitter or Facebook app it’s highly unlikely that they will revert to using a browser to access these social platforms. The visible and easily accessible app icon becomes the automatic choice.

Betcade is currently running an “Early Access Program” with a select number of operators and a pool of mobile users to provide feedback during the private beta testing phase. Chang and his team have also been speaking to global, publicly listed operators and household names involved in everything from casino and sports betting to poker, bingo, lottery and daily fantasy sports. Overall, the response has been positive, he reveals proudly. Betcade will initially launch in the UK, but the plan is to use this release as a springboard to land in other regulated markets.

On the one hand, it seems an obvious solution to fix a big problem. On the other, you have to question why no one has hitherto attempted to build something similar. “Every idea looks great from a 50,000-foot level,” says Chang, who has previously founded two online games companies (both still active) and most recently was head of industry relations at Gamblit Gaming. “Oh it’s easy, we should do this. But once you get into the weeds you realise there are some real serious issues that you need to figure out. Then there are those who thought this was going to take a lot of money, and you don’t know if it’s ever going to work out.

“When you start from looking at all the problems versus looking at all the opportunities, this generally has a chilling effect on things.” Yet Fintan Costello, founder and Managing Partner at Revenue Engineers, applauds the concept and the effort to improve the status quo on Android. “Operators have been crying out for a good Android app distribution platform but the reason we haven't seen it before is because what Betcade is doing is very difficult. Creating a functional and user-friendly app store and then working with a wide range of operators to integrate them with the store must have been very difficult.”

One obvious challenge, though, will be informing Android users about Betcade so that it almost becomes an automatic destination for perusing and downloading apps. This is why plans are afoot for a multi-million dollar marketing blitz to educate gamblers. Moreover, establishing Betcade as a trusted and secure store is paramount, though this won’t necessarily be easy in this day in age of online scams and warnings about malware-infected apps. “Like anyone who launches a new product there are always challenges to be resolved,” remarks Costello, who was previously head of eGaming at Google. “Apart from the technical side of things, getting Betcade in front of punters will be key to success, the same way it is for any app.”

Meanwhile, Kärrbrink welcomes anything that can improve discoverability on Android. “All initiatives that will make life easier for our customers are welcome. But I think if we should see Android apps coming to the same level as iOS apps, Google has to change their minds around this.” In the meantime, the priority for Chang is ironing out friction points, refining the UX and gearing up for an earmarked public launch in Q1 2017. “We are getting into the real nitty-gritty of how you track users and how you sort payments, and all the back-office stuff,” Chang explains. “It’s awesome that we have got this far and we are at this level of conversation with people. As a start-up guy I can tell you that these are the conversations that you want because it means that operators are engaged.”