Merger Watch: the major deals we might see in 2017 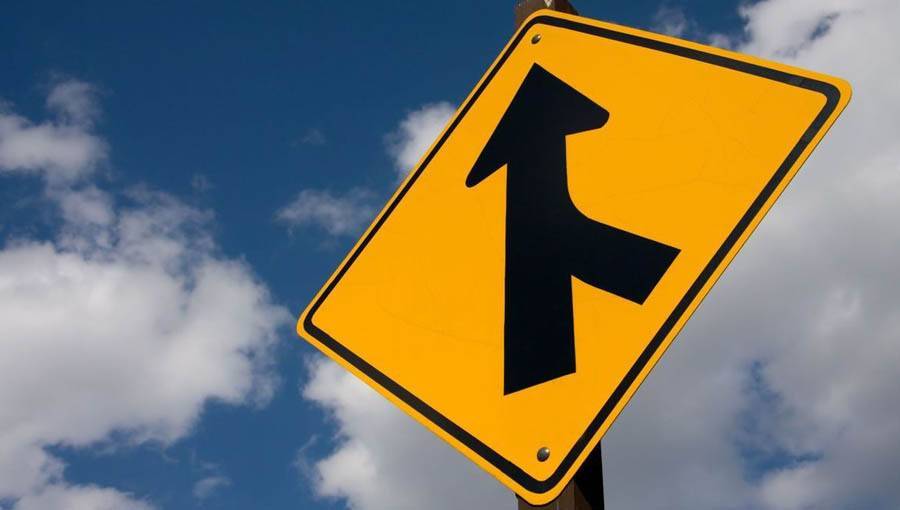 ﻿A flurry of M&A activity between some of gambling's titans has caught the industry's attention over recent years, and 2017 looks set to be no different.

News of a potential merger between the two undisputed heavyweights of the Daily Fantasy Sports (DFS) industry broke towards the end of October last year, tying a neat bow on ten preceding months of regulatory wrangling. The pair pushed for regulation in a number of states across the USA, and faced further legal problems, including being required to pay out $6m each to the office of the New York Attorney General for engaging in deceptive advertising practices.

FanDuel spokeswoman Justine Sacco tried to put a brave face on proceedings in the immediate aftermath of the announcement, saying: “As previously stated, the negotiations were tough but fair, but we are very pleased to have reached a resolution as this allows us to focus on our busiest time of year with NFL, NHL and soccer in full swing.”

While it would probably be a little disingenuous to suggest that this development, which took place shortly before the solid rumours of an impending merger agreement emerged, was the straw that broke the camel’s back, given that major corporate mergers take significantly longer than a few days to be agreed upon, it certainly represented a significant setback, and underlined that month upon month of legal to-ing and fro-ing was likely to be having a defined impact on the bottom lines of both operators. FanDuel alone spent close to $8m on legal fees in Q4 2016.

As such, the pair announced their agreement to merge in mid-November, with that process expected to reach completion in the second half of 2017. DraftKings CEO Jason Robins is to be CEO of the joined entity, while FanDuel CEO Nigel Eccles will become Chairman of the Board. A statement on DraftKings’ website detailing the announcement reads: “By combining and streamlining resources, FanDuel and DraftKings can work more efficiently and economically with state government officials to develop a standard regulatory framework for the industry." Both of the aforementioned CEOs registered their excitement, with FanDuel’s Nigel Eccles saying: “Being able to combine DraftKings and FanDuel presents a tremendous opportunity for us to further innovate and disrupt the sports industry. “While both companies have accomplished much already, this transaction will create a business that can offer a greater variety of offerings, appealing to new users, including the tens of millions of season-long fantasy players that haven’t yet tried our products.”

The merger will certainly aid the DFS giants in combating their respective cash flow problems, although it will throw up certain problems of its own, not least of which being branding; neither FanKings nor DraftDuel exactly roll off the tongue. Slightly more severe is the fact that the creation of such an unassailable market leader in the DFS space means that the merger will be subject to severe antitrust scrutiny in the USA before it can be given the go ahead, although both operators insist that the merged entity will not constitute a monopoly under federal law.

Regardless, this is a merger that makes clear sense for both in refocusing their lobbying efforts and shoring up their finances as the fight to see DFS more widely regulated across the USA rumbles on into 2017; whether antitrust scrutiny will render completion a trickier prospect than anticipated remains to be seen.

In a move that could lead to the creation of an undisputed leader in the Australian marketplace, Tabcorp Holdings and Tatts Group unveiled the terms of an A$11.3bn merger back in October 2016, with completion of the merger and the requisite regulatory hurdles expected to be cleared by some point in mid-2017.

This decision by the corporate governance of two firms, that were rivals in the Australian sports and online betting marketplace, is not one that will have been taken lightly. It comes in the face of increasingly belligerent international competition, from the likes of Paddy Power Betfair and Ladbrokes Coral.

As of Q3 2016, the revenue generated by Paddy Power Betfair’s Australia facing sportsbook, Sportsbet, grew 21% year-on-year, driven by a 17% increase in stakes. While that growth is significant in and of itself, highlighting the competition such sites present to the offering of native firms such as Tabcorp and Tatts, Ladbrokes Australia’s growth was dramatic by comparison, with a revenue increase of 89.6% posted for the same period.

Jim Mullen, then Ladbrokes CEO and now Chief Executive of the enlarged Ladbrokes Coral group, hailed this growth, stating: “In Australia, we’ve continued to enjoy tremendous success across all measures in the form of improved margin, strong staking and active growth.”

Those reading this are likely to be more up to date with specifics of both companies’ directions in the region, with Ladbrokes Coral’s preliminary results anticipated in March 2017, but suffice it to say that the success of these companies will have been a decisive factor in driving both Tabcorp and Tatts to the position of seeking a merger.

The joining of the two companies has been bedevilled by a number of challenges, however, although thus far these have stopped shy of derailing it. In November, it was reported that Ladbrokes Coral was weighing up the option of bidding for Tatts. While little came of that speculation, in December Tatts’ rejected a bid from heavyweight US investment firm Macquarie Group, although the consortium it leads is yet to categorically call time on its efforts. Should the Australian Competition and Consumer Commission grant its assent to the merger as expected on 9 March, the finish line and mid-2017 completion appears in sight.

The second half of 2016 heralded a slightly tumultuous time for the UK’s largest retail bookmaker, with the good ship William Hill buffeted by the winds of a CEO departure and an uncertain outlook amid the ongoing storm of industry consolidation. James Henderson’s abrupt departure in July saw Philip Bowcock installed as interim CEO, and while the ship has been steadied during his time in the role, few would have predicted the operator to still have a CEO operating on an interim basis seven months down the line.

William Hill’s prickly relationship with M&A sparked back into life in July, with 888 Holdings and Rank Group announcing that the two were evaluating the possibility of making an offer to buy the operator. The consortium submitted two non-binding proposals to the William Hill board in August, both of which were rejected, and withdrew from their pursuit shortly thereafter, outlining that it had “not been possible to meaningfully engage with the board of William Hill.”

888 CEO Itai Frieberger made his disappointment clear, stating his belief that “there was compelling industrial logic of these highly complementary businesses, which in our view would have brought scale, diversification and strong revenue and cost synergies, from which all shareholders would have benefitted”. The apparent “industrial logic” behind such a takeover attempt was not lost on Canadian firm and PokerStars owner Amaya, which Hills seemed somewhat more in tune with, Amaya and the British operator announcing a potential “merger of equals” in early October. The move was dealt a significant blow shortly after, however, with Parvus Asset Management, Hills’ largest shareholder at 14%, decrying it as being of “limited strategic logic” and likely to “destroy shareholder value”. William Hill flew into action, putting the kibosh on the deal after consulting its shareholders and taking account of the significant criticism directed at it by Parvus.

The asset management firm does not, however, appear negatively disposed towards the idea of some form of M&A activity by the operator in and of itself. While its opposition to a merger with Amaya was borne of its assessment that online poker is a “mature, if not structurally declining revenue stream,” (a notion that Amaya’s VP of Corporate Communications, Eric Hollreiser, strenuously denied), it was reported by the Sunday Times in February that the firm is lobbying for a 2017 sale of the business.

With Danish financier Mads Eg Gensmann at its head, the hedge fund is apparently in favour of an outright sale over a potential industry merger, explaining in part its vocal opposition to the Amaya talks. GVC and 888 Holdings are early names circulating as potential suitors.

The outcome of the triennial review of gambling could yet derail any buyout, with a significant amount of William Hill’s value tied to its 2,329 shops. A report by MPs, criticised as a deeply flawed by bookmakers, has recommended that the maximum stake of fixed-odds betting terminals be reduced to £2, severely limiting the take for bookmakers from machines which drive more than 55% of betting shop revenue.

In short, as one of Britain’s largest bookmakers, William Hill is unlikely to be short of admiring eyes in 2017. However, we are unlikely to see definitive movement here until after the full recommendations of the triennial review come to light.