Philippines: A cocktail of potential and uncertainty 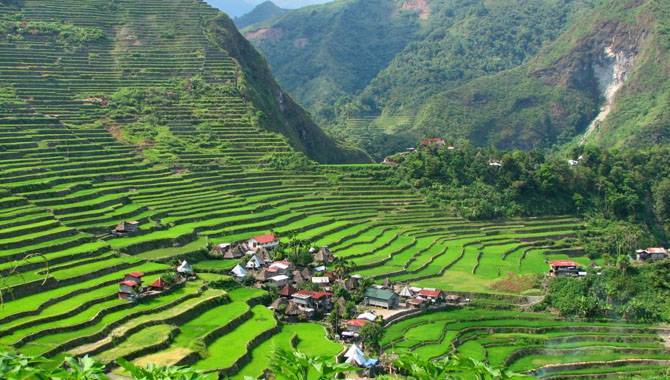 ﻿President Rodrigo Duterte sent shockwaves through the gambling industry in the Philippines upon coming to office in June 2016, ordering the closure of all online gambling firms. Tom Lewis looks into the events of the last ten months and the potential for growth in the country’s gaming market

President of the Philippines, Rodrigo Duterte, wasted little time in decrying online gambling upon assuming office in June 2016. The oldest person ever elected to the presidency at the age of 71, Duterte made use of his first cabinet meeting to pledge a crackdown on the activity, a move that initially saw state regulator, the Philippine Amusement and Gaming Corporation (PAGCOR), freeze the processing and issuance of online gambling licence applications and operator PhilWeb close the doors of its 286 e-games cafes. The President reaffirmed his stance on 22 December, making use of familiar, bombastic rhetoric in confirming that he was “ordering the closure of all online gambling firms... All of them. They have no use”.

Duterte’s stance was firmed up into Executive Order 13, the opening section of which reads: “The State condemns the existence of illegal gambling activities as a widespread social menace and source of corruption, as it has become an influential factor in an individual’s disregard for the value of dignified work, perseverance and thrift.” Having come into effect on February 10, the order codifies the executive’s hard line stance towards the domestic online industry, deeming illegal all online gambling operations provided without the express authorisation of the relevant regulatory bodies.

With vast swathes of resources committed at the beginning of Duterte’s tenure to restrictions on illegal drugs, Duterte had informed the media late in 2016 that he lacked the manpower to launch a concerted crackdown on online gambling. However, the issuance of the executive order may have sounded the death knell of the domestic online industry, with online gambling through e-games cafes hard pressed to return to the Philippines on Duterte’s watch, even if President of e-games operator PhilWeb, Dennis Valdes, reportedly remains confident it will be able to renew its licence in the near future.

The length of time taken by Duterte to solidify his stance on illegal gambling activities into legislation is not a surprising one, according to CEO of Global Betting and Gaming Consultants Warwick Bartlett, and may have proved swifter than anticipated: “By European standards six months is quick, and we have to remember that a newly elected President has a lot of other more important issues to deal with when first elected. Section three of the Executive Order states that no duly licensed online gambling operator, or provider of activities and services related to or in support of online gambling activities, shall directly or indirectly allow persons who are physically located outside the territorial jurisdiction of the licensing authority to place bets, or in any way participate, in the games conducted by such operator.

“These are wide powers and PAGCOR, CEZA, (Cagayan Economic Zone Authority) AFAB and APECO under section five have to report any illegal activity to the President’s office within six months. What happens then we have no idea but on past performance I would not expect it to be pleasant.”

The online gambling industry could find a renewed foothold in the Philippines, however, through offshore gambling licences. PAGCOR received 76 applications for 25 offshore gaming licences to be issued “before the end of October”, with the successful applicants permitted to offer online casino games to foreigners outside of the Philippines and over the age of 21.

The regulator began to issue said licenses at the beginning of December, rolling out an initial 35 in the first wave of the new regime. PAGCOR will no doubt be aiming to cover the shortfall in revenue incurred upon the expiry of PhilWeb’s licence and the aforementioned closure of the operator’s 286 e-games cafes.

Marring that sense of positivity and forward progress is a climate of uncertainty, fostered by President Duterte’s volatile political approach; confusion over how the measures of Executive Order 13 will be enforced and the remits of the various licensing authorities further muddies the waters. Offshore operators “will continue to target the market but much will depend on Duterte’s policies,” notes Warwick Bartlett.

“Executive Order 13 effectively bans illegal internet gambling but it is not clear how this will be enforced. It is a question of how much time and resources the Philippine Government wishes to devote to prevent internet gambling.”Bartlett also makes reference to the precarious position that PAGCOR’s offering of offshore gambling licenses leaves First Cagayan licence holders in.

“Initially, it seemed that First Cagayan licence holders would have been relatively safe because they do not offer gambling to Filipino citizens. But the new head of PAGCOR Andrea Domingo has said that her agency is looking into the activities of CEZA licence holders too. PAGCOR also wants to begin offering ‘offshore gambling licences’ which puts those CEZA licence holders in an even more uncertain position. At this point it is not clear whether the two licensing regimes will operate side by side or if PAGCOR will seek to close down First Cagayan’s licensing operations, particularly as one of PAGCOR’s conditions is that its licence holders will not be able to take business from jurisdictions which prohibit internet gambling.”

Whether a full shutdown of First Cagayan license holders is at all likely is open to discussion, given that a percentage of the revenue generated by CEZA licence holders is passed on to PAGCOR, while thousands of jobs are tied up in the authority’s continued good health. In a clear and concerted attempt to hang on to its current online gambling licensees, First Cagayan also committed itself to an overhaul of its data and telecommunications facilities, pledging to shell out $4m on upgrading its existing data centre in Cagayan Cyberpark, with a further $3m to be spent on upgrading the region’s external data infrastructure. The move could also potentially pave the way for First Cagayan to snap up any operators denied a PAGCOR offshore license, with Francis Hernando, First Cagayan President, highlighting that the modernised capacity will bring the authority’s hosting and connectivity capacity in line with “established international gaming jurisdictions”.

Bartlett makes clear that the raw materials for a healthy online gambling industry are present in the Philippines, with high mobile phone penetration, while “the economy is growing year on year and there is an appetite to gamble”. However, as Bartlett points out, “gambling businesses are forward looking and some following Duterte’s election and interventions have become nervous of where he is heading.” This has apparently begun to manifest itself in operators looking outward to other jurisdictions “where a gambling licence has value”, Bartlett pointing to the Isle of Man given its robust telecoms infrastructure, “and an abundant supply of electricity”.

PAGCOR’s recent approval of a $500m integrated resort project situated on the central island of Cebu also underlines the rich potential to be found in the country’s land-based sector. The new casino will be the first destination of its kind to be located outside of Manila, with PAGCOR Chief Andrea Domingo confirming the regulator’s wider aim to see the resort spearhead efforts to draw in tourists from nations such as China. Speaking at a press briefing, Domingo stated: “Cebu is the second largest metropolis in our country. There are cities there near the airport where the local governments welcome casinos.” The momentum behind these efforts is clearly growing, with Reuters reporting that PAGCOR has also received a big offer from a Hong Kong-based firm to build a new casino resort on Cebu’s central eastern coast.

A number of casino executives have echoed Domingo’s positive comments relating to the opportunities for land-based growth in the country. Japanese billionaire and Universal Entertainment Corp. Chairman Kazuo Okada has invested significant sums in opening a new $2.4bn casino in Manila, telling Bloomberg in December 2016 that “a lot of Chinese are coming into the Philippines, and that will improve more as improving bilateral relations between China and the Philippines increase tourism here.”

Enrique Razon of Bloomberry Resorts Corp. weighed in with his thoughts in March in an interview with CNBC, attaching his colours to the notion that the Philippines could soon be in a position to give Macau a run for its money. Notable here was Razon’s acknowledgement of the significance that a thawing in relations with China under Duterte could have in this regard: "Travel restrictions to the Philippines have been lifted by China after President Duterte's visit to China, so that's helped generally in tourism coming into the Philippines,” concluding that “I think medium-to long-term, everybody's going to do great”.

While the pair undoubtedly have sizeable economic interest vested in talking up the sector’s future vitality, Warwick Bartlett notes that “a 100m population in Philippines plus two hours fly time to Hong Kong and three hours to Shanghai - it would be difficult to imagine how it could possibly fail. Major investment by significant companies is already taking place.”

As is the case in the online sector, Duterte’s heavy-handed approach to public policy pronouncements remains an assuaging factor here – potential investors in the Mactan Leisure City casino in Cebu, Calata Corp, walked away in March, reportedly spooked by political uncertainties. However, it is difficult to discount Bartlett’s assertion that a large native population, coupled with thawing relations with China and short travel times into the country from nearby territories, renders the growth potential of the land-based market extremely attractive, and the Philippine market one for industry providers to watch with interest.