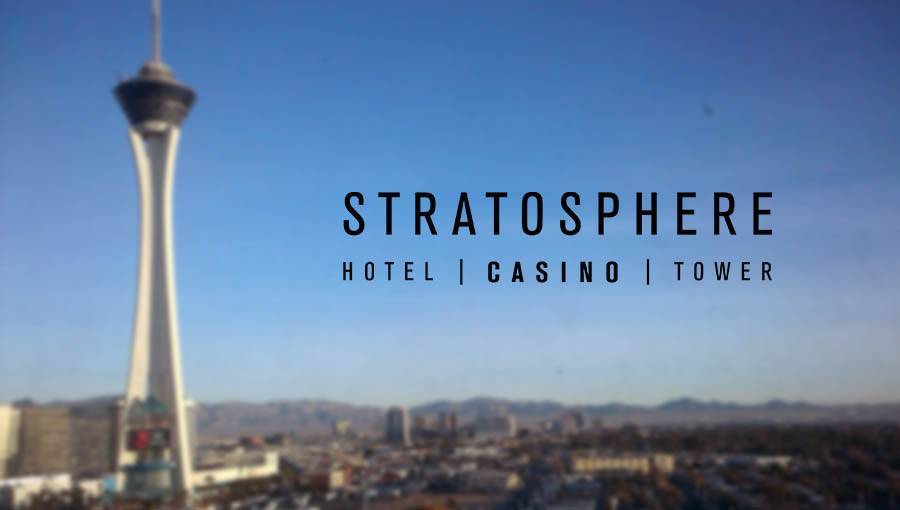 ﻿How Bob Stupak's masterpiece is faring as Las Vegas' customer needs have changed.

A glance of the obituaries marking his death at the age of 69, Bob Stupak was one of the most colourful characters in the history of gaming.

A professional gambler and well known personality in the city of Las Vegas, his infamy is alive almost a decade after his death in 2009. There are tales of crazy bets, an outsider run as Mayor of Las Vegas, numerous film and TV appearances and a well-publicised challenge against Donald Trump at the future President’s branded board game. An acquaintance of his told me that “Bob Stupak may not have been the smartest person ever to have lived in Las Vegas, but he was certainly the most street-smart.”

Stupak’s first casino was 1974’s “Bob Stupak’s World Famous Million Dollar Historic Gambling Museum and Casino”, with a sign longer than the building’s facade. It burned down within 60 days of opening. Like a phoenix, “Bob Stupak’s Vegas World” rose from the ashes, with a space theme and some of the most outrageous gambling gimmicks ever seen before or since, including a two-reel slot, the first million-dollar jackpot on a slot machine and some wild odds that would have today’s mathematicians shaking in their boots. Flushed by success, the same site was to become home to Stupak’s third iteration to be known as The Stratosphere.

His son, Nevada Stupak said that “Bob saw what Steve Wynn had done coming from the Golden Nugget to The Mirage and wanted to create a new landmark on The Strip. He wanted people to say, The Mirage is only two miles from the Stratosphere, not the other way around.”

The antithesis to the corporate gaming companies that were developing elsewhere in Las Vegas, Stupak initially began the project by self-financing, then, as the vision expanded he needed to raise funds to complete construction of the iconic tower. Stupak raised a further $550m from fellow gambler Lyle Berman’s Grand Casinos to save the project, but this was to be the end of a winning run, as Stupak’s luck ran out.

Construction delays, a fire (which melted the construction cranes 500ft above the Strip), extreme winds and a horrific motorcycle accident which left him close to death and with multiple head and brain injuries that impaired his health for his remaining years. This tragedy was almost terminal to the project, as without Stupak’s guile, passion and influence, others were unable to assume his place in managing the project.

Topping out at 1,149sqft and the tallest structure in Western USA, The Stratosphere opened on April 30th 1996, with Chairman Stupak remarkably in attendance. The property was not ready.

There are many reasons why the Stratosphere initially struggled, including few future bookings, poor management decisions, failure to exploit Stupak’s loyal following and timeshare customers, expensive capital structure and accidents, such as part of the rollercoaster becoming loose and falling off the ride landing on the observation deck below, as well as a small elevator fire, all having a cumulative effect.

Stupak was to depart as Chairman in July 1996; the company was in bankruptcy by January 1997 and became a successful target for vulture investor, Carl Icahn.

With a new capital structure, Icahn invested heavily in the property, doubling the room inventory, expanding the casino and resort amenities. Over the next decade, the property was stabilised and was acquired in 2007 for $1.3bn (as part of a portfolio) by Whitehall Street Real Estate Funds and operated by American Casino & Entertainment (ACE), both subsidiaries of Goldman Sachs.

Under ACE the property has undergone further investment and significant renovations and is an important and prominent property in the Las Vegas inventory.

For regular readers of my columns and academic pieces, I research and write extensively on corporate strategy within casinos and gaming and conclude that the only two drivers of sustainable competitive advantage are location and loyalty. The Stratosphere faces a strategic challenge.

The location, which is a legacy of Stupak’s decision to buy the land that once hosted a car dealership four decades ago, is neither Downtown nor The Strip (although when Stupak originally operated there in the 70s, the Stardust, Sahara, Riviera, Circus Circus block was arguably as prominent as today’s centre Strip) and today there is little natural tourist footfall. Therefore, the property must survive via customer loyalty, however this has been historically problematic.

Stupak greatly admired Benny Binion, and his success of building repeat visitation based on understanding customer lifetime value developed via relationships. In this end, over many years he developed a large network who bought timeshare and vacation packages. Knowing the customers well, he created innovative marketing for his base, including the wild gaming promotions. Nevada Stupak recalls, “Bob practically lived in the casino. His practical office was the coffee shop and he spent all day talking to customers and shaking hands.”

Without Bob Stupak at the door, another strategy was needed for the Stratosphere.

Throughout the late 1990s and 2000s, loyalty in the gaming space was driven by transaction, emotion or function.

Transactional loyalty in gaming is not about price, as although lower pricing is a tactical strategy widely used, in effect low pricing erodes margins and profitable gamers are less likely to stay in a property where the value proposition for a room is low. The primary method of transactional loyalty seen in gaming has been via loyalty cards to discount rooms to members, thus offering a perceived value in room price to active members. Harrah’s/Caesars via Total Rewards and MGM through Mlife both benefitted by a distributed loyalty strategy. The Stratosphere has not had the ability to reach regional and centre Strip players, and although their Ace I PLAY players club is as progressive as any, it does not have the network to attract as many players as others.

Within emotional loyalty, we ask how does the customer feel in the property. Whereas Caesars Palace offers elegant escapism and Wynn and Bellagio aspiration, the Stratosphere cannot meet either of those and historically marketed itself on function, being the tallest building in Las Vegas with a host of activities and amenities, offering a range of rides and entertainment within. However, unlike the Venetian with a large conference centre and 50+ restaurants, The Strat’s functions were typically a once only draw, other than for the most passionate lovers of high altitude thrills.

With no obvious drivers of holistic loyalty, the management of The Strat faced a problem.

THE STRATOSPHERE TAKES VEGAS BACK

In the early 1990s, the concept of Market Orientation Strategy became evident and has evolved over the decades. At the root is the concept that a company defines its market position and customer base, and this position, advocated from the top, permeates throughout the operation, aligning employees, activities and customers in a single unified strategy, offering created value for the customers and a leaner more efficient operation.

Those managing the Stratosphere needed to define what the property was as it approached maturity, as the novelty of the amenities and attractions wore off, and an increasingly competitive market on the Strip for increased supply, left the Stratosphere in a difficult position.

As discussed in previous columns, the Las Vegas visitor profile has changed dramatically in recent years.

Strip operators sought to reinvent older properties by aligning along the demographic changes, seeking to bring in nightclubs and “millennial” lounges, such as in the MGM and Luxor, or a complete rebranding and repositioning for the younger customer, such as the way The Imperial Palace became the Linq. The Stratosphere’s strategy was counterintuitive.

Management tried a different approach, appealing to psychographics and not demographics; the target customer was not the Millennial party goer, but the repeat Las Vegas visitor who had felt ostracised by the changes enacted by the Strip operators and their need to drive revenues by increasing all aspects of pricing throughout the operations. In effect, this was Bob Stupak’s original target customer.

Furthermore, mthe recent repositioning was not just a surface shift in marketing, but a full market reorientation, offering a strong message which not only appealed to a distinct customer profile, but was to be pervasive throughout the organisation; The Stratosphere was to “Take Vegas Back” offering “Real People, Real Deals” seeking to capture disenchantment and offer a value based solution to the “Everyman” customer. The campaign strategy was to build a loose movement of customers, buying into a “Make Vegas Great Again”-esque concept, standing for fun and value, rallying against corporate gambling.

However successful this repositioning will prove to be, the Stratosphere will always have to work within Bob Stupak’s vision.

His dream of building the “Tallest Sign In The World”, which evolved to the tallest building in Western America, on land that he owned and with activities that he envisioned, still provides the bedrock of perceptions of the property, even though this generation of visitor does not even know the name Bob Stupak. No matter what goes on inside, it is the brand-promise of the Stratosphere and iconic exterior that defines expectations.

The current owners have chosen to undertake a difficult challenge. It will be interesting to all marketers of casinos to see if the current operators, by using a marketed orientated psychographic segmentation strategy, can indeed, move the needle, and return the Stratosphere to where Bob Stupak intended it to be.