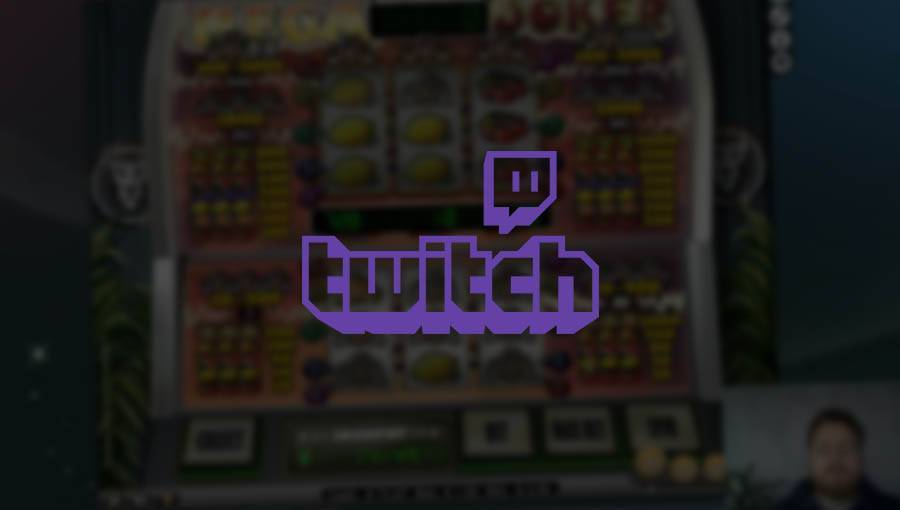 ﻿Online video streaming through services such as Twitch isn’t just reserved for eSports. Online slot streaming has grown hugely in popularity and could potentially offer a disruptive new affiliate model.

When it comes to building an online casino brand and generating web traffic, there have been few developments quite like live streaming with the ability to revolutionise the industry. Platforms such as Twitch have predominantly been dominated by eSports; out of the top ten most viewed channels, nine are dedicated to games such as CS:GO or League of Legends.

The potential to reach hundreds of thousands of new eyeballs has not escaped the online casino industry, or indeed some of the more savvy streamers themselves, and there are now a significant number of Youtube and Twitch stars broadcasting their online casino play. The channels allow viewers to watch a dedicated host playing a variety of online slots and casino games, and get to learn in real time how the games work without shelling out a single penny.

Casinodaddy is one of the most prominent brands in the casino streaming world. It is run by brothers Erik, Anton and Mathias Joelsson, who are all self-confessed fans of slots and wanted to give streaming a try, so casino games were the natural choice. The social element of streaming play was a big draw, as Mathias explains: “Casino players are often very removed from each other and removed from the casino representatives themselves. By coming together in the Twitch chat, we help everyone feel like they’re part of a community.

“We don’t want gaming to be a solitary hobby, which has always been a problem for online gambling. We want everyone to feel like they’re part of something bigger, that their hobby doesn’t need to be something they do alone. That is the true magic of casino streaming.”

Of course this new opportunity for showcasing games and generating site traffic is a win-win for operators, who see the platform as a trusted partner in most cases. Paul Calleja, Affiliate Account Manager at OVO Casino considers that a streamer showcasing an operator’s games shows a level of trust in that site, and that can only benefit them. “Generally, some streams generate thousands of viewers where followers can interact with the streamer. This interaction is extremely beneficial to the operator as the streamer acts as an ‘ambassador’ for the casino, explaining new bonuses, general rules about certain games, as well as basic functionalities like depositing and withdrawing. In a nutshell, the overall benefit of Twitch is its ability to create the ultimate brand awareness in real time.”

One of the attractions for operators is the fact that the Twitch casino streaming scene is still very much in its infancy, and dominated by just a handful of well-known streamers. This gives operators the opportunity to get in at the basement and build a completely new fanbase of their products. According to numbers published by Statista, over 40% of Twitch viewers in 2015 were male and aged between 21 and 35. This is exactly the demographic many in the gaming world are trying to attract.

Coupled with the fact that casino streaming is still in its early days, you can see why it represents a compelling proposition. “Customers are still finding out about the phenomenon that is Twitch and streamers are constantly growing their Twitch channels month on month,” explained Calleja. “It’s all about being original and working with trustworthy casinos. The interaction between the viewers and the streamer is vital to building a loyal fan base. Subscribers, donators and well-known brands behind the streamer only help strengthen the credibility of the streamer.”

There may be a temptation on the operator side to worry that your product will be misrepresented on a Twitch channel; after all, they are independent of your company and gain their followers based on honest assessments of available online games. But building strong ties with these advocates can avoid any uncomfortable conversations according to Calleja: “Streamers and operators have a very strong relationship that goes beyond that of your standard affiliate. Both have to work hand-in-hand with each other ensuring that the right message is being delivered. Players want to find the best brand to play on, meaning the way the brand is presented on a live stream could be decisive for a player to sign up and deposit.

“There are enough measures in place to ensure that the streamer that promotes your brand is one of integrity and honesty. We don’t approve every potential Twitch streamer, but there are set criteria that they must fulfil in order to start promoting our brand. This due diligence allows us to ensure our brand is promoted fairly. During every stream we also have a minimum of two brand representatives who aid the Twitch streamer with any questions any followers may have. It is important to recognise that in order for the streams to be successful, there must be a strong correlation between the streamer and the brand. Of course, this does not mean that we will not eventually have our own Twitch channel, but currently we are extremely happy leaving the experts carry out the things they are good at.”

The casino streamer makes for the perfect affiliate – they broadcast to an audience that is already very interested in slots and is on the channel usually to get tips of what games to play and where. Traffic from these channels is therefore generally of a high quality, with a far higher deposit rate than traffic generated by more traditional SEO marketing. “We work very closely with operators as affiliates,” explains Mathias. “The affiliate side of the Casinodaddy brand has really taken off as our channels have grown. We manage two affiliate sites and both get a lot of traffic from our streaming pages.

“It’s not something we really have to push, because Twitch and YouTube have both been well designed to get people to the kinds of content they’re interested in. If people go to either platform to watch casino games, they’ve come across us pretty quickly.”

Calleja sees streamers generating revenue exactly the same way as any standard affiliate would, via a commission model set by the operator. “Streamers do tend to have better offers for players, so in essence it is a new affiliate model, as players tend to get more frequent bonuses whilst watching a streamer play. This is different to that of an SEO affiliate whereby they would attract viewers through unique written content. Deals with streamers usually include something on top for viewers, rather than the standard sign up offers, as it’s in the streamers interest to get the very best deals for their players.”

The interactivity between streamer and viewer is one of the reasons these channels are so popular with gamers. They can request games for the streamer to play and get instant feedback on strategies. It would be tempting for operators to spam these message boards with offers, but according to Mathias, so far this hasn’t been an issue: “We don’t have a huge problem with bots, but we do often get representatives from major casino brands in our chat. They come and hang out and talk with the rest of the community very often. It’s nice to have them around, and it’s really great for the players in our community to get to interact with them.”

So far casino streaming has been a win-win for the industry, with players getting useful information, streamers winning affiliate revenue and operators receiving engaged new players. Whether it will match the exceptional popularity of online poker streaming remains to be seen, but all the conditions are there for casino streaming to become a significant industry disruptor.