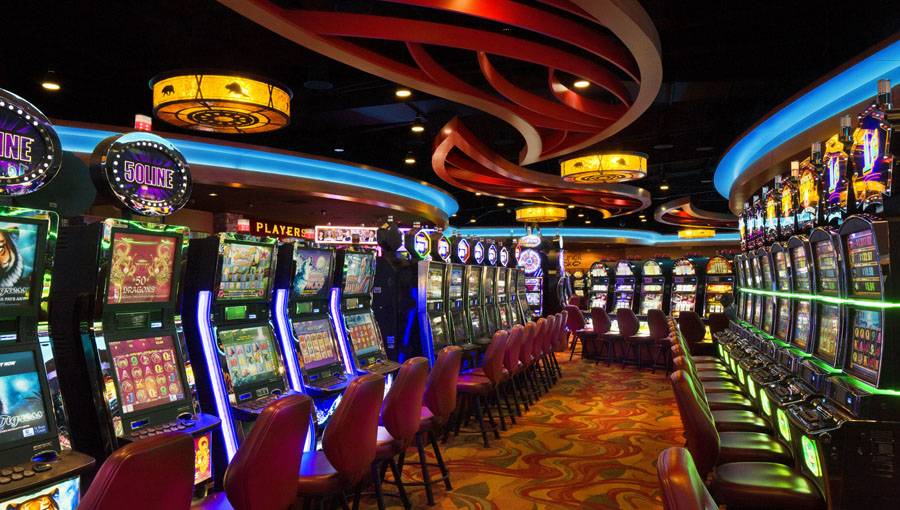 ﻿In a digitally driven world, new technology revolutionises the way we game, making it crucial for electronic table games to stay ahead of the curve. So just how do they utilise new innovations to attract new and existing customers to casino floors?

Multi-station games and ETGs have become a big interest for global casino markets. When we talk to our customers, they’re looking for new types of gaming entertainment to help generate energy and excitement—attributes which are characteristic of these categories because they allow players to share in the experience of the game outcome together.

The first multi-station game we introduced to casinos arrived in 2013 with our massive Titan 360 machine and its physical ball-drop center bonusing unit, which rotates to different players for the chance at cash prizes and progressive jackpots. Titan 360 has been a long-time attraction at casinos across North America.

The core processing force behind Fortune Cup is a proprietary cross-platform game engine, uniquely developed by Konami and recognised as the leading technology behind some of the company’s most popular digital entertainment releases. This engine is responsible for producing real-time digital renderings of race events, depicted much like live sports coverage. This footage is broadcast across Fortune Cup’s 65-inch LCD display as well as individual betting terminals.

Multi-station games and ETGs carry a strong potential for crossover appeal. Depending on how socially interactive a machine might be and the nature of the gameplay, it can appeal to a variety of audiences. Overall, the social element is at the heart of it.

I think we would all agree the future of the casino sector will require product offerings which are much more predicated on new forms of technology. The ETG segment is no different.

The question will be at what level can technology convince us as an industry to re-evaluate the metrics by which we have measured success over the past several decades? Personally, I think one of the greatest challenges facing our sector is the ability to change decades of perceived key success factors we have all grown accustomed to as players, suppliers and operators alike. Technology has historically been a catalyst in driving industries around the world to revolutionise their product and business applications; have we reached this point as a gaming sector?

Data points, such as house average, delineating a casino floor into table game and slot segments, measuring new carded play and how to evaluate incremental EBITDA are just a few areas being confronted by new forms of technology. The cost of innovation, combined with the regulatory and cultural expectations, create a tremendous hurdle for any innovation to overcome.

We have intentionally re-directed our R&D spend into new delivery mechanisms designed to attract incremental EBITDA to the casino floor and new carded play with the objective of making this transition an easy decision for players, our partners and financial establishments alike.

Through the utilisation of technology, we have just begun to introduce new forms of ETGs and innovative product concepts to the casino industry. Just one example is our Stadium designs, combined with an entertainment component, which has become a staple within many casinos around the world in the past three years. The ability to take an existing, proven product and distribute it through a modified form of technology opens new revenue channels never seen before. This translates into new player demographics stepping into the casino, while also attracting existing players to visit more frequently and increase their overall spend each month.

Interestingly enough, when you evaluate online free-to-play or wagering environments around the world, there is a clear momentum towards table game play within players under the age of 40. We are seeing this same momentum within our ETG players globally. In addition, we are seeing traditional slot players, who have always wanted to play a traditional table game but were too intimidated to try, now playing ETGs with incremental handle each month. We are aggressively using technology to enhance these experiences for our customers through a greater product segmentation strategy.

Interblock has historically been focused on a very specific segment of the casino market, which could afford the state-of-the-art innovation being provided. With technology, we have found ways to expand our products into a new segmentation strategy, so all casinos will have the ability to offer ETGs to their players. This can be seen in the scalability of the Stadium design currently being offered to all areas of the market.

Let’s take a step back, because I can’t help but feel we are getting ahead of ourselves.

Despite the myriad of technological advancements over the past two decades in everyday life, the casino experience hasn’t changed all that much. Casino patrons are looking for excitement, authenticity and a fun social experience. Innovative technology is not actually the deciding factor for patrons choosing a game – yet. Casino patrons still want the same thing they always have, and operators continue to try and give it to them.

ETGs have been on the market for 10-15 years but widespread public acceptance is still to come. According to the E&K Gaming Census completed at the end of 2017, there are almost 14,000 in North American casinos The number continues to grow annually but still pales in comparison to the 32,000 live table games and 985,000 slot machines across North America.

From the operator’s perspective, ETGs make all the sense in the world. They increase the speed of play, eliminate security risk, allow for better bonusing of patrons, reduce expenses and avoid the downfalls of staff turnover. If ETGs were what all players wanted and demanded, the gap between live and electronic table games would be shrinking much quicker than it is. ETG developers have solved the operator side of the equation – but have not solved the player side.

At Jackpot Digital, we categorise the ETG market segment into three categories:

Replication: ETGs which attempt to replicate the feel and look of live games

Socialisation: ETGs which are terminal-based, attached to an exterior screen or wheel for results

Each of these segments use technologies in different ways. Ever-improving touch-screen technologies have been one of the driving forces behind gaming innovation in the last few decades. The trend towards gamification in skill-gaming products used in land-based casinos was enabled almost entirely because of more advanced, sensitive and responsive touch-screens. Skill-gaming companies are now able to offer unique game options to draw in new casino players, because touch-screen hardware has enabled their fast-paced game concepts with ultra-sensitive touch-screens capable of handling dozens of simultaneous touchpoints. Socialisation ETGs use new networking technologies and game design to link dozens of players in stadium-style ETG installations, creating an engaging social experience shared between groups of people.

The ETG market is the most diverse of any gaming segment but is certainly not the most advanced. It is the stability and consistency of the other market segments which make the ETG segment look more reliant on technology than it is. Manufacturers are more willing to take risks with ETGs by targeting specific markets than other gaming machines, because as an industry, casinos still don’t really know exactly what customers really want. Our Jackpot Blitz product is the perfect example. Despite being loaded withthe latest technology, our biggest hurdleand most persistent feedback point is on the most simplistic aspect of gameplay – how do players look at their cards?

The willingness to create a product that is different with hopes of finding the next big hit is why there is such a wide range of ETGs on the market today. However, being different and more innovative does not ensure success. An ETG can be as innovative as technology allows it to be; but the key to attracting new and existing customers is to build an ETG which balances technology and innovation with familiarity and authenticity.