The gaming industry has become mainstream in the US. Caroline Ponseti, Senior Director at The Herald Group, says we need to start talking like it 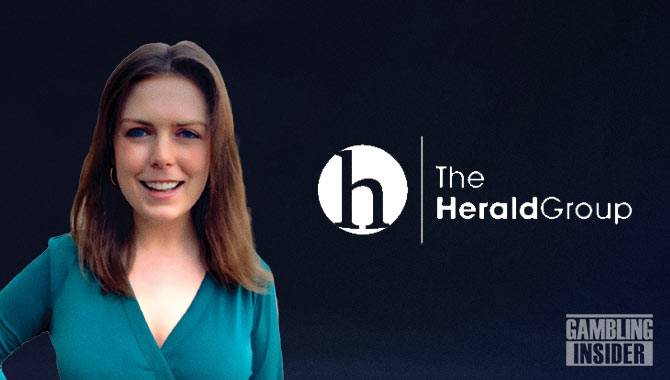 A year after the state’s expanded gaming verticals went live, Michigan’s iGaming platforms brought in a record $132.4m in gross gaming revenue (GGR) for April, with operators bringing in $163.1m in GGR in the same month.

You might have understood that jargon-heavy rundown, but would the average person?  How about an investor, journalist or state legislator who isn’t familiar with the intricacies of the gaming industry? The short answer: probably not.We’ve gotten so accustomed to using terms like “omnichannel,” “PASPA” and “offshore” that we haven’t paused to wonder if people understand what the words or acronyms mean. Even the term “gaming” reflects that concern. Why do we still refer to ourselves     as the “gaming” industry when the rest of    the world associates the word with video games or hunting? We’ve been trying to distance ourselves from preconceived notions about “gambling” for so long that we’ve created an industry-wide identity crisis.

This isn’t entirely surprising. The gaming industry was insular for much of its modern history. This contributed to a vernacular dominated by buzzwords, acronyms and technical terms that can be hard for outsiders to understand.

We’ve closed the door on calling ourselves anything but “the gaming industry,” but we can change the way we describe ourselves. We’re not the  same industry we were years ago, and people don’t view us the same way. Gaming was already becoming mainstream when the Supreme Court’s 2018 ruling allowing states to legalise and regulate sports betting put a spotlight on the industry.

Suddenly, the mainstream media turned their heads not just to Las Vegas but to Illinois. Retail investors jumped at the forthcoming sports betting windfall. Sports leagues and gaming companies signed deals after years of contentious litigation. Even major banks, such as J.P. Morgan and Fifth Third Bank, are starting to dip a toe in the water. The outside world has joined the conversation — but it might need a translator.

The metrics we use for measuring industry performance are the perfect example of the issue. Why do we use an already obscure term (“gross gaming revenue”) for most parts of the business, then flip to an entirely different measurement for sports betting with a name (“handle”) that sounds like we’re talking about hardware? What’s more, they’re apples to oranges.

When choosing verbiage, clarity should be priority. Have you ever mentioned online gaming to someone who didn’t think you were talking about Xbox or esports? Now what if you instead said online gambling? Instead of using buzzwords, use descriptive phrases: “total amount bet” rather than “handle.” Even spelling out acronyms often doesn’t provide enough clarity. For example,   we should explain how casinos adhere to the Federal Government’s identity verification requirements rather than referring to them as “Know Your Customer” or “KYC” without further context.

If the gaming industry wants mainstream players to fully understand who we are and what we do, we must communicate using mainstream language. Gaming is one of the country’s most highly regulated industries. The way we operate is by nature very complex. But we’re holding ourselves back   when we fall back to industry speak.

It’s hard to find another sector that has expanded across the US as rapidly as gaming has in recent years, and it doesn’t look like we’re slowing down any time soon. We’ve even accelerated our evolution by embracing emerging technologies like crypto, NFTs and cashless. But expansion welcomes increased federal and state-level regulatory scrutiny, and new technologies necessitate even more regulator education. There is little wiggle room for confusion in an industry as closely scrutinised as ours.

This is especially important when we’re talking about our industry’s commitment to prevent gambling harm. We champion this as “responsible gaming,” but does this language effectively tell this story when the word “gaming” is unclear to begin with? What’s more, do outside stakeholders believe we take gambling addiction seriously when we refer to it as “problem gambling?” Why not call it what it is: gambling addiction. These are questions we should be working to address.

Next time you reach back for a familiar industry term, remember that we’re not just talking to each other anymore. The gaming industry has become mainstream. We need to start talking like it.