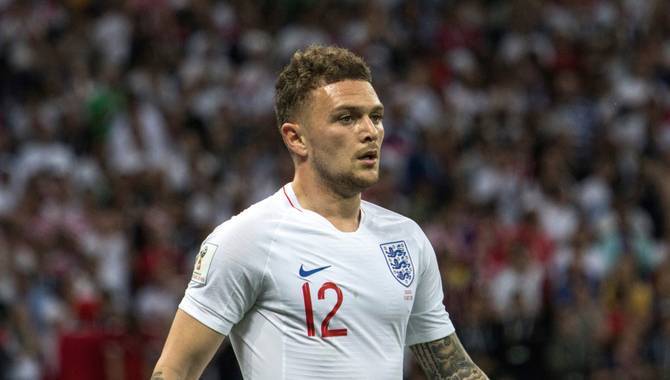 England defender Kieran Trippier insists he is fully focused on his duties on the pitch, despite being charged with alleged betting breaches earlier this year.

The Football Association charged the 30-year-old in May relating bets placed during his move from Tottenham Hotspur to Atletico Madrid in the summer of 2019.

He has, however, since returned to Gareth Southgate’s squad, and featured in England’s loss to Belgium last weekend.

The defender is now set to make his 25th appearance for his country in Wednesday’s meeting with Iceland, and says he remains focused on the task at hand.

“I can’t speak about the FA case but I’m just thinking positive,” said Trippier. “I’m here now with England so I’m just concentrating on my football.

“I’m trying to give my all like I’ve done throughout my whole career and whenever I next play will be no different.

“My love for football has always been there and it always will be. I love coming away with England, every opportunity I get if I get picked by England, I will enjoy it.”

But if found guilty, the 30-year-old could face a lengthy ban, one that could see him miss next summer’s 2020 European Championship.