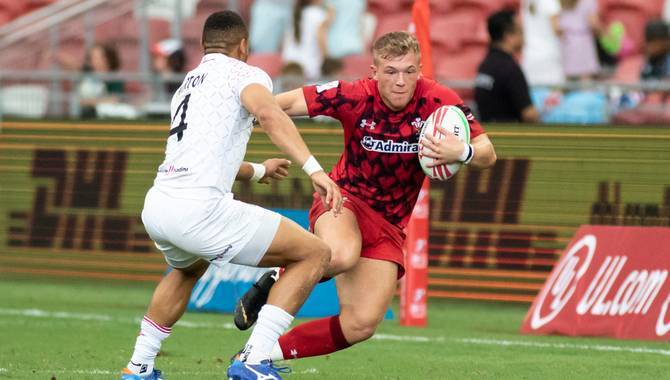 The funding will be provided by a National Lottery promotional fund and will benefit both men’s and women’s GB Sevens teams, who will take part in the HSBC World Sevens Series ahead of the delayed Tokyo Olympics.

“Every day The National Lottery and its players make a huge difference to communities across the UK – and have been doing so since 1994,” said Nigel Railton, chief executive of National Lottery operator Camelot.

“This partnership demonstrates how by working together we can have a real impact on a sport and boost the chances of gold in Tokyo next summer.

“The loss of spectators and cancellation of events has had such an impact on various sports; I am proud we are able to support the GB Sevens programme after a difficult year.”

As part of the agreement, National Lottery players will benefit from tickets to events and other opportunities with the GB Sevens teams.

Scottish Rugby director of rugby Jim Mallinder said: “The opportunity for our players to be able to put their hands up for potential Olympic selection is something we very much welcome, as part of a GB Sevens squad.”