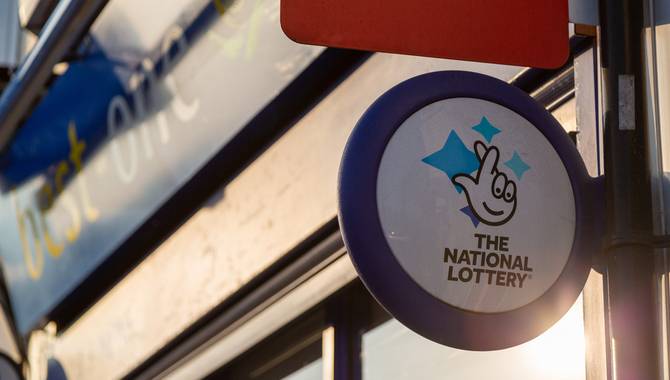 Camelot has published its 2020/21 financial results, which highlights a record-breaking year for the UK’s National Lottery.

Lotto draw games also increased sales, as all of its draw-based games had sales of £4.69bn, an increase of £154m. Sales of instant grew to £3.68bn despite a decline in scratchcard sales.

During the fiscal year, total National Lottery sales surpassed £8bn for the first time, which resulted in best-ever returns to good causes from sales alone.

Camelot Chairman, Sir Hugh Robertson, said: “This is the fourth consecutive year of rising sales since our strategic review in 2017. The National Lottery has delivered for the UK again this year, with the highest-ever returns for good causes from sales alone.

“This has been achieved by making the right strategic calls as a business alongside the support of players and the wider National Lottery family. I would like to thank the Government, the National Lottery Distributors, our retail partners and, most importantly, National Lottery players without whom this remarkable success story would not have been possible.”

In 2020/21, £1.89bn was generated for good causes, equal to £36m every week, while lottery duty to government also exceeded its tally of £1bn for the first time, resulting in a record £3.1bn in good causes returns.

Under Camelot's terms of licence, around 1% of sales were retained as profit, 4% spent on operating costs and 95% distributed to winners and society.

The lottery’s results inadvertently increased brand positivity and boosted performance, with Camelot saying “Positivity towards The National Lottery’s brand has been growing since 2017.”

However, due to its work in the last 12 months and especially during the peak of the pandemic in March 2020, Camelot says awareness around the brand has hit a high which “ultimately promotes mass participation.”

An initial commitment of £300m by the Community Fund had doubled to £600m, in a pledge to distribute more between all National Lottery Distributors.

In December, the ‘Thanks a Billion’ campaign aimed to raise vital funds for projects across the country; now at £1.2bn it has become the largest contribution made to the pandemic relief effort outside of the Government.

Yet the pandemic did create problems for Camelot, as its retail segment suffered due to the pandemic, with in-store sales down from £5.45bn to £4.86bn.

Records broken across nearly every segment

However, despite the decline in retail, the group was able to strategically invest in digital and create 2.7 million new online registrations, allowing The National Lottery to record its highest ever digital sales at £3.51bn.

Camelot said it created 389 new millionaires, more than one new millionaire every single day. Another record was hit by awarding £4.85m in prizes to players.

Camelot CEO, Nigel Railton, added: “We know last year could have been very different and it reminds us we can take nothing for granted.

"In the year ahead, we’ve got plans to give players more reasons to play and more ways to enjoy the fantastic projects made possible by The National Lottery. For that reason, I’m more optimistic than ever.”