The US is home to the highest number of top-earning female gamers in the world, a recent study by ManySpins.com has revealed. 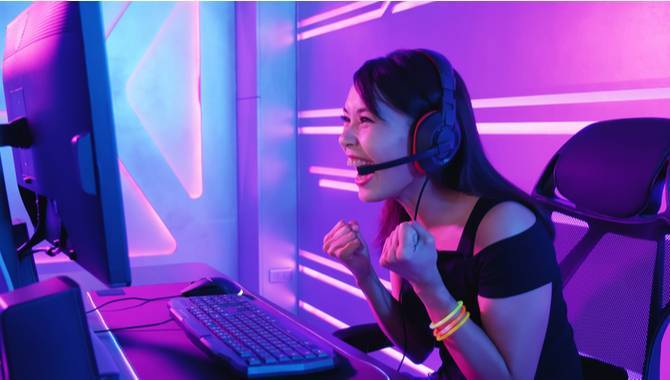 Data collected by the online slots company revealed that two-fifths of the highest-earning female gamers are from the US, earning a combined sum of over $1.8m.

Of the 500 wealthiest women in gaming, the US boasts 161, leaving Russia in a distant second place with 38 while China closely trails them with 37.

Katherine Gunn, who goes by the Player ID of Mystik, is the highest-earning American, receiving around $122.5k from the popular hobby in total.

However, while Canada comes in fourth overall, the highest-earning female player of all time, StarCraft II pioneer Scarlett, hails from the country and has won more than $300,000 from the game alone.

To find out which country boasted the most, ManySpins.com analysed the 500 top female gamers featured on esportsearnings.com.

It researched the nationality of each gamer before further categorising the data into which games had earned female gamers the most money and how many players there were of each game.

Commenting on the study, Kevin Roos, spokesperson for ManySpins.com, said: “It’s vital now that we’re in 2021 to breakdown the stereotype that gaming is a ‘boys club’.

While the amounts mentioned above may seem like a lot to earn from playing video games, when their male counterparts’ earnings are taken into consideration, these figures pale in comparison.

The best-earning male player, Johan Sundstein, who goes by N0tail, has brought in nearly $7m from gaming; more than the entire top three countries by female gamers’ earnings combined.

“This makes it incredibly important to highlight the power of female gamers and showcase that their skill and prowess is recognised around the globe,” continued Roos.

This also happens to be a pivotal moment for betting in esports that will undoubtedly see even more money flood the industry.

Many have predicted esports betting will be the next big thing, such as former Luckbox CEO Quentin Martin while speaking to Gambling Insider in October 2020.