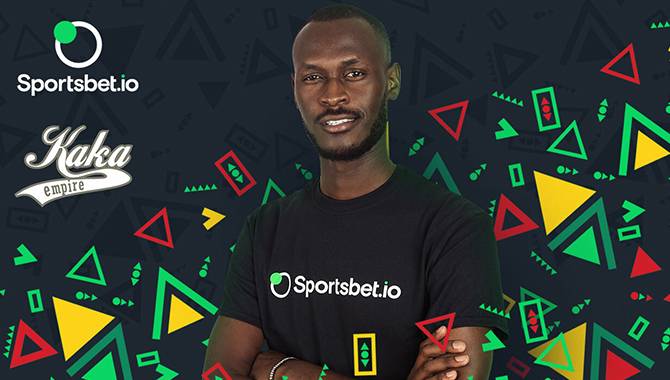 Sportsbet.io offers thousands of markets and events and has signed a number of sponsorships with football clubs, including São Paulo, Southampton and Arsenal.

Being one of the biggest names in African rap, Kaka is well respected among the music scene and admired for his creative flair and willingness to challenge the status quo.

As the global ambassador of Sportsbet, part of Yolo Group, the first campaign with Kaka is set to launch later this January. East African players, including players in other countries across the region, will in turn gain unique access to bonuses and promotions exclusively by Kaka and Sportsbet.

Kaka said: “Sportsbet are true innovators, and that’s always something I’ll value. Throughout my career and with my music, I’ve tried to follow my own path, and I respect Sportsbet for doing the same.

“I can’t wait to get started as a global ambassador for the world’s top crypto-led sports betting site.”

Albert Climent, Head of Africa at Sportsbet.io, said: “King Kaka is an inspiration to millions, not just for his game-changing music, but also his humanitarian work.

“He’s the perfect match for our fun, fast and fair approach to crypto gaming, and we know this is going to be a showstopping partnership.”

This is not the first musician or African artist that has led involvement with cryptocurrencies. Singer and rapper Akon has been the Chairman and Co-Founder of his cryptocurrency, Akoin, since 2017.

His blockchain-based ecosystem is designed for entrepreneurs in the rising economies of Africa. Recently he attended trade show Sigma, in Malta, where he spoke on the subject at one of the conferences.