SiGMA returns, back with a bang this 2021. Following the closure of the 2020 event, Gambling Insider previews the tradeshow’s return – and it’s a safe bet it’ll be worth the wait 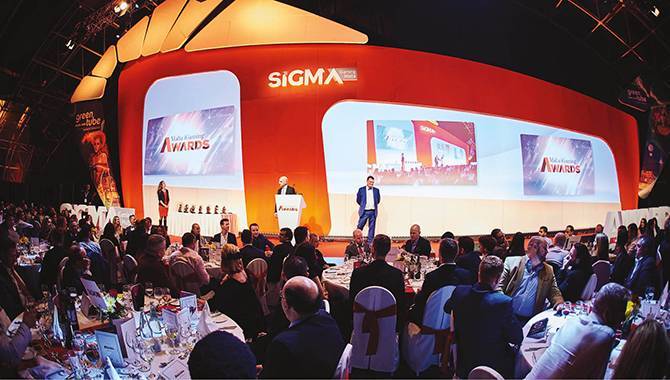 This year will see the seventh edition of SiGMA Europe, taking place between the 15th-19th November at MFCC (Malta Fair & Conventions Centre) in Ta’ Qali. Three key topics will highlight the show: emerging trends, hubs and technology. So far, the turnout is expected to be a bountiful assembly, with already 12,500 confirmed attendees and400 exhibitors ready to set up shop (or shall I say stalls) for the event’s many ticket holders. This is a huge step up from its primary show which held around 1,000 guests, so it’s the perfect convention for gaming industry professionals to get their teeth stuck into.

SiGMA commences its exhibition on 16thNovember with a 9am welcome speech in the conference room outlining the overall event. From 9.35am, none other than The Prime Minister of Malta (alongside the Minister for the Economy), will take to the mic and present the keynote speech to SiGMA guests.

Various conferences are available to attend up until 6pm of the event, including a speech from Akon; Artist, Chairman and Co-founder of crypto-currency, Akoin, and, considering the large number of guests confirmed, I’m sure he won’t be feeling “lonely” at this year’s affair. With three tickets available to purchase, ranging from standard to premium and platinum, a plethora of parties, networking opportunities and dinners will be included.

With a full schedule of conferences and networking, SiGMA has managed to uphold its energetic reputation, previously described as “absolutely shattering but we power through.” So, if the event is anything like its former years, it’s expected there’ll be no rest for the wicked.

Since 2001, the Maltese gaming industry has inflated rapidly, becoming a sanctuary for gaming companies, with hundreds of companies choosing Malta as their home, (including industry giants like Betsson, Tipico and Betfair).

During the opening day, an IMGL Masterclass will see the first afternoon in full swing with topics of player protection, advertising, responsibility and regulations.

The event will have workshops surrounding NFTs and Asia, Focus CIS and hold conversations on the Future of iGaming. The consideration of Africa becoming an emerging market has not gone amiss, with the latter end of the tradeshow’s workshop rooms dedicated to the continent becoming the next big thing in iGaming. With such positive growth in the commercial segment of the betting market since the pandemic, it’s game on for Africa.

In view of Malta alias being the “Blockchain Island,” the rapidly emerging technology remains a discussion of importance for the industry. During SiGMA’s second day, there will be an exploration of the vastness of the blockchain economy, its evolution, legal issues surrounding crypto currencies and moulding the future of a digital economy.

M&A investments alongside SPAC and IPOs will take over the majority of the conference room’s lectures, with workshops on Investment and Venture Capital and Deep-tech, and ending in a two-hour seminar on artificial intelligence.

The last day of the event will include final subjects including but not limited to: remote working, LatAm, slots and esports betting conferences. With several pioneering women thriving as professionals in the gambling industry, a ‘Women in iGaming’ meet up will take place, raising the subject of maintaining a professional balance alongside a healthy personal life.

One cannot forget to discuss the infamous iGathering parties. With no expense spared, these events are the glue that holds the conference together, the cement to the bricks, the cream to the cake. Of course, take away these gatherings and the event would still be what we know it as today; however, the exclusive luxury experience and momentary ‘let your hair down’ moments present an ideal opportunity to form relationships with industry professionals through networking. So, if you’re reading this from the comfort of your own home, you’re probably too late (to attend SiGMA Malta). However, all is not lost as it’ll be back in 2022. And this time expect it to be more than just “hot and jam-packed” in 20-degree Maltese winter heat. Bring your sunscreen, folks.

Regulation Based on Cooperation

The Other Side of the Coin, with Relax Gaming