Red Tiger, an iGaming studio owned by Evolution, has debuted a new slot with an unusual theme. 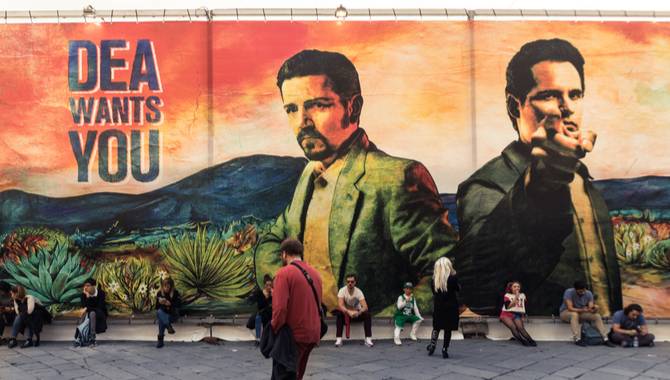 The developer’s latest release is inspired by popular Netflix crime drama series Narcos Mexico, a spinoff of the streaming platform’s original Narcos series covering the origins of the Mexican (and Colombian) drug war and rise of the country’s criminal cartels.

Branded iGaming releases are nothing new, in fact this isn’t even Evolution’s first Narcos game, with its studio NetEnt having previously produced one for the original Netflix series; but if Red Tiger is to be believed, this new title is closer to a cinematic experience than a traditional slot.

The studio invites players to enter “a world of fast money and dangerous vices,” with several unique gameplay features designed to simulate the series’ dramatic heights.

The central element of Red Tiger’s new release is a high volatility mode entitled “Cartel Wars,” where players can “take on the cartels” and see their stake multiplied as gangs take over one another’s in-game territory.

Ultimately, branded releases are an opportunity to acquire more casual players who, while not regular gamblers, may be fans of the IP. Branded slots do, however, bring extra costs when it comes to acquiring rights.

“This is our second Narcos game, with the first one being done by the team at NetEnt,” said Todd Haushalter, Chief Product Officer at Evolution.

He added: “It’s always exciting working with branded games, and we’ve been part of some brilliant partnerships. This new Narcos Mexico Slot is a great example of this and it’s going to attract new and casual players in a big way.

“Narcos Mexico Slot gives players the chance to enter this fast money world in a completely fresh way and we can’t wait to see what players think of it.”