The FBI joined a FIFA panel in Zurich this week discussing the issue of potential crime during the upcoming World Cup, including match-fixing. 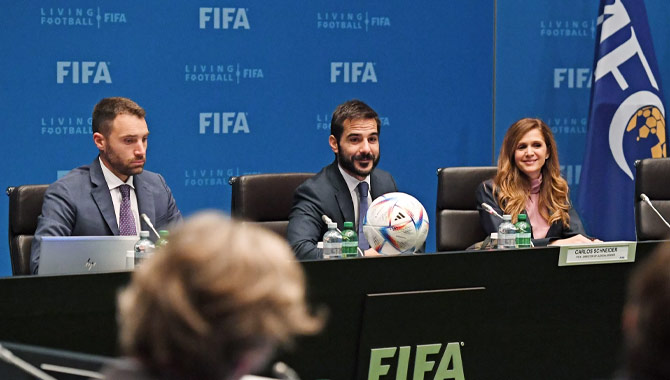 Football’s governing body was hosting the first meeting of its Integrity Task Force, with federal investigators from the US joining to discuss the “timely handling of integrity matters” at the tournament, which begins on 20 November 2022.

The partnership between the FBI and FIFA also comes as the US prepares to co-host the 2026 World Cup with neighbours Canada and Mexico.

FIFA noted: “The Federal Bureau of Investigation as the principal law enforcement and investigative service of the United States will be joining the group to contribute with its experience and expertise, also in preparation for the FIFA World Cup 2026.”

It comes more than seven years after a US federal investigation and related Swiss case helped remove many corrupt international football officials from their roles, leading to the banning of FIFA President Sepp Blatter.

FIFA has established the Integrity Task Force to monitor the upcoming World Cup in Qatar, in line with the body’s “core objective of safeguarding and promoting the integrity of football across all its competitions.”

It follows similar initiatives implemented within the scope of the FIFA Arab Cup 2021 and the FIFA Women’s World Cup 2019, the governing body added.

“With the support of the task force, FIFA will for the first time monitor both the betting markets and in-game action in real time at every World Cup match,” stated FIFA.

Also joining forces with the governing body are the Qatar Safety & Security Operations Committee, the Council of Europe and its Group of Copenhagen, the Global Lottery Monitoring System, Sportradar and the International Betting Integrity Association (IBIA).

Earlier this week the IBIA reported 76 suspicious betting alerts for Q3, with football responsible for 13 of those alerts.