The PokerGo Tour (PGT) is offering a $1m prize pool for the 2023 PGT Championship. 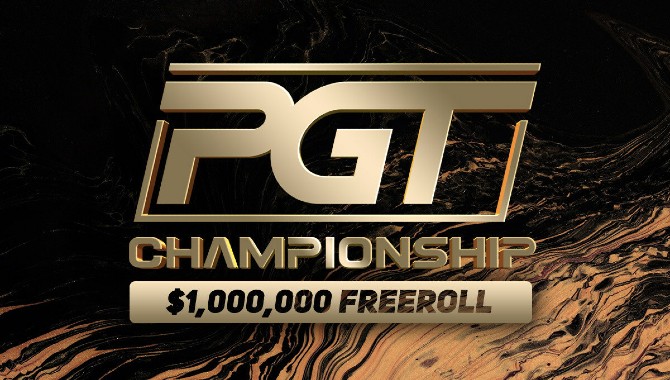 The top 40 ranked players on the PGT will earn a seat at the 2023 PGT Championship, along with a select group of Dream Seat winners. Such seats are awarded via special events and promotions, and grant players exclusive entry to compete in the PGT Championship inside the PokerGo Studio.

“The PGT is committed to growing the game at the highest levels and celebrating the best players in the world,” said PokerGo President Mori Eskandani.

“Not only will the PGT Championship see the game’s best players and brightest stars compete for a $1,000,000 prize pool, but it will provide an exclusive group of PGT Championship Dream Seat winners with an opportunity of a lifetime to compete in one of poker’s most prestigious events.”

Overall, the PGT is offering $1.25m in additional prize money to players. The 2023 PGT season kicks off with the PokerGo Cup on 11 January 2023.

“Qualifying players will begin the PGT Championship with starting chip stacks based on leaderboard points earned throughout the season and no fewer than 100 big blinds,” the PGT explained.

“The player who finishes the 2023 PGT season with the most leaderboard points will be named PGT Player of the Year and awarded a $50,000 prize.”

Earlier this week, GGPoker agreed a new partnership with the Dublin Poker Festival. The deal will see GGPoker’s online poker room offer satellites to the festival’s headline tournament, the European Deepstack Poker Championship and the Amateur Championship of Poker.