Cage Warriors, a European MMA Organisation, has announced a four-event partnership with Sycuan Casino Resort, which will see the venue become the exclusive US home of Cage Warriors in 2023. 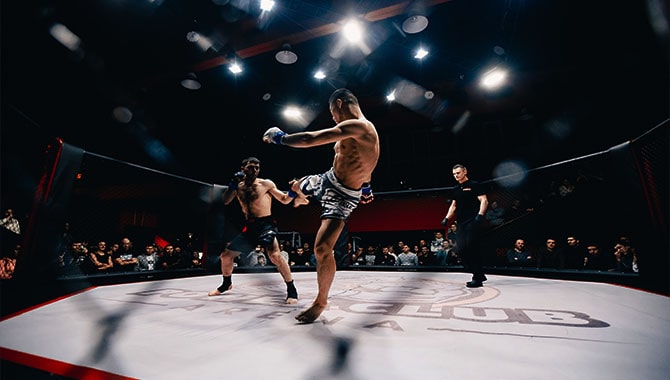 It has also revealed the initial batch of fighters for the first show of its 2023 world tour.

The list includes former UFC flyweight title challenger Wilson Reis (26-12) who will be preparing to don the famous yellow gloves on 3 March 3. The grappling prodigy was undefeated in his last two matches with CW, most recently knocking down Tuomas Gronvall on points at CW 148 on New Year's Eve.

Blair, a UFC superstar Paddy "The Baddy" Pimblett's training partner, is prepared to put on a show at home after his recent 12-second knockout victory.

Local fighters Elijah Harris (4-2), Jamey Lynch (5-3) and Bill Wilson (1-1) will also be on the card, along with Roberto Hernandez (5-1) who will be going for his third consecutive CW victory.

CW President Graham Boylan said: "We intend to kick off the world tour in style, with an incredible venue and a fight card to match. Cage Warriors is at the forefront of So-Cal MMA, and you're going to see exactly why on March 3rd!"

Rob Cinelli, General Manager at Sycuan Casino Resort, said: "We are excited to bring four action-packed events to Sycuan, so dedicated fans and those newly introduced to combat sports can come and experience this massively entertaining sport first-hand."

Recently, Rivers Casino & Resort Schenectady brought back ‘Cage Wars’ in an evening of MMA-style entertainment. The event will return to the New York facility on 11 March, having previously sold out a series of similar competitions.