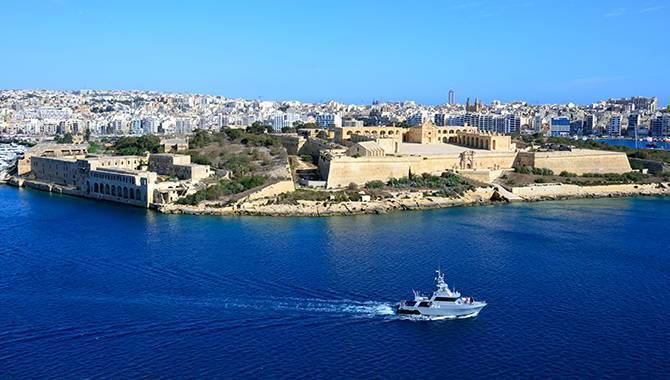 By Nicole Abbott
Midi, a development consortium from Malta, has proposed a casino hotel and shopping complex for Manoel Island

The consortium obtained a 99-year concession on the biggest part of the island 17 years ago. However, according to Times of Malta, Midi had a meeting with NGOs earlier this week where the proposal was introduced, along with final development plans.

Although the official plans are yet to be made public, news sources have reported that the island would host a hotel casino, along with retail outlets and luxury apartments.

Gżira mayor Conrad Borg Manché objects to the current plans, deeming them to be “completely unacceptable”: “For the average citizen who is not shopping or gambling away money, there is very little being offered. The sea will be a mass of vessels so people cannot swim in the wake of the yachts of the rich. This is yet another community which caters for the elite and shuts out the citizen.”

Similarly, Flimkien Għal Ambjent Aħjar Environment officer Tara Cassar says that the island would be turned into a large shopping complex with high-priced apartments, which will not draw in the regular citizens of Gżira.

The agreement demands that development must be completed by March 2023, or the consortium stand to be fined daily for 3 years until the contract is cancelled.

Arnold Cassola, Chairman of Alternattiva Demokratika (the green party of Malta), has demanded a full investigation into the Manoel Island contract between the Maltese government and the Midi consortium.

Cassola states: "If any of the conditions of the contract have been breached, Manoel Island is to be returned to the Maltese government and is to be turned into a national

"As things stand, AD totally refutes the proposal of the Midi developers to develop Manoel Island into a hotel at Fort Manoel, a shopping complex and a casino-hotel at the historic 18th century Lazaretto, retail outlets and luxury low-rise apartments, a helipad and superyacht marina, while taking over also the foreshore including the current swimming spot beneath the fort to build a water taxi pontoon."

"The Midi developers have already caused enough damage by reducing Tigne Point to a concrete slum. We reiterate that Manoel Island, the only lung in the polluted and congested Tas-Sliema and Gżira area, should be turned into a national park for the enjoyment of one and all."

However, Graham A Fairclough, a Midi spokesman, says: “The Deed includes an Outline Development Permit clearly setting out the parameters of the development and specifies the extent of development permitted including a mix of low rise residential and commercial development, marina, restoration, dredging, land reclamation and infrastructural obligations.

“The company is fully committed to the restoration and rehabilitation of the heritage buildings on Manoel Island and the extensive provision of space for leisure and heritage walks and events.