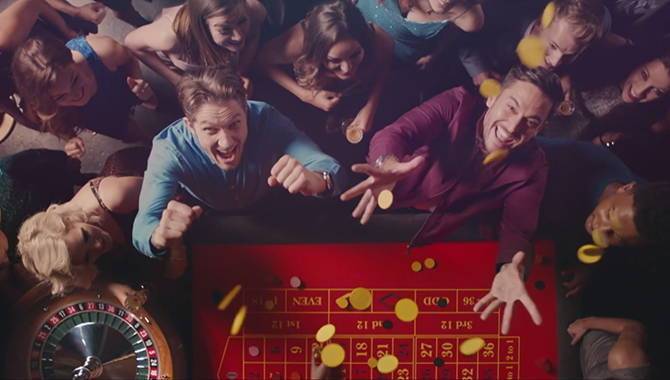 By Nicole Abbott
The Advertising Standards Authority (ASA) has recently banned a gambling advertisement from Bear Group, promoting the company’s online casino StarWins.com, for both objectifying women and suggesting that betting could enhance personal qualities and attractiveness.

The ad, which was created by Channel 5 Broadcasting and appeared on TV in January, featured two men who are transported from a pub scene in which a woman ignores the men, to a casino filled with women in revealing clothing that show the men attention. As the men walk through the casino they are greeted by female croupiers, while (more) women flock around the men as they begin to bet at roulette table. Later the men are shown celebrating at the casino and back in the pub.

A viewer challenged whether the ad, which focused heavily on the women’s physical appearance, objectified women and was ultimately sexist and offensive.

Daily Star Wins defended the ad by suggesting that the presence of female croupiers, a profession which has historically been “predominantly male-dominated”, placed women in a position of authority over the male players. They said the croupiers were “formally dressed in evening wear”, which was in keeping with how casino employees often dressed. They denied the presence of prejudice, stereotyping or discrimination against women on the basis of their sex.

The ASA, however, found that the ad’s focus on the high proportion of women in the casino as well as their attraction to the men, who appeared to admire the physical appearance of the women, meant that women were used as a significant draw of Daily Star Wins. The ASA thus ruled that the ad objectified women and was likely to incite “serious or widespread offence”.

The ASA also noted that the ad suggested that gambling enhanced personal qualities, such as sexual success or increased attractiveness, since the men were shown more attention by women when they were gambling.

Daily Star Wins argued that the protagonists were shown in the same ordinary clothes throughout the ad, a deliberate creative decision to avoid glamourising gambling, and that their self-image or self-esteem did not improve and no one in the casino was seen interacting with them. The company also argued that the female croupiers looking up from the table as the protagonists walked past reflected the normal behaviour of an employee wishing to acknowledge a customer, as opposed to an implied attempt at seduction.

However, the ASA believed that the growing group of admiring women around the men as they moved through the casino created an impression that gambling had gained them recognition and admiration, and made them more popular and attractive to women.

For both of these reasons, the ad has been banned from appearing again.
RELATED TAGS: Online | Casino | Legal & Regulatory
DISCUSS THIS ARTICLE