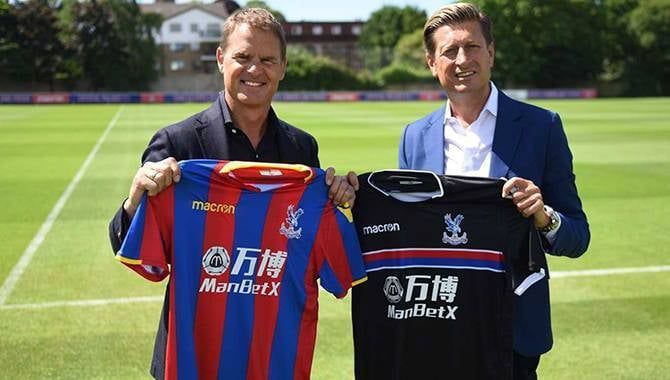 Under the terms of the deal, which sources at the club believe to be the eighth biggest in the Premier League, ManBetX branding will appear on the club's home and away shirts and across its media channels both in the UK and internationally.

In a statement announcing the deal on the club's website, Crystal Palace FC Chairman Steve Parish said: "We are delighted to welcome ManBetX as the club’s official shirt sponsor. The continued growth of our international fanbase and the attraction of Premier League makes the club an attractive partner for ManBetX, and our growing reach around the world gives ManBetX an ideal platform to continue its own brand growth."

The ManBetX logo will feature prominently in the club’s forthcoming participation in the Premier League Asia Trophy which takes place in Hong Kong later this month.

A ManBetX spokesman commented: “It’s a hugely exciting time to partner with a high profile Premier League team like Crystal Palace FC. We’re certain Crystal Palace provides us with the platform to move to new heights and are looking forward to engaging with the Club’s ever-growing fanbase in the UK and worldwide. We’re looking forward to the 2017/18 Premier League season.”