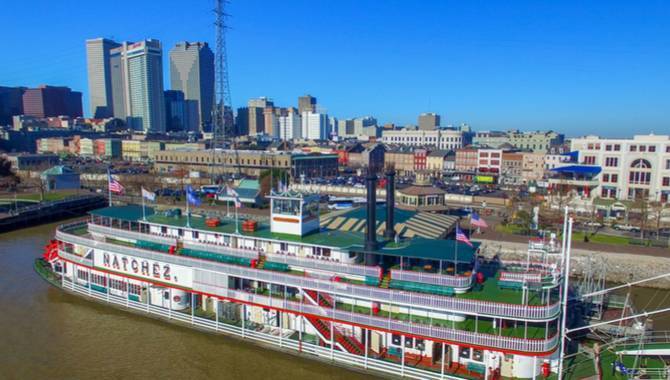 The governor of the US state of Louisiana has signed a bill allowing the states existing riverboat casinos to move in land, following a unanimous approval by the state legislature last month.

Senate Bill 316 was signed into law by Governor John Bel Edwards, having won a vote in the Louisiana Senate 22-14 in April.  The Governor’s approval was the last legal hurdle for Senate Bill 316 to clear.

The bill allows for any of the current 15 riverboat casino operations in Louisiana to move up to 1,200 feet inland from their current locations. This alleviates fears the riverboat casinos establishing themselves anywhere and ensures that they continue to benefit the local economies of where they are currently based.

A size limit to casinos currently set at 30,000 square feet will now be replaced with a new limit of 2,635 gambling machines and seats. This was included with the aim of allowing for more spacious and modern facilities if the riverboats chose to establish themselves inland.

However, Wade D. Duty, executive director of the Louisiana Casino Association, the trade organisation that sought the bills passage into law, sounded a note of caution, saying: “Not everyone will make the move all at once,”

Increasing state revenue received from the gambling operations taxes was the key factor in the bills passage into law. In 2015-16 riverboat casinos raised $415m in taxes for Louisiana’s state budget, making it a vital source of income for both local and state services.

Louisiana Senator Danny Martiny welcomed the signing of the bill into law, saying: “Let’s face it: This is a vital industry here in the state, and we need money”.

However, there are critics who see the bill as a piece of gambling expansion legislation despite its strict regulations, as typified by the 14 Senators who sought voted against the bill.

On the other side of the spectrum there are people such as Senator Ronnie Johns, the man who sponsored the bill and current chair of the Louisiana gaming control board. Speaking about the challenges that lie ahead for those operators moving their casinos on shore, Johns said “We’re talking about $500 million, $600 million, to build a first-class facility. They’re not going to be allowed to move slot machines into some warehouse space. We’re still far behind other states in the way gaming is regulated.”

Although the bill is a step forward in terms of updating the states gambling regulations, it does not signify gambling expansion in the state. House Bill 553 which sought to extend the states only casino license to Caesars Entertainment’s Harrah’s casino for 30 years failed to gain approval from state senators, who were deadlocked.