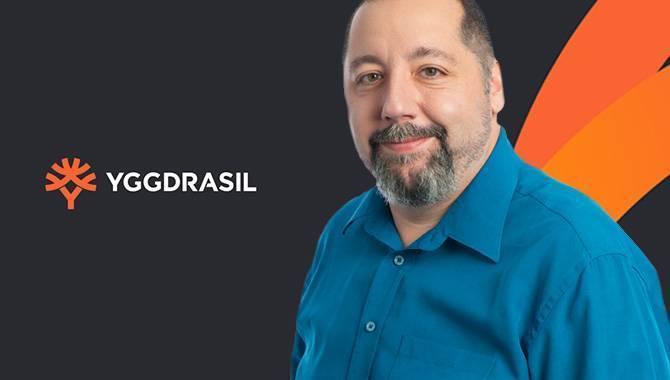 The game, to be released in November, is the result of collaboration between Nitro Circus and Yggdrasil’s three studios in Krakow, Malta and Stockholm.

The slot boasts numerous unique features and even allows players to use sofas and bathtubs instead of bikes – something Nitro Circus athletes have done in real life.

In the build up to its launch, Mifsud and Head of Slots Jonas Strandman (below) spoke to Gambling Insider in Malta about Yggdrasil’s first venture into the branded slot world.

How much input did Nitro Circus have into the design of the game and what did they want to see from the product?

CM: The key to the success of the game is that it needed to represent their brand as much as possible. For the game mechanics, Nitro relied on us and our expertise. For the most part, it was back and forth, working in constant collaboration. We presented Nitro with the bonus game very early on so they could test and examine it as thoroughly as possible because it represents their brand. Obviously, we had to get approval on the imagery of their athletes, their logo and several other intellectual property areas.

They were extremely supportive and let us do what we do best. There were minor things, such as changing images of characters and blurring out sponsors. They were great to work with. I used to work for Disney and I’ve worked with intellectual property in the past with Showtime on the ‘Dexter’ game. This was a very smooth process. Working with Nitro Circus was a dream come true. Their feedback was ‘make a cool game and represent us as best as you can’ and we have done just that. The athletes love the game and the tricks they do within them. We were as realistic as possible with the mechanics, but also made the game as fun and entertaining as possible.

How good a fit is Nitro Circus and are we going to see more branded slot games from Yggdrasil?

CM: It must be the right partner. We were very selective in choosing Nitro Circus, but I wouldn’t rule out us working with other partners. Every year, we’re getting bigger and bigger, but it’s always about maintaining quality and innovation. We never over-extend. Based on the response we have received from this partnership, it’s a definite possibility.

The Nitro Circus slot is great because their European tour is coming up soon (running between November 20th to December 9th). We do marketing campaigns with our customers and, for this, a lot of prizes are going to be VIP packages and merchandise for the Nitro tour. It’s been a true partnership; they’re super excited to jump in. Co-founder Travis Pastrana lends himself whenever he can and has been extremely supportive. Nitro are excited because it’s their first venture into this type of agreement, as it is ours. They were very flexible and easy to work with, despite a nine-hour time difference!

We have found the best extreme sports partner out there and their values match our own, including revolutionising their industry. I wouldn’t rule out working with another extreme sports partner, but it would probably be in another industry if we did another branded slot game, where the brand makes sense for us. 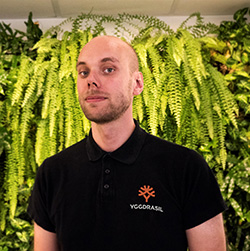 How challenging were the mechanics of the bonus game?

JS: We’ve had this idea for about two years and reached out in 2016. The early discussions took a little longer.

Designing the mechanics was challenging at first, but we also had more than a year to think about it before we were even sure we would make the game. When we came to the point where we knew we were going to make it, we had quite a good baseline idea for how it was going to work.

It’s always a challenge to design and develop new mechanics, both in terms of what the client wants and backend mathematics, and this one was maybe 4/5 in terms of how challenging it was.

Did you encounter any other difficulties specific to producing a branded slot game?

CM: It’s a matter of getting everyone on board regarding timelines. Everyone has their own restrictions – on both sides. It’s back and forth: us getting approvals for things and our brand partner being able to give us timely feedback to make sure the game fits all their legalities. When you’re dealing with intellectual property on branded games, there’s a lot of legalities.

JS: The biggest issue that usually comes up with these kinds of co-operations is when the brand partner finds a problem within an area that was previously approved. Sometimes certain brand partners tend to say ‘what about this’ three weeks after approval, for example, so we have to go back to the drawing board. Luckily, we didn’t encounter this with this project. It all went incredibly smoothly.

Are you targeting a millennial audience with this kind of agreement?

CM: A big part of this game is to attract a new generation of players. While we’re obviously targeting our typical Yggdrasil players, a big thing about this is to bring in players who haven’t necessarily tried slots before but, because of their familiarity with this brand, are inclined to give it a spin.

The more casual feel, especially in the bonus game, lends itself to that. We’re known for our collection games, so that’s nothing new for us, but collections feed into that whole ‘social player’ gaming style so it’s something they’ll be familiar with as well. Bridging in the brand, mechanics and bonus game lends itself well to opening the game to a new demographic.

Is attracting a millennial audience important industry-wide or is that more specific to this product?

CM: In my opinion, it’s hugely important. When I first started working in online gaming seven years ago, everyone was talking about how best to attract a new generation of player whose expectations are higher and who are looking for more unique and personalised experiences.

In the last few years, online gaming has proven it can attract younger and more relevant players but, obviously, if you want to maintain this momentum, you need to open it up to more people and make it even more accessible. This is what Yggdrasil does exceptionally well. We create high-quality products that look cool and instantly grab your attention. We’re trying to appeal to a new type of player base that has that kind of desire and wants that kind of quality.

What are your thoughts on video games like Grand Theft Auto containing gambling games?

CM: Slot games will always try and hit the level of video games in terms of graphics, and we are bringing in more elements of gamification to achieve that. At Yggdrasil, we constantly look to innovate and push the boundaries of what technology can do. Anybody can produce a 3x5 slot and you see a million of those every day. What attracted me to come to Yggdrasil was seeing how their bonus games are played out and how the mechanics changed. We are bringing in more aspects of gamification into our gambling games and have some exciting projects in development.

JS: We draw inspiration from them and them from us, but the business model is very different.

CM: I wouldn’t say the video gaming world is a threat to online gaming. We’re years away from such a situation, because there’s always going to be regulation. Gambling companies are trusted and go through huge amounts of regulation – video game companies would have to go through all that before they could even step into that arena.

What are the most important challenges for the slots industry and are there any obstacles to Yggdrasil’s growth?

CM: We are closely monitoring changes in responsible gaming and constantly ensure we’re as responsible as possible when designing, developing and releasing games. We want to be at the forefront of ongoing discussions and work hard to lead when those issues arise. We want to engage the right people and have the right conversations with the right partners and always look to support our customers.