Performance Predictions CEO: “We’re creating the biggest category in fantasy sports over the next decade” 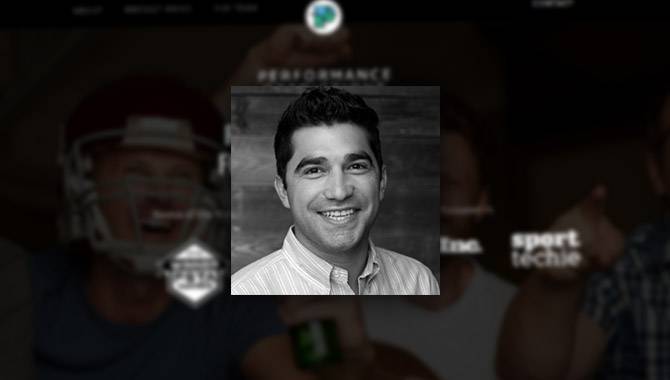 Since the repeal of the Professional and Amateur Sports Protection Act in May, all the talk within the US has been about legalised sports betting.

Not for Adam Wexler.

The Performance Predictions CEO has remained fully focused on daily fantasy sports (DFS), even if that meant seeing “the worst of times” as well as the best.

As Wexler points out, DFS has a nationwide reach within the US, unlike the fledgling legal sports betting market. That’s exactly why he created MyPrizePicks.com - not just the latest DFS product to hit the market, but what Wexler believes will be “the biggest category in fantasy sports over the next decade."

Here, Wexler tells Gambling Insider all about it...

How has your career to date led you to the creation of PrizePicks?

I’ve been a web entrepreneur for over a decade now. This is what you would call my third chapter. I was consulting for the Atlanta Hawks when I kicked off a journey that has now led to MyPrizePicks.com. It’s the third product brought to market in the fantasy sports industry. It’s basically a culmination of everything I’ve done to date in the industry.

I was elected to the board of directors for the Fantasy Sports Trading Association (FSTA) at the beginning of last year, where I currently co-chair the research committee. The general conclusion of some of our research is that a lot of fantasy sports players are already doing sports betting through illegal means, so there is a high crossover between US fantasy players and sports bettors. I’m at the epicentre of the industry domestically.

What kind of challenges have you faced in your DFS career to date and how will they help PrizePicks prosper?

There’s been many. I’ve seen the worst of times and I’ve seen the best of times. One story that I would share is that our previous product, SidePrize, was selected to participate in the Dodgers Accelerator, which was a collection of 10 of the most-promising sports technology companies a couple of years back.

We went out to Los Angeles for a couple of months and, literally the day of our demo was the same day the New York Attorney General said "fantasy sports is all illegal gambling." Needless to say, our intention for scaling that game was completely thwarted by this one man, who recently was removed from office for completely separate reasons. When New York took that stand, a lot of other states followed their lead and a lot of our investment and innovation came to a screeching halt.

But I always saw light at the end of the tunnel. I knew consumers were still going to play DFS in the US. I just needed to come up with a viable formula and taking all those learnings is ultimately where we landed with PrizePicks.

Tell us about PrizePicks; how can it stand out from the crowd?

Our goal with this game was to create the most simple, fast and fun fantasy format possible. You pick two to four athletes, which you can mix and match across different teams and even different sports. All you’re doing is determining whether these athletes will go over or under their projected fantasy score. Everybody who signs up gets a free initial entry to win $25 if you get it right. Depending on the number of players you pick, the winning multiplier will be higher. We literally want you in and out of our app in less than a minute. We want this to be the best companion to your sports viewing on a nightly basis.

We try to dumb it down as much as possible. Compared to FanDuel, DraftKings and traditional DFS, those games are very cumbersome, they take a lot of research; you’re going up against sharks all day long. People were just not winning nearly enough. I view our game as a compliment to the season-long fantasy player’s experience. The season-long fantasy player is studying on a weekly basis, competing with their friends but they also want a little more action going on a day-to-day basis. The target audience for this game is not the sharks but the more casual fantasy players who want a little more action.

What do you think the most popular sport will be on PrizePicks and do you have any plans to incorporate the Premier League?

Both of those are interesting questions. For starters, while the NFL is surely the number one most-popular fantasy sport to date, our format is very conducive to basketball. We believe basketball will be our number one revenue-generating sport. Obviously, the volume is much greater and our game is very visual in nature, so people recognise LeBron James and Steph Curry. Whereas a lot of football players are hidden behind their helmets, so not everyone knows what Todd Gurley looks like, for example. Our game will also heat up during the play-offs, with five and seven-game play-offs in basketball. Plus, it’s a longer season, which is more beneficial for us overall.

To date, we have done MLS as well as the World Cup. We ultimately decided to forgo the Premier League this fall, because the lines would be very new. We’re inventing a category here and want to create our own lines. We’ve created a proprietary index from a variety of sources and have put those together alongside our customer behaviour data. We’re not trying to reinvent the scoring systems. We try to make the scoring system as close to the existing season-long fantasy formats as possible.

Which markets will you be operating in?

From a legality standpoint, this game can operate in up to 41 states. Because we believe this is a mainstream game and format, we feel comfortable operating in just 25 states. Unlike FanDuel or DraftKings, where I personally believe that’s a very niche format, in our case we’re trying to dumb it down so that people can make their picks in less than a minute. So we would like to think this appeals to a much wider audience.

Are you confident a large chunk of losing players in the season-long leagues will turn to PrizePicks?

If your real-world favourite team isn’t doing well and if you’re not doing well in your fantasy league, our game provides you with a brand new season every single day, no matter how you’re doing overall. Every day, you have a chance to win; it’s not dependant on other people, it’s you against yourself at the end of the day and your prediction skills.

Where do you stand on the distinction between DFS and sports betting?

Over the last couple of years, 20 different states have clearly articulated what fantasy sports contests are, so it’s not necessarily for me to say exactly what the difference is. But the main requirement is that a legal fantasy contest must involve multiple players from multiple teams. We would not allow you to put in two players for the Cubs as part of your selection. We’ve built that restriction in because that would be considered an illegal sports bet.

With sports betting opening up in the US, how do you see DFS faring in the future?

One thing important to point out is that fantasy sports has become synonymous with the ‘salary cap’ format. But there’s a variety of different formats. So the question is probably better posed in regards to each particular format. In regards to our format, I think the easiest way to explain it is: with legalised sports betting, that’s currently only in place in five states. Only two of those states are allowing digital or mobile methods. Currently, with our game, we could operate in up to 41 states. In conjunction with our launch, we’ll be in 25 states, which is over 10 times larger than what you can do with sports betting on mobile. Our digital footprint is substantially larger and will remain that way for a good while to come.

How fair is it to say DFS benefits from a lack of sports betting regulation? If 30 different states had sports betting, would that change things significantly for PrizePicks?

It’s a great question. Here is probably the biggest distinction that I explain to people, especially having been the co-chair for the FSTA. What most people, especially across the pond, may not fully grasp is that, because we did not have legalised sports betting in the US, I grew up playing fantasy sports. So I grew up predicting player performance more than team performance on a daily or weekly basis. We have essentially created a means of predicting player performance that is more in line with the US millennial audience. We believe this is a product that’s very well suited, with or without sports betting, but we also believe it’s very advantageous that we don’t have to compete for market share with legalised sports betting.

Would Performance Predictions ever expand into sports betting?

For so many reasons I’ve outlined, we are pretty set on a solution like ours that is solely focused on player performance and predictions. I think that is very well aligned with the US market. Would I shut down the possibility of following FanDuel and DraftKings and developing a completely separate product that would include teams? No, of course, we’d be open to it. But I think there’s so much deeper we can go with our player-based format. I can’t even see beyond that right now.

Where do you hope to see PrizePicks in five years’ time?

I think it’s pretty simple. I’m pretty convinced, and I think our private beta testers would attest to this, that we’re creating the biggest category in fantasy sports over the next decade. We’re at the forefront of it right now; I expect others to get in. But, in the meantime, we are pioneering this brand new category. Imagine the FanDuel of 2012. It’s a similar dynamic in that sense. A lot of media companies, casino groups and the like are trying to figure out how to break into the legalised sports betting market. While legalised sports betting is relegated to only a handful of states right now, a solution like ours is applicable in the great majority of the US. This is one of the most viable ways to appeal to a wide demographic.