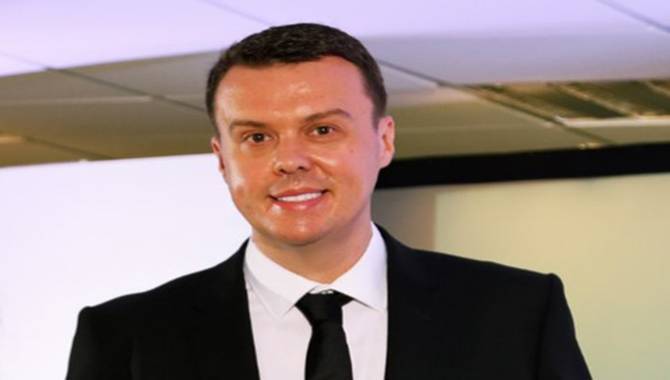 Last season, the Asian operator was Swansea City's shirt sponsor and the deal provided LeTou all the visibility it could wish for. Off the back of that success, LeTou now boasts a betting partnership with Serie A giants Inter Milan.

But that form of advertising could be under threat in the Premier League if certain regulators are to have their way. Not only has the Italian government outlawed all gambling advertising and football betting sponsorships, the UK’s Labour Party has recently declared a tough stance on the issue.

Fox is well aware of the developments and, speaking exclusively to Gambling Insider, the LeTou CEO offered his thoughts on the benefits of Premier League sponsorships and the political factors behind any regulation that would stop them.

Going one step further, Fox also suggested an "exceptionally straightforward" policy that could "make a real difference" for problem gamblers...

Did LeTou’s sponsorship of Swansea City live up to your expectations in terms of brand exposure and ROI?

In terms of living up to expectations, for brand exposure, yes, it really got our brand name out there. Return on investment is a very tricky one to measure. Premier League sponsorships now cost a lot of money, so the honest answer to that would be it’s very hard to quantify. On days when Swansea had an early kick-off against a big team like Manchester United and you have the LED boards in the stadium, there might be a slight upturn but not that much. It’s more about branding.

Why did the partnership not continue? Do you plan more in the future?

My strategy was, for the first year, just get the brand name out there. Football clubs will often try and tie you in to long-term deals, which I didn’t really want to do. The most bang for your buck in terms of exposure is in that first year, when you go from zero exposure to all over Premier League exposure. My strategy was, for the first year, go on the jersey of a not-so-popular football team and, from there, you transfer to becoming a partner of a top-tier Champions League team, which is what we’ve done with Inter Milan. But, obviously, with a top Champions League team, they’re not going to have a gambling company on the jersey anymore.

If you, out of the gates on year one, become a betting partner of a top-tier team, there’s no visibility for the brand and the logo. From there, you transition to become a betting partner of a top-tier team. The reason I chose Inter is because it’s a unique opportunity with Inter being owned by Suning. Suning own PPTV, who broadcast all the top football leagues in China. They have retail outlets for selling jerseys, so you’re really plugging into that ecosystem. We’re also talking to a few more clubs at the moment.

How much do you think the UK gambling industry should be self-regulating?

I think gambling operators are doing a lot. They can do more. In anything, I’m always in favour of a pragmatic, partisan approach, where you work together. One thing that I think should be done: any transaction has a code. In the gambling industry, the code is called a 7995. If I banked with the Royal Bank of Scotland and I was a compulsive gambler, if I wanted to stop but I closed one gambling account down, I can open up another one and everyday there’s new firms popping up. There’s just an unlimited amount of gambling companies; I know that I can always set up a new account with someone else.

If I could go to my bank and tell the Royal Bank of Scotland that I have a gambling problem and don’t want to gamble, all the bank has to do is block the 7995 and, any time I try to deposit, I won’t be able to. That’s something that would require the government, the banks and the gambling companies to work together. But it’s an easy thing to do. The banks just hit a switch and the 7995 is blocked on someone’s account. It’s exceptionally straightforward and that’s what I recommend. It’s a lot easier to open a gambling account than a bank account.

Considering developments in Italy and the discussion in the UK, do you think there will be a trend of regulation spreading across Europe?

It’s very tricky. That kind of populist movement in Italy is largely what’s created that. Germany, which is a lot more bureaucratic, has stalled with its legislation. Spain, on the other hand, is looking to generate revenue, so is moving towards it. So it really depends on the country.

One thing you have to remember about the Labour Party in the UK is it was them who were responsible for opening up the gambling market.

What would you say could be done to improve the lines of communication between operators and regulators?

More face-to-face meetings but more common-sense meetings, as well, would help, without one trying to demonise the other and just trying to be on the same page. More pragmatic solutions like the 7995 policy, which I think is a fair thing to do, would make a real difference for problem gamblers.

How are operators responding since news broke of the reduction in maximum stakes for Fixed-Odds Betting Terminals from £100 to £2?

Again, that’s a challenging one because, for a lot of companies like ourselves, it doesn’t affect us as we’re online operators. Whether it’s Bet365 or one of the many Asian operators like ourselves, it has zero impact on our business. It’s the companies that are more focused on brick and mortar, like William Hill, for example. It will have a real negative impact on them. But the GVC Group who have acquired Ladbrokes Coral have been a lot more ruthless in saying ‘look, if a shop’s not profitable, it’s going to shut,’ so it really depends. For those that are heavily weighted towards brick and mortar, it’s going to be a massive problem.

How effective would a gambling advertising ban during live sport, like the one imposed in Australia, be and how realistic is the chance of one being implemented in the UK?

I think revenues could initially have a slight downturn but I don’t think it would be anything groundbreaking. I don’t think it’s particularly effective and I don’t think it’s the way to go about it. If Labour do get into power, then we could be looking at a blanket ban. Whether Labour will get into power or not, who knows. They certainly look like they’re switching their stance on Brexit. There’s so many external factors and variables at play.

Would you say the gambling industry will always be an easy target for policy makers due to its reputation and political pressure or can companies genuinely change their image?

I think it will always be a target but it’ll be more of a target for political parties that are less business-focused, like the Labour Party. The Conservative Party can see the size and scale of these businesses. If you take a city like Stoke-on-Trent, which is already a working-class area, and removed Bet365 from that city, that city dies a death. The gambling industry employs a lot of people, generally makes a lot of revenue and a lot of gambling companies are FTSE 100 companies; I think the Conservative Party are a bit more understanding of that. I think the Labour Party – and particularly Deputy Leader Tom Watson – are completely anti-gambling, despite what they say. They want to turn the country into a nanny state and impose a blanket ban.

Fox was speaking exclusively to Gambling Insider for the November/December issue. Sign up here to read the other part of the interview when it is published.