First impressions: What should the gambling industry make of Mims Davies?

In Tracey Crouch, the UK gambling industry knew exactly what it was getting. 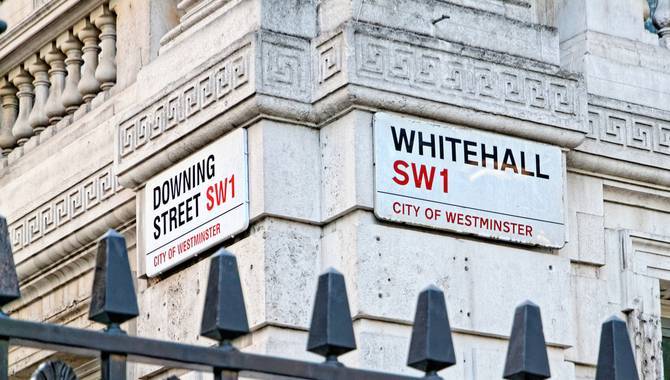 The former Minister for Sport and Civil Society, armed with all kinds of table tennis bats, campaigned endlessly against what seemed like anything gambling related; certainly anything to do with fixed-odds betting terminals (FOBT). She was quick to highlight any statistics she could to embarrass the sector, whether these had any basis or not, and ultimately fell on her sword, resigning after new FOBT measures were initially delayed.

Whether she truly did this to force through the U-turn which followed just a week later, or to manipulate public opinion and further her own political career, is unclear. What was always clear from the start, however, was her attitude towards gambling.

So, with fresh reports suggesting there could soon be a voluntary whistle-to-whistle advertising ban for sports betting operators, what can the industry expect from her successor?

In her first notable address to the gambling sector since replacing Crouch, Mims Davies spoke at the sixth annual GambleAware conference in London on Wednesday. Using a few clues from her speech, Gambling Insider deduced some first impressions of the new Minister.

Thanks but no thanks

As most successors will, Davies started by paying tribute to Crouch and the Department of Culture, Media and Society’s (DCMS) "great legacy."

"But I want to be very clear," she pressed on, "the publication of the Gambling Review did not mark the end of government action. We will act where there is evidence of harm and will always keep issues under review, as is our responsibility.”

An early warning. How sure can operators be of its sincerity? At this early stage, it could all be bluster – like any new leader looking to stamp their authority – but the sentiment is there.

Where Davies made her first real stand was on the issue of credit card gambling. In September, Labour Deputy Leader Tom Watson insisted his party would impose a ban on gambling with credit cards if it gained power in the next General Election. Normally, there isn’t much the Conservatives and Labour agree on.

They just might on this issue. According to Davies: “There are increasing concerns around people gambling on credit cards and whether this should be permitted." It is something the government "are already looking into in detail to understand the full situation and consider if action in this space is needed."

This perhaps serves as a greater warning than the 43-year-old’s more generic opening. An objective look at "the full situation" might be exactly what the industry needs. But if an "objective look" means another one-sided persecution of the gambling sector, another uphill battle may be on the cards.

From one form of credit to another, it was refreshing to see Davies acknowledge a "substantial increase" in industry donations to tackle problem gambling. Of the Minister’s lengthy focus on gambling-related harm, this was perhaps the most notable takeaway point. While much of what Davies discussed fulfilled the requirement of a politician addressing a sensitive topic, it’s undeniable that much of it was rhetoric.

A genuine acceptance of good gambling industry deeds, however, is particularly striking considering Crouch's approach at the peak of her powers. Davies did follow this up by stressing a "mandatory levy" may still be imposed and that gambling operator profits are not her "prime concern."

But there was fairness in the context here. These measures are to be considered only "if" the voluntary system fails.

Reading between the lines

As is to be expected, the Minister for Sport and Civil Society touched on numerous further issues, such as recent research into under-aged gambling and the (eventually) newly-confirmed measures on FOBTs. Gambling firms reading between the lines, though, only needed to follow a small part of these.

There was, for instance, a veiled threat to the online sector. The industry "now has clarity on timings for implementation," according to Davies. She followed that by describing online gambling as "increasing the ability to hide gambling from people around you" and highlighting the role online operators must play in protecting customers.

Ultimately, there was nothing out of the ordinary in this section of Davies’ talk. Just a little something to keep online operators on their toes.

Davies finished on a positive note for the industry: an open invitation for "gambling and technology executives to discuss best practice for protecting customers." Again, it’s too early to tell whether this demonstrates genuine commitment. Yet a fresh dialogue between government, gambling firms and the Gambling Commission can only ever be a good thing.

"As the industry continues to evolve and adopt new technologies, we need to keep pace in terms of regulation and protecting players," she concluded. "Let me be clear, I expect industry to take action where they believe harm is taking place and I expect them to take steps to minimise it.

"I look forward to working with you all. Together, we can make a real difference."

There, the new Minister certainly isn’t wrong. But just how closely the government will really work with the industry is another matter entirely. How Davies manages the current advertising situation will be our first real indication.