Debate: Is a complete gambling ad ban during live sport in the UK necessary?

Before confirmation that the Industry Group for Responsible Gambling (IGRG) will implement a whistle-to-whistle ban on all TV betting adverts during pre-watershed live sport in the UK, the Gambling Insider editorial team debated whether this is the right move. 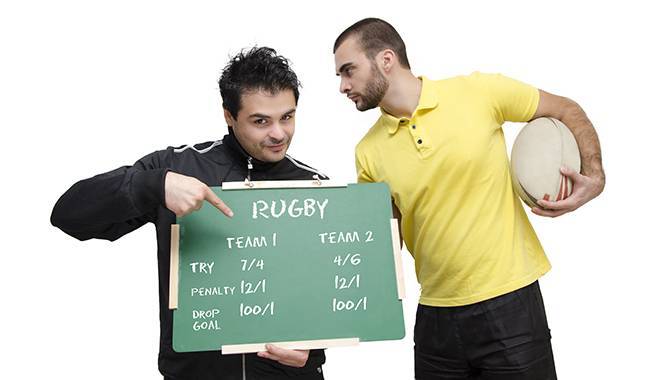 Is it the perfect remedy? No. Is Sky’s proposed limitation of adverts to one per commercial break a suitable alternative? Yes.

Crucially, though, the main benefit of the RGA coming together and undertaking something like this as a united front (if it does confirm the measure) is the good it will do for the industry’s image. As we saw with the fixed-odds betting terminal (FOBT) saga, industry inaction and infighting did the gambling sector’s reputation a world of harm. Despite fighting back, operators were still hit with the very sanctions they so actively opposed.

Here, a voluntary whistle-to-whistle ban would certainly be a proactive step. Whether a reduction in television advertising really helps stop problem gambling is unclear. But, at the very least, gambling companies are showing a willingness to find out.

At the end of the day, there are far too many poor-quality gambling adverts on television. Operators can spend their money much more wisely and people with no interest in gambling don’t need their screens polluted with endless betting ads.

Whistle-to-whistle prohibition may be a little extreme. But it’s far less extreme than the industry sleepwalking its way towards another set of government-imposed restrictions.

A ban on TV gambling ads from the start to end of sporting events would not help those the measure hopes to protect; a limit, rather than a ban, across all sports is more likely to produce a positive relationship between the RGA and industry operators, and therefore benefit customers.

It’s a slippery slope to go down, and if taken too far, it may be difficult to gain traction and climb back up.

Betting can have a negative effect on gamblers; nobody is arguing that, but the means to protect them must be born from empirical studies.

The ban seems like a knee-jerk reaction to a serious problem and political pressures. Just as with the lowering of stakes on FOBTs, it is not yet clear how much this will help.

Sure, fewer ads on TV means less information distributed to the public, but the volume of online ads outweighs those on TV, and they can be tailored with a personal approach. They can pop-up on social media, forums and publishing sites, with Google Adsense allowing ads that follow its guidelines and local law.

A healthy relationship between operators and regulators would be more beneficial. An agreed-upon limit would pave the way for ongoing discussions, and that is essential when technology can outpace legislation and businesses find new ways of communicating with established and potential players.

Sponsoring team’s shirts and naming stadiums are examples of those methods, and they could be examined next if the whistle-to-whistle ban goes ahead.

When first hearing about the RGA's discussions, my initial reaction was overall a fairly positive one. Football is flooded with gambling ads, in and amongst a rare takeaway advert at half-time, and this needs to be addressed.

Yet looking further into the ban, one sport which appears to have evaded any action is horseracing. A sport which clearly heavily relies on gambling to fuel its audience has been given a free reign to carry on forcing adverts down pundit's throats.

The sport is one which appears to be struggling to entice a new, younger audience and a gambling ban or restriction on the sport would clearly have strong repercussions, especially with the introduction of Sky Sports Racing on 1 January 2019.

If the ban is to be put in place, the restriction should be applied to every sport, rather than favouring sports which are perceived as “weaker” compared to football, for example.

The idea of bringing in the option to have alternative adverts as of 2020 is a positive however, and one which will hopefully prevent younger people with gambling addictions from being sucked into promotional offerings.

Volunteering to put the ban in place may appear as though companies are doing the right thing but until this is equal across every sport, they are only choosing to help a select group of people.

Generally speaking, TV advertisements are dull, unimaginative and forgettable, and gambling adverts are seldom an exception. I struggle to remember the last time I watched a three-minute commercial break in its entirety; who has the attention span for that in 2018?

The point is I’ve often got too many other things to be worrying about than to be analysing the types of adverts I see or letting myself be worked up about who buys advertising slots. I don’t feel frustrated at daytime ads asking me if I’ve ever been in an accident that wasn’t my fault, and I don’t particularly care if Ray Winstone keeps asking me if I fancy a bet on football.

I’ve never really understood the argument about the wrongs of children viewing the ads and the “normalising” of gambling. Growing up, I used to see Marlboro advertise on the back of Ferrari’s Formula 1 cars, but that didn’t mean my child self was pestering my parents for a pack of 20, nor would any sensible shop assistant have ever sold it to me.

However, the industry does need to learn from previous mistakes, such as its fight over FOBTs, which led to the worst-case scenario, and a stubborn, unrelenting argument could lead to a complete ban, as we are set to see in Italy.

Some form of compromise does need to be reached to preserve the industry’s image, and perhaps a limit on gambling advertisements during live sports broadcasts is the way to go, but a complete ban during the event feels a step too far, especially without relevant research that can show links between advertising and addiction.