Paf CEO exclusive: Gambling needs to get the trust back in Europe

"We need to get the trust back in Europe. We talk about marketing bans spreading – that’s not the way we want to go. We need to clean up; let’s be transparent – that’s the first step." 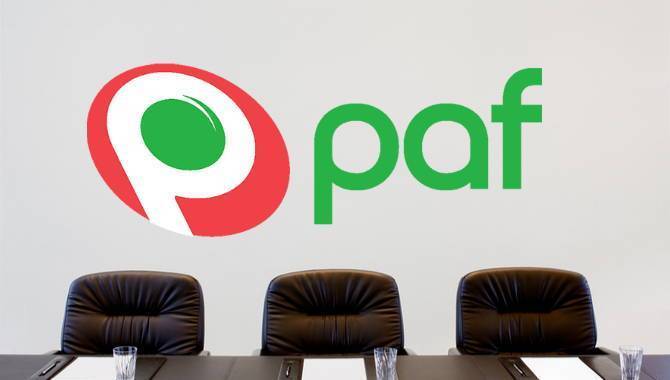 That’s the view of Paf CEO Christer Fahlstedt, who Gambling Insider caught up with for an exclusive chat following the operator’s new responsible gambling initiative.

After imposing a "loss limit" of €30,000 ($34,000) a year for individual players, Paf has gone one step further by publishing the figures behind its different player segments. The restriction on player losses lost the company €4m in "high roller" revenue for 2018 – but that has been offset by recreational players who lost between €0.01 and €8,000.

With this healthier balance of revenue, it is no surprise to see Paf publicise such tallies. CEO Fahlstedt is now calling on others to follow suit.

This is certainly a one-of-a-kind initiative. Can you tell us more about the thinking behind it?

Absolutely. It’s caused a bit of a stir and we’re happy to see that; obviously, that’s the point. If you look at this industry, it’s a bit strange it hasn’t been talked about. Everyone who’s an insider in this industry knows how big of an impact a tiny part of the customer base has on the profitability of a company. But, still, there’s no analysts talking about this. Regulators don’t speak so much about it, either.

We want to raise this issue and put it on the table, leading by example. We also want to see if anyone else wants to follow: we don’t know if our numbers are good or bad because there’s no one to benchmark with. To me, companies showing a large recreational player base would be a sign of strength and sustainability. There’s a lot to be gained from being transparent with these things.

How did the planning for this process come about?

We’re state-owned so this was a directive from our owners. They need to be able to see how the money we generate, which obviously goes to charitable causes, is made. We had a lot of internal discussions and came up with our loss cap of €30,000. We then said we need to educate stakeholders around the industry that this is the way it looks. Otherwise, we will not be competitive.

If we are the only ones who put these things in place, we will struggle to compete. Publicising the impact of the loss limit was a natural step; we now want to know what people are saying, what the authorities will say about it and what financial analysts will say. This was the second phase of our initiative.

Was there any internal opposition to the strategy; did people worry about the initiative’s risks?

Absolutely; if you speak to someone who’s not an insider in the industry and say we think we’ve done a good thing by limiting at €30,000, they will be shocked. That’s the truth. There are not so many players out there who can afford to lose that amount and what is often called a VIP segment in this industry is probably not as glamorous as you think.

We get a lot of backlash from those outside the industry. We don’t get any love for our loss limit; outsiders say we should probably cap it at €1,500. If we do that, we wouldn’t be able to compete and I think this would probably not be a fair limit. But this is the kind of thing we need to discuss: what is reasonable?

The reason we chose that figure is because it’s in line with what the state monopoly in Norway has and also what the state monopoly in Finland has. There are some small differences but they are roughly at €30,000. What we really would like to see is for regulators around Europe to say how much is acceptable to lose. Otherwise, you will end up in a situation where operators with a stricter, more responsible policy will not be as competitive as those who are not as strict.

You’ve urged other companies to follow suit; how realistic do you think the prospects of this are?

Look at The Stars Group with Sky Bet; I’m sure their numbers will look pretty good. If you compare that with other operators out there, I think The Stars Group would get a higher multiple – although I don’t know I am just guessing here – and probably show their revenue base is more sustainable. The key question here is: is it sustainable to have individuals losing more than €30,000 every year? Will they be there next year or in five years’ time? I think it’s a really, really interesting topic to discuss. That also has a lot to do with what the future earning potential of this brand is.

We’re in the Nordic region and we have seen a lot of regulatory changes recently. We’re looking very much towards what the authorities are doing here. In Sweden, we can ask authorities for information about competitors – they can choose not to publish it but we think “why wouldn’t they?” We think, with time, this is something everyone will have to be transparent with. We need to get the trust back in Europe. We talk about marketing bans spreading – that’s not the way we want to go. We need to clean up; let’s be transparent – that’s the first step.