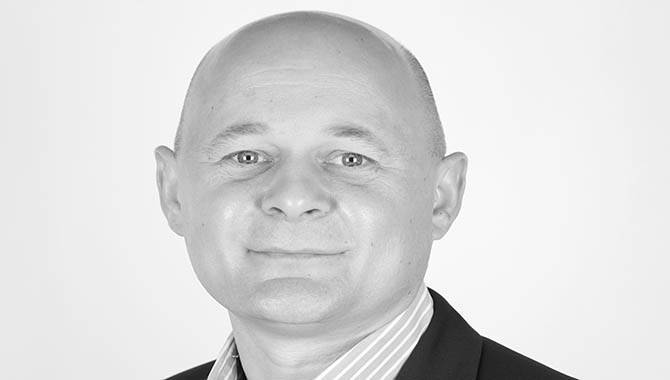 Gambling Insider caught up exclusively with Bader to find out exactly what the Austria-based exec meant by this.

To start us off, can you tell us a little bit about MuchBetter’s background?

MuchBetter is a consumer-facing e-wallet and payment product, primarily used in gaming at the moment. We connect consumers and merchants and allow customers to move funds with just one tap in our app. We operate across 160 countries and we’ve been in the market for about 18 months.

You can use debit cards, bank accounts and crypto-currency options with MuchBetter. We have now integrated around 150 gaming platforms. This includes some of the major brands, like The Stars Group, Lottoland and GVC. I’m one of the founders and have been in payments for over 25 years. All the commercial activity sits on my plate.

Off the back of that introduction, how does the regulatory situation in Germany affect you? Are you directly impacted or does it mainly affect your partners and clients?

It affects us directly and we’ve been following the developments in Germany very closely. Germany has taken a very tough position over the last 12 months by trying to enforce payment blocking. I would say every payment service provider working in the gaming space has received letters from the German Ministry over the last year, requesting feedback and a position on why they support illegal gambling in Germany. They are basically threatening to send out cease and desist orders.

A lot of payment suppliers have been under pressure and have had to make legal arguments to justify what they’ve been doing. So the last 12 months haven’t been easy and where we go from here is very important for every payment provider working within German gaming.

Would it be fair to say German gaming regulation is in a disorderly state at the moment?

Yes and it has been for the last couple of years. There were a number of attempts to look into online but also land-based gambling. In Germany, gambling is judged on a state-by-state basis, so it’s not on a federal level. The different states couldn’t agree on which forms of gaming should be permitted, as well as the details around it such as player protection. There was fierce lobbying from different lottery groups and state-owned operators, who were arguing the privatisation of online gaming would destroy the welfare state (as lottery groups would lose the contributions they make to art, sport etc.).

Multiple attempts were made to find a compromise but, in the end, the State Treaty for Online Gaming just said any form of gaming is prohibited unless it is operated by a government institution. About two and a half years ago, there was an attempt to license sports betting but this was restricted to 20 licenses only. Around a hundred applied, which ended up going to court as so many applicants were rejected and it wasn’t really transparent why they were rejected.

This has all created uncertainty for banks and payment providers. On top of this, all you see on German television is advertising for sports betting. It’s everywhere but, at the same time, it’s prohibited. So it has created a lot of confusion for operators, customers and suppliers. The only ones happy with the situation are lawyers, who had a good time sending out lots of bills!

Where we are right now is we have at least seen some common sense and people understand things need to change. Announcing the desire to legalise sports betting is a good first step but it’s still not in touch with reality. It’s difficult to say yes to sports betting but no to in-play sports betting and verticals like casino. Germany needs to look at Belgium and Denmark as examples, which have done a good job with regulating gaming.

Is the unlicensed sector thriving in Germany as a result of these regulatory problems?

Right now, you could say any operator in Germany is, by definition, illegal. They are tolerated – this is even what the Ministry says, if you are lucky enough to get one of their letters. They have talked about tolerated forms of gaming and illegal forms. The illegal category includes anything predominantly casino, secondary lottery operators and poker. But even bingo and scratch cards would be illegal.

The only thing they tolerate is sports betting. The issue here is they only considered those shortlisted two and a half years ago, which doesn’t include big companies like Bet365 or Tipico. This makes it very difficult for a bank or payment provider to understand whether a customer is betting illegally or not.

My best guess is now operators are trying to comply; they will be cleaning up and trying to please the regulator. They will probably do whatever is required not to close that door to Germany. In the short term, they may even stop offering games the state considers illegal. In parallel, they will continue lobbying the State Treaty for Online Gaming, as it is being re-discussed until the end of 2021, for it to include forms like poker and casino.

Often, there are historical and cultural factors for why a particular vertical is frowned upon. What exactly is the political motivation behind prohibiting casino and poker in Germany?

It’s down to player protection. There is the opinion casino games are too quick and that any random number-generated game is always in favour of the house. There is said to be no element of knowledge or skill involved in the outcome.

If you place a bet on a match and put down $50 on Manchester City beating Chelsea, it’s a 90-minute event and you know if you win or lose after the event. With casino, you could basically lose $50 every 10 seconds, so there is no cool-down period. The worry is it’s very fast paced and can drive people into debt quickly.

The same is thought of in-play betting. If you can constantly bet within a 90-minute match, there’s a casino-like result at the end of the day. Those are the arguments tabled, where they say casino games are very difficult to control. This is especially so while gambling in Germany is available for people at the age of 18, so it’s all about player protection.

Yes, it’s €1,000 per player per month for sports betting. This is very difficult in terms of whether it’s per operator or a €1,000 budget aggregated across any operator. How would you then audit this and is it the payment provider, operator or customer who looks into this? This is all about player protection.

When you recently said the approval of the Treaty was an opportunity missed, what more were you hoping could have been done?

I was hoping for a clearer message about what regulators want to do in the next two years in terms of the scope of the Treaty. I would have hoped they stated they will consider casino and poker, or at least take it into consideration. This would have brought a lot of certainty to the market and a bit of relief. By leaving this completely unclear, this for me was an opportunity missed in putting some clarification in place.

It is also an opportunity missed in terms of clarifying for stakeholders like us and other payment companies. How do we need to behave? How can we be a good actor and not a bad actor? For me, I have no idea right now whether I should be reaching out to the regulator, whether there are any sort of guidelines for me as a payments provider.

If you, as a payment provider, sign with a gaming operator and they operate multiple brands in multiple markets, it is very difficult to determine whether somebody is using MuchBetter in Germany for casino or sports betting. The only method to ensure full compliance for us would be to not operate at all in Germany. Overall, this Treaty was a half-baked solution.

What would be the ideal next step for you, to offer a more sustainable alternative?

I still have a feeling some states and politicians involved are not really motivated and convinced by online gaming. They are still probably against the whole thought and dragging it along because of the pressure they previously faced from operators threatening to leave the market. I sense the measures so far have been a reply to the high pressure but not a highly motivated “yes, let’s do this” kind of response.

What needs to happen to make it a sustainable solution? They need to call in all stakeholders who have a vested interest in gaming: the payment suppliers, the operators and also player protection and responsible gaming associations. Everybody needs to come together and create a taskforce of some form, where they can sit down in a structured, organised and open way and discuss a reasonable approach.

If the same people who have failed three times before come up with something and tell the market “this is our new gaming legislation,” I have a feeling we’ll be looking at a fourth failure. They need to involve people from the industry, in a good exchange with politicians, to come up with a sensible framework.

That’s certainly something every jurisdiction can relate to. Just a little bit of co-operation and collaboration can make a world of difference.

Yes, Germany is a huge market and it’s the biggest economy in Europe by population and gross national product. Gambling is equally a massive market but it’s been messed about with in Germany. To address all the relevant topics like anti-money laundering and responsible gaming, you have to have a dialogue and exchange between stakeholders within the gaming ecosystem.

Over the next couple of weeks, I’ll be paying attention to how applications for licenses are treated and seeing how different the process is this time. The state of Hesse is taking the lead; it is the biggest supporter of the state-run lottery so there is naturally some conflict. Last time, the state of Hesse was supported by the same law firm that represents the national lottery.

Whether there is now a different approach will tell you a lot about the current political mentality. If it’s the same application process as before, I’ll be very pessimistic about what we’re looking at in 2021.